As we matured, we became leaders for clean water rights. 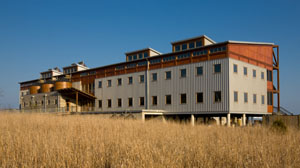 The U.S. Green Building Council presented the world's first Platinum LEED Award for environmental sustainability to CBF for the innovation carried out in the building of CBF's headquarters, the Philip Merrill Environmental Center. 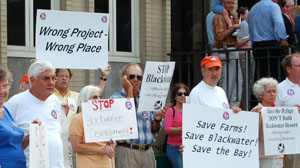 A citizen supported CBF campaign stopped a $1-billion golf, housing and retail complex called Blackwater Resort on Maryland's Eastern Shore. The sprawling development would have been built on non-tidal wetlands and farm fields and polluted one of the region's gems, the Blackwater National Wildlife Refuge.

The Virginia Supreme Court unanimously ruled in favor of CBF in a landmark case against Philip Morris USA. The decision recognized citizens' groups standing to bring court challenges on behalf of their members. 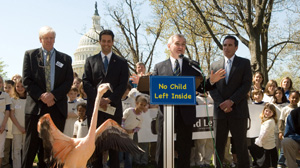 CBF's Vice President for Education, Don Baugh, founded No Child Left Inside Coalition, a national partnership of more than 2,000 organizational and business members, that provides support and funding for environmental education.