From the Desk of Alan Girard 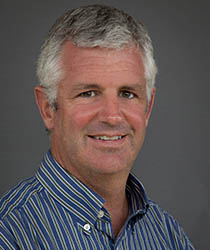 Although this year's higher-than-normal influx of freshwater has thrown off the Bay's ecosystem, it could also benefit the Bay in several ways.

In late July, it seemed the rain wouldn't stop. Because of the increased volume of water from the storms, the flood gates were opened at Conowingo Dam. Pollution—along with tons of debris—washed from farm fields and towns in Pennsylvania and flowed unmitigated through the dam. Much of the visible pollution, like trash and tree limbs, ended up on Maryland's shorelines.

The July rain was followed by a second major influx of freshwater in September—the rainiest in Maryland since Tropical Storm Lee hit in 2011.

Scientists monitoring the Bay have warned that the freshwater could reduce salinity levels enough to potentially harm oyster populations. Peter Tango, the Chesapeake Bay Monitoring Coordinator for the United States Geological Survey, is continuing to compile data to better inform scientists about the effects of the freshwater. According to Tango, the primary concerns at this point are the volume of nutrients and sediment that entered the Bay and whether pollution-reduction efforts—such as urban stormwater infrastructure and streamside forest buffers—will be able to mitigate the inflow. “Conditions may not be as bad as they could be if we are not doing those sorts of mitigation activities.”

As monitoring continues, there are other signs that important Bay indicators may not have been significantly affected. Brooke Landry, who studies Bay grasses for Maryland's Department of Natural Resources, reported in August that the large underwater grass field in the Susquehanna Flats appeared to have weathered the heavy July rains. Her photos of the grass bed showed clear water in the beds.*

The freshwater's effect on the Bay's oyster population is not clear. One positive outcome could be lower disease rates. Tango notes in his monitoring data released in October* that after Tropical Storm Lee hit, oyster populations experienced high mortality in upper parts of the Bay, but had “excellent Bay-wide survival.” Lower salinity waters reduce the prevalence of diseases, according to the National Oceanic and Atmospheric Administration (NOAA).

What remains unclear about the surge of freshwater in the Bay is its potential long-term effects. CBF's Maryland Senior Scientist Doug Myers says the biggest unknown is whether the pollution that likely flowed into the Bay over the summer and fall could increase the Bay's dead zone next year. And, these pollutants fuel algal blooms, which can prevent sunlight from reaching Bay grasses.

Tango said effects on the Bay don't typically carry over from year to year. Normally, he said, the Bay is very responsive to impacts that happen within the year.