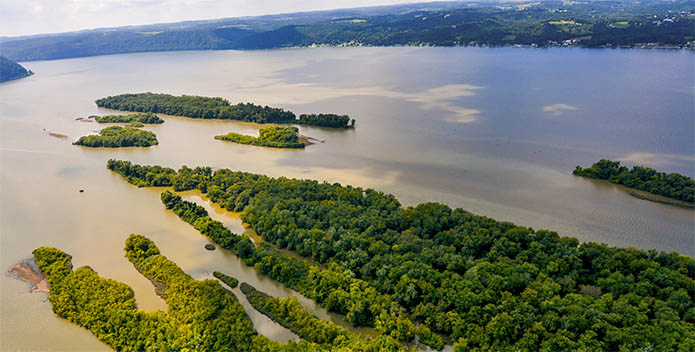 The section of the Susquehanna considered to be impaired for aquatic life runs from the mouth of the Juniata River at Duncannon, downriver to Columbia in Lancaster County.

The 2018 water quality report issued by the Pennsylvania Department of Environmental Protection (DEP) found that a 46-mile segment of the Susquehanna River does not meet water quality standards for aquatic life and should be considered impaired.

The most recent biennial Integrated Water Quality Monitoring and Assessment Report was released in draft form by the DEP in the summer of 2020 and will be finalized for submission to the U.S. Environmental Protection Agency. The 2020 report found that as many as 30 percent of Pennsylvania’s 85,000 miles of rivers and streams are impaired for various uses.

The section of the Susquehanna considered to be impaired for aquatic life runs from the mouth of the Juniata River at Duncannon, downriver to Columbia in Lancaster County. 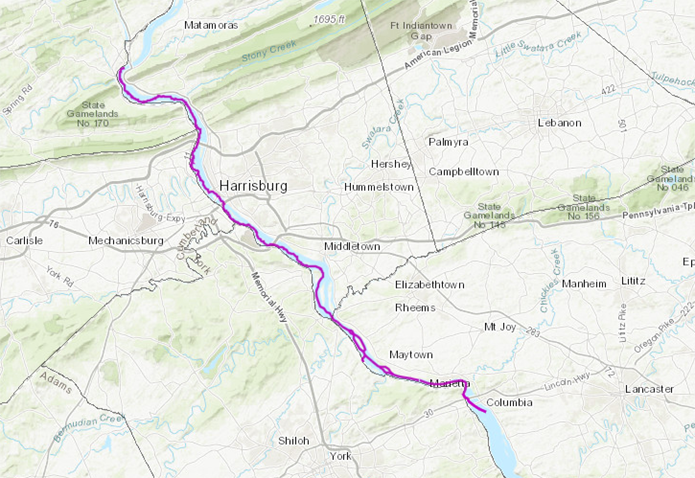 Pennsylvania's Department of Environmental Protection found this 46-mile segment of the lower Susquehanna River to be impaired in its 2018 water quality report. https://www.depgis.state.pa.us/integrated_report_viewer/index.html

Being included in this list may mark the beginning of the process to develop a recovery plan for the river.

A Decade of Concern Over Smallmouth Bass

Based on studies by the Pennsylvania Fish and Boat the Commission, the U.S. Geological Survey, and others, and concerns about a collapse of this economically important fishery ($2.7 million in a 2007 study), the Commission took what steps it could to protect the smallmouth bass. It imposed catch-and-immediate release requirements and closed seasons for smallmouth bass during the spring spawning period.

CBF joined the Commission—along with the Pennsylvania Council of Trout Unlimited, American Rivers, and Citizens for Pennsylvania's Future—in a petition to urge the DEP to prioritize the health of the Susquehanna and commit to a sound plan to help restore it.

"In the autumn of 2011… outbreaks were so severe that approximately 40 percent of the adult smallmouth bass surveyed had extensive lesions and open sores," a letter from the Commission told the DEP. These specific conditions were found nowhere else in Pennsylvania but in the 98-mile stretch of the Susquehanna River in question.

In 2020, some smallmouth bass in the Susquehanna continue to show signs of disease. But surveys have found a promising increase in the number of young smallmouths among the population.

For the millions who depend on the river, the millions of dollars made from her bounty, and for generations to come—there is no better time than now for an impairment designation that can trigger action on behalf of the Susquehanna River and clean water.

One of the longest rivers in America, the Susquehanna River provides over half of the freshwater flowing into the Chesapeake Bay, drinking water to millions of people, and countless recreational opportunities.  For these and many other reasons, the river is a valued natural and economic resource for the entire Bay watershed.