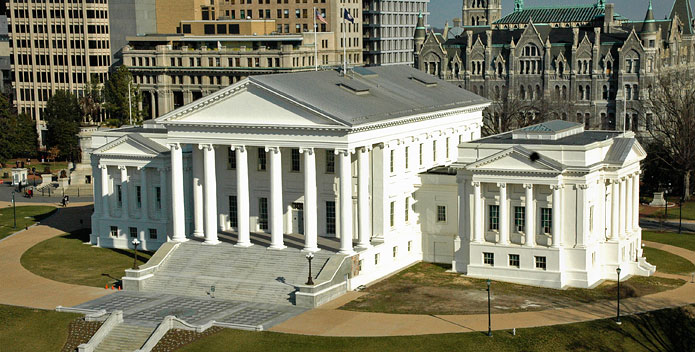 In an exciting 2020 General Assembly session, legislators renewed their commitment to implementing Virginia's final update to the Chesapeake Clean Water Blueprint, a detailed plan to restore the Bay and its rivers and streams. Legislators also made important progress on other key Bay priorities, such as protecting menhaden, expanding oyster restoration, and banning oil and gas drilling off our coast.

The advocacy and action of CBF members who wrote, called, and met with legislators helped make these successes possible. Your voices for clean water are leading to a better future in Virginia.

In the 2021-2022 budget bill, legislators approved over $240 million to improve water quality across the Commonwealth.

Protecting Menhaden in the Bay

In 2019, Omega Protein announced it had caught more menhaden than allowed under the Chesapeake Bay harvest cap, which was adopted overwhelmingly by the Atlantic States Marine Fisheries Commission.

Drilling for oil and gas off Virginia's coast would present an unjustifiable risk to our economy, military operations, and the health of our waterways, including the Chesapeake Bay.

Cutting Down on Single-Use Plastics

In the closing days session, legislators passed Senate Bill 11 (Ebbin), which reconciled differences between the House and Senate versions of several plastic bag bills. SB 11 authorizes localities to adopt a nickel tax on single-use plastic bags. The locality must use the tax revenue for environmental cleanup, pollution and litter mitigation, educational programs designed to reduce waste and to provide reusable bags for SNAP and WIC recipients. This bill incorporates bills introduced by Senator Peterson (Senate Bill 26) and Delegates Carr (House Bill 534), Lopez (House Bill 1151) and Ware (House Bill 1673). CBF thanks these legislators for their efforts and encourages localities to adopt plastic bag ordinances as quickly as possible.

CBF spoke in support of five bills that seek to preserve and expand tree canopy in Virginia, two of which ultimately passed. Trees play a major role in reducing polluted runoff, capturing carbon, and reducing erosion and flooding; planting more trees also results in cleaner air and a healthier community.

This session's significant progress toward improving the health of Virginia's waterways is a testament to the commitment of the Commonwealth's legislators and Governor Northam.