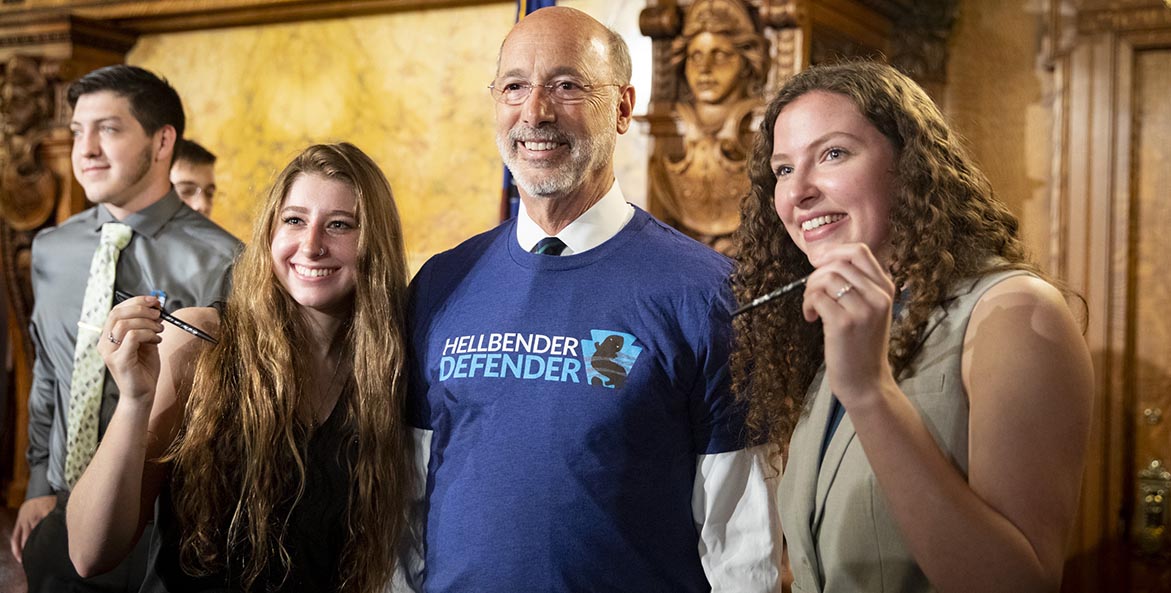 The Office of Governor Tom Wolf

Hail to the Hellbender

It began as a low-key brainstorm session over lunch in 2016; half a dozen Pennsylvania high school students with notebooks, laptops, and a desire to protect a slimy, reclusive salamander that relies on clean water.

"I want to thank the Chesapeake Bay Foundation and also acknowledge the hard work of the foundation's Student Leadership Program," the Governor said at the bill signing. "The voices of students can clearly make a difference here in Harrisburg."

It marked a hard-won victory three years in the making. With guidance from CBF educators and our Pennsylvania team, the students worked with state legislators, studied hellbenders in the field, wrote letters to garner support for their campaign, and persisted even after the bill failed in its first legislative session. It paid off.

"No matter your age, you can absolutely have an influence on what goes on in your state. We're all high schoolers, and we've passed a bill.

– Emma Stone, who served as President of the Student Leadership Council before graduating from Carlisle High School last spring.

Their efforts grabbed state and national headlines, focusing attention on hellbenders and the pollution that threatens the clean, cold streams the salamanders need to survive. The experience has been surreal, says Anna Pauletta. She spearheaded the hellbender campaign in 2016 while serving as President of the Student Leadership Council. Now a junior studying forest ecosystem management at Penn State University and a youth representative on CBF's Board of Trustees, she hopes the hellbender success will inspire more students to pursue passion projects in their own communities.

"The greatest impact for me, in my personal career, was realizing that student leadership is important," she says. "It does have an impact on our communities, big and small."