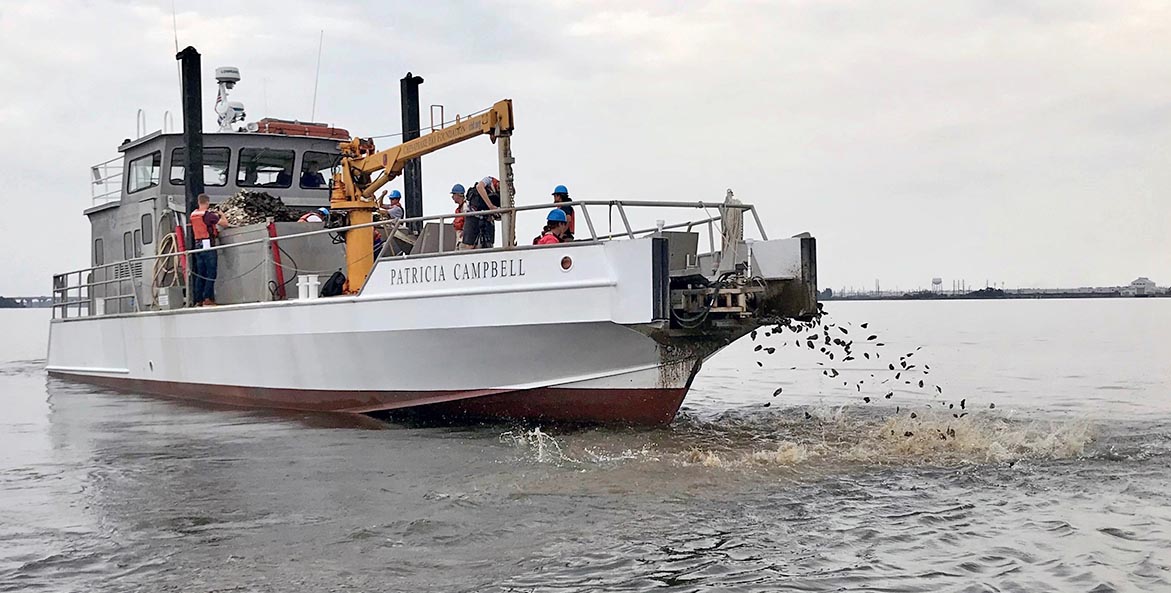 It was a blustery and snowy March day at Maryland's General Assembly, but Lani Hummel was determined to make her case. Office by office, she and a crew of volunteers and CBF staff members urged lawmakers to support legislation that would help boost oyster populations in Maryland's portion of the Chesapeake Bay.

Hummel, a "semi-retired" former lobbyist and congressional researcher, is no stranger to advocacy. When she enrolled in a Volunteers as Chesapeake Stewards (VoiCeS) course taught by CBF, oysters became her cause.

The one thing I've learned in working in environmental advocacy, is you better celebrate your victories when you can.

"I didn't really know how depleted the oyster population was at first," she says. "When I heard it was a fraction of historic populations, I was horrified. I told CBF I want to work on oyster restoration."

Oysters provide crucial water-filtering benefits for the Bay and build reefs that are home to fish, crabs, and other marine life. But years of overharvesting and disease have decimated oyster reefs that once grew in such abundance they posed navigational hazards to early European explorers. The first comprehensive assessment of oyster stocks in Maryland, released last year, underscored the gravity of the problem: between 1999 and 2018, Maryland's adult oyster population dropped by half, from 600 million to 300 million.

Equipped with those numbers and evidence from polls showing widespread support for oyster restoration, CBF staff and volunteers, including Hummel, and the Chesapeake Oyster Alliance pushed the General Assembly to permanently protect Maryland's five oyster restoration sanctuaries from harvest.

Lawmakers overrode a veto from Governor Larry Hogan to pass the sanctuary bill into law as the clock ticked down on Sine Die—the final day of the legislative session. It was a moment of accomplishment for Hummel.