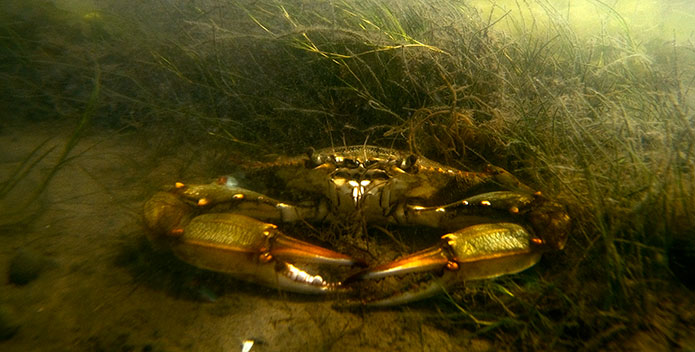 A blue crab hides in a bed of widgeon grass.

The Chesapeake Bay provides food, water, cover, and nesting or nursery areas to more than 3,000 migratory and resident wildlife species. Habitat types range from hardwood forests of the Appalachian mountains to saltwater marshes in the Bay. These habitats are influenced by climate, soils, water, plant and animal interactions, and human activities. 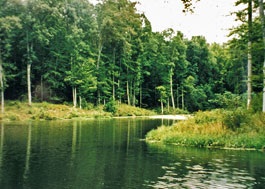 Riparian forests are integral to the health of the Chesapeake Bay and its rivers and streams for many reasons. Their position in the landscape makes these forests excellent buffers between upland areas and the adjacent waters that will eventually enter the Bay. Riparian forest buffers are capable of filtering ground and surface water, stabilizing streambanks, providing shade, and supporting a variety of habitats.

Forested buffers can retain and absorb up to 80 percent of the phosphorus, and 89 percent of the nitrogen in ground and surface water. The roots of buffers are extremely beneficial to vegetation by keeping streambanks in place; creating breaches in soil to allow rainwater to penetrate and recharge underground water reservoirs; and to fish, by providing numerous underwater obstacles that enhance feeding grounds. Also, leaves from trees fall into the streams and are trapped on woody debris and rocks, where they provide food and shelter for small bottom-dwelling creatures such as insects, amphibians, crustaceans, and small fish, which are crucial to the aquatic food chain. 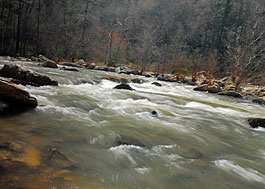 Within the Chesapeake Bay watershed, five major rivers the Susquehanna, Potomac, Rappahannock, York, and James provide almost 90 percent of the freshwater to the Bay. These rivers and other smaller rivers, along with the hundreds of thousands of creeks and streams that feed them, provide habitat necessary for the production of many fish species. 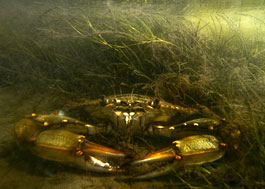 Underwater bay grasses (also known as submerged aquatic vegetation or SAV) are plant communities that provide food and shelter for waterfowl, fish, shellfish, and invertebrates, and are a key contributor to the energy cycling in the Bay. Like other green plants, Bay grasses produce oxygen, a precious and sometimes lacking commodity in the Bay today. They also trap sediment that can cloud the water and bury bottom-dwelling organisms like oysters. During the growing season, Bay grasses remove excess nitrogen and phosphorus that could fuel unwanted growth of algae in the surrounding waters.

Aquatic creatures like shrimp use Bay grass beds, tidal marshes, and shallow shoreline margins as nursery areas and for refuge. Along shorelines, fallen trees and limbs also give cover to small aquatic animals, and even unvegetated areas exposed at low tide are productive feeding areas. Microscopic plants cycle nutrients and are fed upon by crabs and fish. 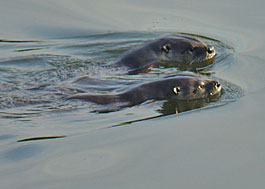 Although unseen by the naked eye, microscopic plants and animal life (plankton) float in the open waters. These tiny organisms form the food base for many other animals. Hundreds of thousands of wintering ducks, particularly sea ducks like scoters, old squaw, and mergansers, depend on open water for the shellfish, invertebrates, and fish they eat during the winter months. Open water also supports oysters and other bottom-dwellers. Oysters and other filter feeders help maintain water quality by filtering suspended organic particles out of the water. The oyster reef itself is a solid structure that provides habitat for other shellfish, finfish, and crabs. 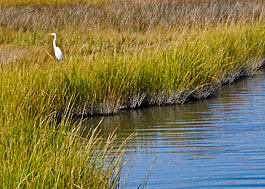