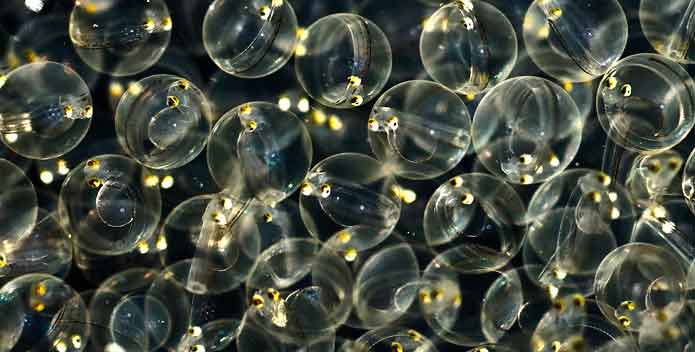 "Just as the sacred cod of Massachusetts is the accepted emblem of the Bay State, so the shad may rightly be considered the piscatorial representative of the states bordering the Chesapeake." ~Rachel Carson, Baltimore Sun, 1936

For 200 years, American shad was the most valuable and important fishery in the Chesapeake Bay. But after decades of harvest pressure, pollution, and migration barriers, this iconic fish is quite simply in trouble. Recent efforts to curtail fishing, improve habitat, and stock with hatchery fish have failed to produce any significant increase in shad populations.

American shad, members of the herring family, have long been important to the economic and cultural heritage of our East Coast communities. A critical source of food for striped bass and bluefish, shad are found up and down the Atlantic coast from Canada to Florida. They visit the Chesapeake Bay each spring when it comes time to spawn in freshwater rivers, including the James, Potomac, and Susquehanna. By summer, shad leave the Bay for open ocean waters.

Throughout the colonial period, this springtime migration brought tremendous schools of migratory shad to their rivers of origin and became an amazing biological event and an important part of Chesapeake culture.

One early account described the importance of shad throughout the watershed: "There were no dams barring access to the highest reaches of the rivers and no cities and factories to discharge pollution, so that the river herring and shad made their way far inland even to the Blue Ridge Mountains. There the pioneers awaited them eagerly each spring and salted down a supply to tide them over till next run."

Even George Washington appreciated the value of this mighty fish, becoming the most prominent American shad fisherman in the region as he landed thousands of pounds on the Potomac River. In fact, a well-known book about shad is even called The Founding Fish.

Yet, as the colonial period progressed, dams and pollution blocked shad spawning grounds in tributaries throughout the watershed. As early as 1761, Virginia was compelled to pass "an act to oblige the owners of mills, hedges, or stone-stops, on sundry rivers therein mentioned, to make openings or slopes therein for the passage of fish." Another early account suggested, "The clearing of the country, and the consequent muddying of the streams, had destroyed [shad and herring]."

Overfishing was a problem particularly during the last century, when fishing methods became more efficient. A report on the decline of shad by the Maryland Conservation Department in 1939 (now the Maryland Department of Natural Resources) included the grim statement that, "The Bay is literally strewn with fishing gears, most of which are set to catch fish all day and all night, throughout the season, thus not giving [shad] access to the breeding grounds."

Very quickly the Chesapeake shad annual harvest went from 17.5 million pounds at the turn of the century to less than two million pounds by the 1970s. The drastic decline of the fishery resulted in the closure of the shad fishery in Maryland in 1980 and in Virginia in 1990. The loss of this highly regarded "first of the year" fish for recreational anglers, commercial watermen, and seafood connoisseurs has also resulted in a loss of cultural identity. Populations are so low that, according to the 2020 stock assessment the status of American shad in most of Maryland's tributaries is unknown or considered depleted.

Because these traditions finally faded with the shad in the 1960s and the 1970s, few people today under the age of 40 have ever even heard of shad.

What CBF Is Doing to Support Shad Recovery