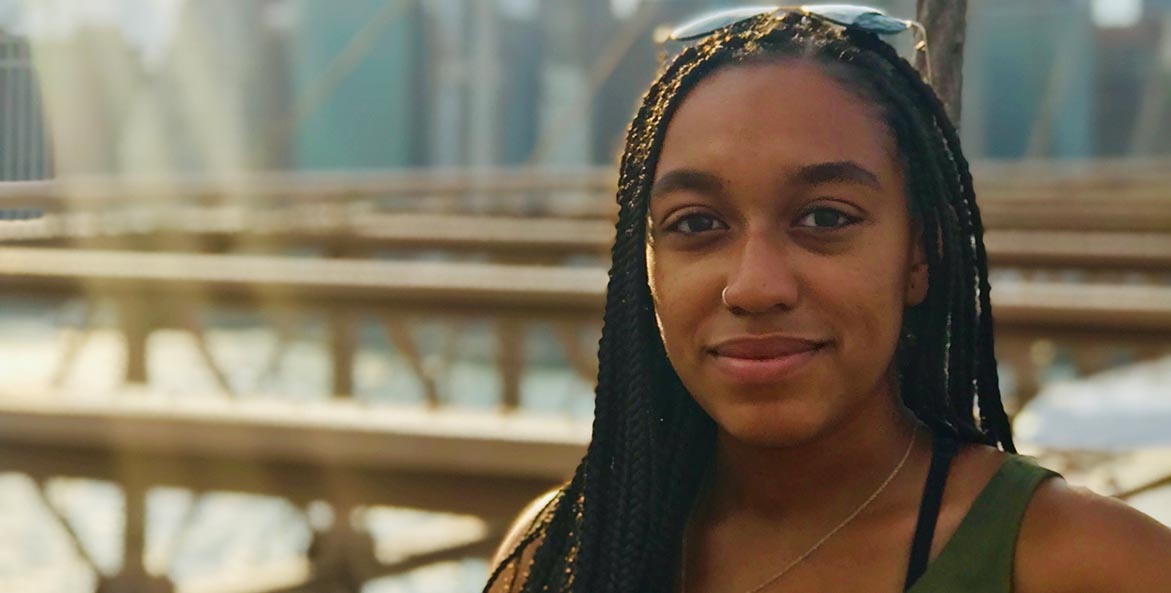 This op-ed originally ran in the Bay Journal.

Environmental injustice comes in many forms. Throughout the Chesapeake Bay watershed, there are stories of sewage backing up from city pipes into homes, massive power plants built in the middle of rural communities, and neighborhoods surrounded by toxic Superfund sites.

More than 18 million of us share the Bay watershed, but marginalized and vulnerable communities disproportionately shoulder the burden of more pollution, less access to green space and environmental resources and less say in the decision-making processes that affect their well-being.

The consequences of this historic and systematic injustice are devastating.

Higher exposure to air pollution has been linked to higher death rates during the COVID-19 pandemic. The neighborhoods most vulnerable to extreme, deadly heat in cities—including Baltimore and Richmond—are the same neighborhoods once redlined under racially discriminatory home lending practices. A 2017 study commissioned by the Chesapeake Bay Foundation found that pollution from the Wheelabrator trash incinerator in Baltimore caused nearly $55 million in health costs per year, with the greatest health impact occurring in the city’s neighborhoods.

The Chesapeake Bay Executive Council acknowledged these disparities at its annual meeting in August and affirmed that the success of Bay restoration efforts depends on the “equitable, just and inclusive engagement of all communities living throughout the watershed.”

As the environmental justice staff attorney for the Chesapeake Bay Foundation, I work to aid and support watershed communities in their fights for clean air and water, with the ultimate goal of dismantling these unfair systems.

To effectively engage in the decision-making process, individuals must become versed in the details of a proposed project and in the regulatory body that governs it.

Most communities become familiar with regulatory processes after learning of the approval of a proposed project—too late in the game. For example, when the Virginia Department of Environmental Quality held public meetings for the Chickahominy Power Station’s groundwater withdrawal application in January, many community members remarked that it was the first time they’d heard about it. At that point, the proposed Chickahominy Power Station had already received an air permit, and the public meeting was the last in a series of meetings that had been held for the groundwater permit.

While most regulators require that notice of a public meeting be posted in a newspaper or on a regulator’s website, the notice process is often the subject of great debate. One resident at the Chickahominy public meeting, who lived less than a mile from the proposed facility site, noted that the public meeting notice ran in the paper the day after Christmas. He told DEQ representatives at the hearing that he didn’t read the paper that day because he didn’t think anyone would put anything important in the newspaper the day after Christmas.

While there are many suggestions for reforming this process, most grassroots advocates agree that expanding notices to include outreach to community centers, churches and direct mail to addresses in affected communities would be a meaningful step in the right direction.

What is more, between jobs, families and transportation, it is not always feasible for community members to attend meetings. Moreover, COVID-19 has illuminated the lack of reliable internet access throughout the watershed and the country. Currently, it is practically impossible to attend and participate in public meetings if you do not have internet access, and updates about a proposed project/application are often found solely online.

Once communities understand the project and the process, they must determine how to engage. They may develop a direct response or seek out partners to support their efforts or engage on their behalf. Potential partners might include other community members and grassroots advocates, nonprofits groups or lawyers—or a mix of these.

Additionally, if a community decides to engage directly, they face the insurmountable task of developing an equal and appropriate response to a project. The projects that most often concern environmental justice communities are extremely complex, and the applications/proposals are often full of scientific and technical conclusions. To respond to those proposals, communities must attempt to craft an equally scientific and technical response.

Engaging in environmental justice litigation is difficult because the process is not meant to be equitable and just; it is meant to be efficient—largely for the government and its agencies.

To challenge a regulator’s decision in court, communities must first exhaust all of their administrative remedies. Often, a community will have a legitimate concern or grievance, but it is too late in the process to engage. Further, even if it is obvious that a regulator or project applicant should have done something differently, it only matters legally if they were required to do something differently. These situations require creativity and persistence. For example, in a case challenging the proposed Buckingham Compressor Station in Virginia, the law didn’t specifically mention environmental justice or vulnerable communities. The CBF and the Southern Environmental Law Center argued—and the court agreed—that the law required the regulator to do a meaningful analysis of environmental justice impacts before granting the project approval. That decision likely changed the air permitting process in Virginia to be one that affirmatively requires an environmental justice analysis.

It is the responsibility of those who have the capacity and expertise to engage to be a resource for communities and endeavor to support their efforts. To truly achieve environmental justice in the Bay watershed, the Chesapeake Bay Executive Council, as well as the governments and institutions it represents, must address the barriers to meaningful participation that communities continue to face.