DC on the Half Shell 2022 Conservationist of the Year 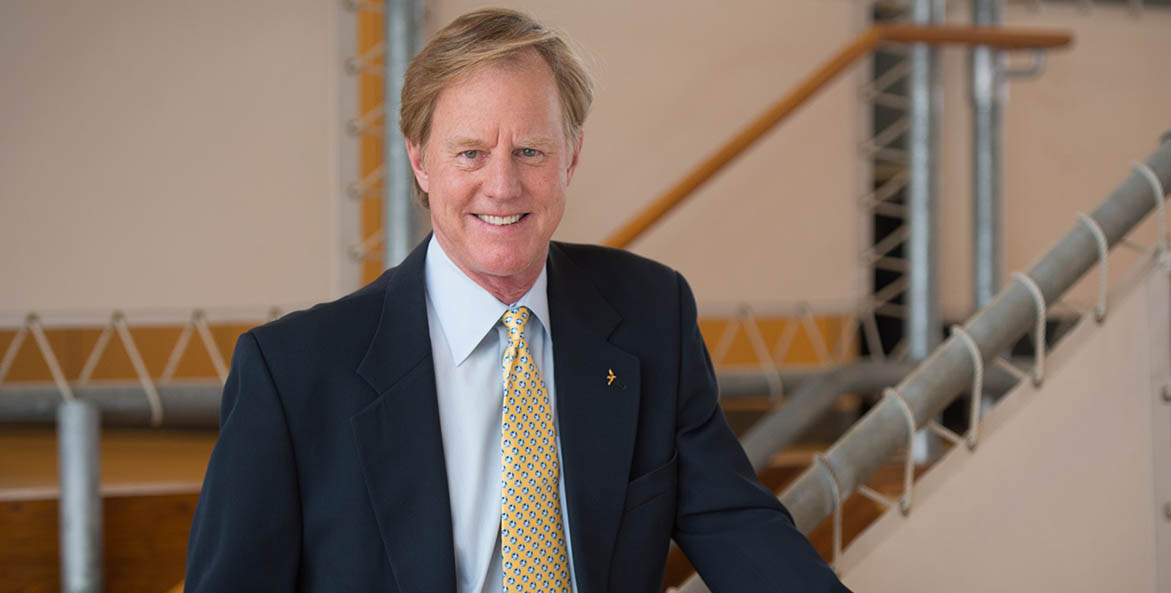 At DC on the Half Shell on March 14, 2022, the Chesapeake Bay Foundation will celebrate our own Will Baker's career and legacy by recognizing our recently retired president as Conservationist of the Year.

Will Baker has dedicated his life to the Chesapeake Bay. When Will joined CBF as an intern over 45 years ago, the environment wasn't as big a focus as it is today. But armed with a simple three-word phrase, "Save the Bay," Will built a movement that includes everyone. Through environmental restoration, outdoor education, partnership-building, advocacy—and yes, an iconic bumper sticker—Will made the Chesapeake Bay front and center in our homes, our classrooms, and the halls of power.

As the movement grew, so did CBF. During his time as president, a small team in Annapolis became a thriving organization of over 200 staff working across Maryland, Virginia, Pennsylvania, and Washington, D.C. Local grassroots restoration efforts became large-scale state and national initiatives focused on clean water, oysters, trees, and so much more. Today, over 300,000 members and supporters proudly fight to save the Bay, a testament to Will's leadership, vision, and unwavering determination.

What once seemed impossible is now within reach. The Bay is improving. At DC on the Half Shell, you'll only need to look as far as your plate to see Will's impact. The famous Chesapeake Bay oyster was nearly lost, but Will and CBF helped lead the largest restoration effort of its kind in the world. As we raise a shell to toast Will, we do so knowing there are billions more oysters back in the Bay.

Famously humble, Will is always quick to deflect praise. One of his favorite lines is, "It's the team. We are a family. It's all of us." But for one night, we'll gather for Will. He's the reason we're here. He's the Bay's greatest champion.

DC on the Half Shell