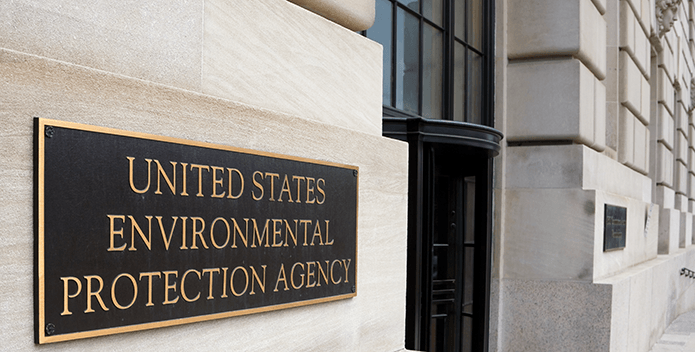 The federal regulatory landscape has been very active since President Trump's Executive Orders, "Reducing Regulation and Controlling Regulatory Costs" and "Promoting Energy Independence and Economic Growth," were issued in 2017.

One order directed federal agencies like EPA to identify at least two existing regulations to be repealed to offset the costs of any new regulations. The other directed agencies to review various environmental rules and determine how they might be changed to help industry or be repealed altogether. Numerous changes have been proposed that will affect the Chesapeake Bay and the implementation of the Blueprint, the historic federal and state partnership to restore the Bay. CBF is actively monitoring these developments and opposes any rollbacks that will impede efforts to restore the Bay.

WOTUS (WATERS OF THE UNITED STATES) 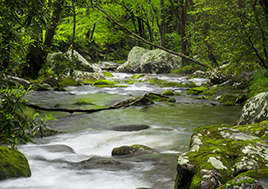 In 2015, EPA finalized the Clean Water Rule, defining "Waters of the United States" (WOTUS) in a way that provided clarity about what types of wetlands require Section 402 and Section 404 Clean Water Act permits, which are essential to Bay restoration. Unfortunately, in 2020, the Trump Administration repealed the 2015 rule and replaced it with a much narrower rule that excluded ephemeral features that contain water only during or in response to heavy rains or snow, groundwater, and most roadside or farm ditches. It also left out waters and wetlands that cross state borders from federal protection.

The Biden Administration plans to reinstate the pre-2015 WOTUS regulations and then develop a new definiation of WOTUS that better protects our nation's vital water resources. 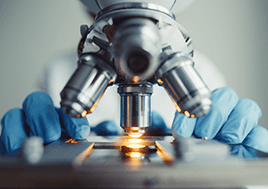 In 2018, EPA proposed a rule that would limit the use of scientific studies when issuing regulations. As one example, human health studies that don't reveal the identity of patients would no longer be considered when issuing regulations regarding air pollution. There was also a proposed exemption clause that allows the Administrator to determine—separately from the requirements of the proposed rule—when he/she can consider science that doesn't meet the parameters of the proposed rule. CBF, along with nearly 12,000 members and advocates for the Bay, filed comments opposing this rule. Unfortunately, EPA finalized the rule on January 5, 2021, misleading titled "Strenghtening Transparency in Pivotal Science Underlying Significant Regulatory Actions and Influential Scientific Information." See our press release.

In another EPA notice, the Agency suggests that it will review its policies regarding how cost-benefit analysis are to be conducted in issuing regulations. One concern that CBF has is that EPA will propose a rule that narrows or limits the consideration of ancillary benefits in its rule making. For example, in looking at the costs and benefits of reducing pollution from power plants, it is important to consider both the human health benefits as well as the benefits of reducing pollution to local rivers, streams, and the Chesapeake Bay.

In response to these two proposals, CBF submitted comments encouraging EPA to consider all available science and all of the benefits associated with environmental regulations when promulgating its rules. We continue to monitor developments for both of these proposals.

In December of 2018, EPA proposed a change in how it looks at the costs and benefits of the Mercury Air Toxics Standards. The proposal states that, "After considering the cost of compliance…the EPA proposes…that it is not 'appropriate and necessary' to regulate HAP (hazardous air pollutant) emissions from coal- and oil-fired EGUs (electric utility steam generating units)…" While this proposed rule does not in and of itself change the emission standards and other requirements of the MATS rule, it opens the rule up for future challenges and also puts future analysis of costs and benefits in rule making in jeopardy.

In April, 2020, EPA determined that it is no longer “appropriate and necessary” to limit toxic air emissions of mercury from coal- and oiled-fired power plants and reversed the legal justification of the 2012 Mercury and Air Toxics Standards (MATS) rule based on a flawed cost-benefit assessment. CBF stated our opposition to the decision in a press release, calling it "irresponsible and carries dangerous implications not only for the Chesapeake Bay, but for future regulation of all hazardous pollutants." 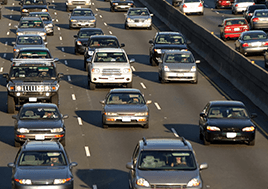 Cars and light-duty trucks are a large source of greenhouse gas (GHG) emissions and NOx. If vehicles can travel farther on a gallon of gas, they will burn less fuel and emit less GHGs and NOx.

In 2018, EPA and the National Highway Traffic Safety Administration (NHTSA) announced the Safer Affordable Fuel-Efficient Vehicles Rule that proposed to make changes to the Corporate Average Fuel Economy (CAFE) and GHG efficiency standards (tailpipe emissions). If implemented, the standards that were in place prior to the Trump Administration's proposal would have resulted in significant decreases to nitrogen deposition to the Bay and would have helped to address climate change issues from which the Bay is suffering.

CBF submitted comments opposing the 2018 proposal because it would impede the success of the Chesapeake Clean Water Blueprint and lead to worsening climate change.

On March 31, 2020 the Trump Administration announced its final rule, which weakens GHG emissions and fuel economy standards. The final rule replaces the Obama Administration’s requirement that GHG emissions and fuel economy standards tighten by five percent annually through 2026. The new rule requires standards to rise just 1.5 percent a year. This dramatic rollback will drive up emissions of the greenhouse gas carbon dioxide as well as nitrogen pollution into the Bay and the local rivers, streams, and creeks that feed it.

On May 27, 2020, CBF joined with a coalition of environmental groups and filed a lawsuit challenging this final rule in the U.S. Court of Appeals for the District of Columbia.

In addition to proposed changes to the fuel economy and tailpipe standards, on September 19, 2019, the agencies announced the One National Program Rule on Federal Preemption of State Fuel Economy Standards. This rule withdraws the waiver granted to California in 2013 that authorized it to develop its GHG and Zero Emission Vehicle programs. In the Bay watershed, Delaware, Maryland, New York and Pennsylvania have adopted California’s program and the agencies’ withdrawal of the California waiver will therefore have an impact in those states.

On November 8, 2019, CBF filed a petition for reconsideration to the NHTSA portion of this rulemaking as the rule threatens the progress of the Bay TMDL and the health of the Bay by undermining programs that reduce NOx and GHGs from motor vehicles. 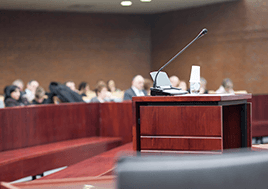 NEPA is often referred to as the "Magna Carta" of environmental laws. It provides the public with an opportunity to weigh in on the development of major federal actions, like the approval of the Atlantic Coast Pipeline. The Council on Environmental Quality (CEQ) requested comment on whether, among other things, these processes should be streamlined. They hinted at efforts to reduce opportunities for public participation and reducing the thoroughness of environmental reviews.

CBF opposes any efforts that weaken NEPA and reduce opportunities for citizens to be involved in decisions that will impact the Chesapeake Bay.

Read our blog, We Give A *BLEEP* About NEPA. You Should Too.

THE REPEAL AND REPLACEMENT OF THE CLEAN POWER PLAN

The 2015 Clean Power Plan (CPP) set the first-ever limits on carbon pollution from U.S. power plants. It would have resulted in significant reductions of nitrogen oxides (NOx) and greenhouse gas (GHG) emissions from the power sector, but it was never implemented.

On July 8, 2018, EPA finalized the repeal and replacement of the Clean Power Plan. The Agency's plan, entitled the "Affordable Clean Energy" Rule, is designed to boost the coal industry. It requires no state limits on carbon dioxide and, as compared to the Clean Power Plan, will permit increases in nitrogen oxide pollution. CBF submitted comments opposing both the repeal of the Clean Power Plan and EPA's replacement, and on August 29, 2019 we filed a Petition for Judicial Review in the D.C. Circuit Court of Appeals. Find out more about the CPP on our blog. 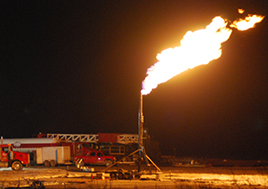 CBF signed on to comments with other organizations opposing EPA's regulatory rollback weakening the 2016 Methane Standards. Methane emissions from oil and gas sources are a danger to human health and welfare and are a potent greenhouse gas that contribute to climate change. The Agency's proposal ignores these harms and, if finalized and implemented, will result in a loss of hundreds of thousands of tons of methane emissions reductions that were anticipated under the 2016 standard.

We encourage our members to get involved and to check our website often for updates regarding regulatory changes that will impact the Chesapeake Bay. Visit our Action Center for more ways you can help.