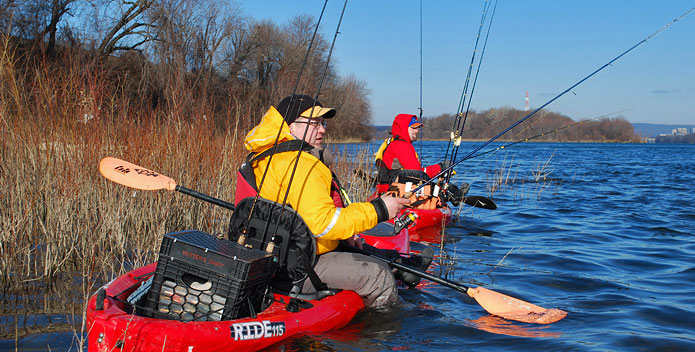 Fishing for smallmouth bass in the Susquehanna River.

One of the longest rivers in America, the Susquehanna River provides over half of the freshwater to the Chesapeake Bay, drinking water to millions of people, countless recreational opportunities, and scenic value.  For these and many other reasons, the river is a valued natural and economic resource to this region.  But the Mighty Susquehanna and her keystone fishery, the smallmouth bass, need help. Recent declines in the smallmouth bass health and population, along with water quality data suggesting poor conditions at key locations and at key times of the year, indicate the river fails to meet some of the basic requirements of the Clean Water Act.

In 2011, Pennsylvania's top fisheries scientists at the Pennsylvania Fish and Boat Commission (Commission) sounded the alarm for urgent state action to address widespread disease and death among smallmouth bass in the lower Susquehanna River, the largest tributary to the Chesapeake Bay.

CBF joined the Commission—along with the Pennsylvania Council of Trout Unlimited, American Rivers, and Citizens for Pennsylvania's Future—in a petition to urge the Pennsylvania Department of Environmental Protection (DEP) to prioritize the health of the Susquehanna and commit to a sound plan to help restore it.

The petition urged DEP to list a 98-mile stretch of the river as an impaired water body on the federal 303(d) Impaired Waters list. Data included in the petition supports the request and warrants including the stretch from Sunbury to the Maryland state line.

"In the autumn of 2011… outbreaks were so severe that approximately 40 percent of the adult smallmouth bass surveyed had extensive lesions and open sores," stated a recent letter from the Commission to DEP.  Similar outbreaks of disease in adults and death of young smallmouth bass in the lower Susquehanna River have occurred in 2005, 2006, 2007, 2008, 2010, as well as 2011. These specific conditions have been found nowhere else in Pennsylvania but in this 98-mile stretch of the Susquehanna River.

The group contends that the river fails to meet some of the basic requirements of the Clean Water Act.

DEP disagreed denied the petition. In January 2013, DEP excluded the river from its 2012 Impaired Waters List and has continued to do so every year since.

The Importance of Being Declared "Impaired"

Of Pennsylvania's 86,000 miles of rivers, streams, and small creeks, over 18,000 miles are currently on the impaired list. Being included on the list ensures that each of these waterways will eventually have a recovery plan. By listing this section of the river, we ensure that a recovery plan will be developed for the lower Susquehanna.

Based on the studies of the Commission, the U.S. Geological Survey, and others, and concerns about a collapse of this economically important fishery ($2.7 million in a 2007 study), the Commission took what steps it could to protect the smallmouth bass. It imposed catch-and-immediate release requirements and closed seasons for smallmouth bass during the spring spawning period.

These actions may help in the short-term, but to return long-term health and sustainability to the fishery, the state must commit to finding the answers and developing a plan to fix the problems.

Designating the river as an impaired waterway helps assure this occurs.

CBF will continue to urge reconsideration of our petition by DEP and EPA, who ultimately must approve DEP's list.

For the millions who depend on the river, the millions of dollars made from her bounty, and for generations to come—there is no better time to act on behalf of the Susquehanna River and clean water.