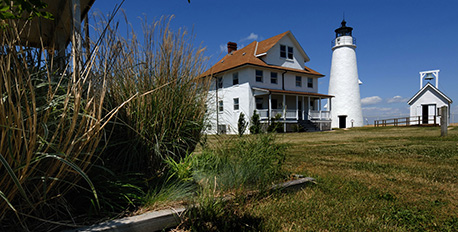 Natural Gas Production, Including Export Facilities, Should be Comprehensively Assessed

With the rapid growth in natural gas production resulting from hydraulic fracturing technology, energy producers are looking for ways to expand to new markets. One way to do that is to export U.S. supplies overseas.

Dominion Energy—owner of the Cove Point LNG (liquefied natural gas) import terminal in Calvert County, Md.—is expanding the existing terminal into an LNG export facility. The gas will be transported via a pipeline to the new export complex, from which it will be shipped abroad. The Federal Energy Regulatory Commission (FERC) approved the conversion in September of 2014 and Dominion is preparing the site for construction.

CBF does not oppose the proposed Cove Point export LNG facility per se. Our concerns for the cumulative impacts of natural gas development do, however, call for a thorough and region-wide assessment of impacts from drilling and the subsequent natural gas distribution system, including any impacts associated with the proposed Cove Point export facility. [Note: CBF does not and has not received financial support from Dominion Power or any of its subsidiaries.]

In March 2014, CBF reissued an earlier petition to the President's Council on Environmental Quality to conduct a federal Programmatic Environmental Impact Study (PEIS) of all cumulative impacts of natural gas development in the region.