Brantley Bissette, a freshman at Frank W. Cox High School in Virginia Beach, conducted an educational survey with his friends, neighbors, and classmates about water pollution and its effect on fish. Here is Brantley's description of the project. 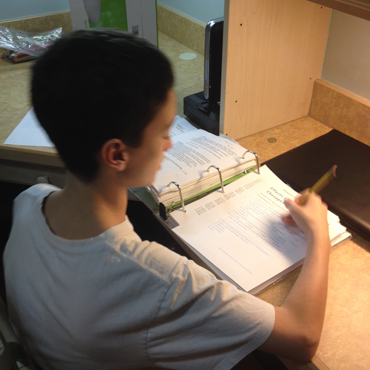 "I researched the connection between water pollution and the abundance of fish in result. Since pollution can change water temperatures and Dissolved Oxygen levels, it can harm Chesapeake Bay ecosytems. For example, the Striped Bass, being a large migratory fish, depends on dissolved oxygen levels of around 6 mg/L, they can spawn only in certain areas. If pollution drastically lowers these levels, it could have a detrimental effect on this iconic species and others like it.

"So with this information, I conducted a survey on friends, family, and neighbors before they knew this detailed information, then again after I educated them. Now bay locals will be better able to fight water pollution by not only knowing its bad, but by understanding how it works as well." 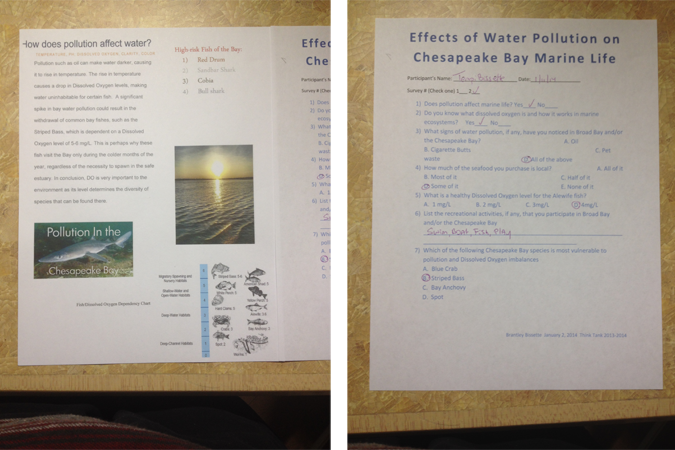 Educational information and the survey.