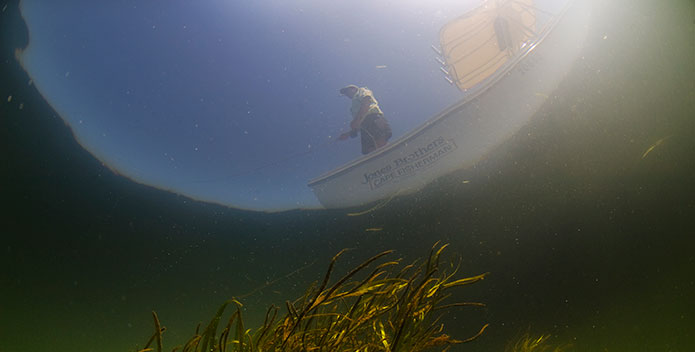 This fish-eye view of an angler shows a rarely seen perspective from underwater grass beds at Havre de Grace, Maryland.

Catch-and-release fishing can be an effective way to conserve fish if certain precautions are taken. Studies with striped bass have shown that mortality of released fish goes up substantially when the water temperature is higher and when salinity is low. If possible, you should try to avoid these situations.

Whether fishermen choose to release fish or are required to do so by law, all released fish must be handled carefully to have a good chance for survival.

The angler controls four factors that affect a fish's chance of survival:

Here are some tips for careful catch-and-release fishing:

View or download our angler's guide to proper catch-and-release fishing tools and techniques.