Photo of the Week: Blackwater

Photo of the Week: Blackwater 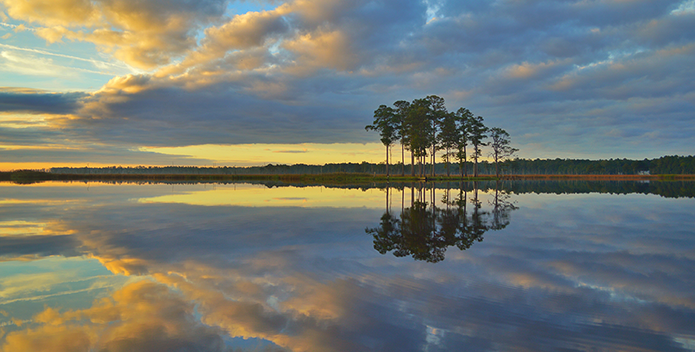 Blackwater National Wildlife Refuges name comes from the tea-colored waters of the local rivers, which are darkened by the tannin that is picked up as the water drains through peat soil in the marshes.

The Eastern Shore's Blackwater National Wildlife Refuge was established in 1933 as a waterfowl sanctuary for birds migrating along the critical migration highway called the Atlantic Flyway. We're so blessed to have the Bay and it's so important to restore it.

Ensure that Phil and future generations continue to enjoy extraordinary sights and places like these along the Chesapeake. Support the Chesapeake Clean Water Blueprint—the plan to Save the Bay and its waters!