Photo of the Week: The Lifeblood of the Chesapeake

Photo of the Week: Lifeblood of the Chesapeake 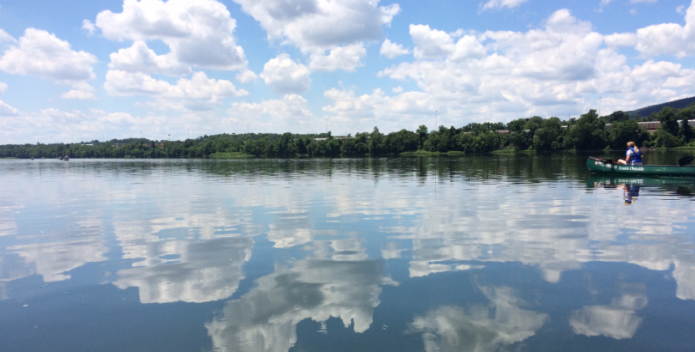 As Arthur Sherwood, one of CBF's founding members and first executive director, said: "The place to teach people about the Bay is on it and in it." Now in its 40th year, our education program has been doing just that, providing students and teachers with meaningful outdoor experiences on the Bay and its rivers and streams. And our Fox Island Education Center is no exception.

Fox Island is part of a string of salt water marshes surrounded by the Tangier and Pocomoke Sounds of Chesapeake Bay and is the ideal place to investigate how the Bay's health depends on its watershed of 64,000 square miles, 17 million people, and six state governments and the District of Columbia. The lodge was constructed in 1929 by the Fox Island Rod and Gun Club for recreational fishing and hunting. After many years of hunting and fishing, the group decided to donate the lodge to CBF.

At Fox, we want to inspire current and future generations of environmental stewards. Even after 40 years, each field experience is completely unique, and this season has been filled with some amazing moments. Veritas School (an independent school in Richmond, Virginia) started our season off with a bang by breaking in the lodge and being the first school to join our "Conservation Challenge Hall of Fame"! This distinguished award is given to those groups that meet or exceed our conservation challenges in water usage, energy conservation, species identification, and S.L.O.P. (Stuff Left On Plate). Because of its unique elements, if Fox Island students use 3 gallons of water or less each, have less than three strikes in energy baseball (a race to shut off lights), identify at least 50 Chesapeake species, and have no S.L.O.P. after each meal, then they are true conservationists and are inducted into our "Hall of Fame." When students take these conservation practices home, they send out a wave of responsible resource use that influences their family, friends, and community.

One of Veritas' favorite field investigations was exploring the submerged aquatic vegetation (SAV) and the critters that inhabit this environment. Using a crab scrape, a tool used by watermen for centuries that includes a metal frame and net that extends roughly 5 feet, we scraped the grass beds underneath the Walter Ridder, CBF's 40-foot, jet-drive field investigation boat, for about two minutes and dumped our catch onto the engine box. Sixteen students crowded around the Ridder_s engine box, sifting through the grasses, on the prowl for life. A habitat that provides food and protection for many types of animals, underwater grasses harbor large critters like terrapins, blue crabs, and fish, along with small mud crabs, amphipods, and shrimp.

As natural filters of pollutants and sediment, Bay grasses are incredible indicators of the health of the Bay. As students explore these grasses and the species that rely on them, with their hands and using books and dichotomous keys, the connection between the health of the Bay and the grasses is immediate. Further, we discuss what prevents these grasses from thriving, like contributing excess nutrients into the Bay's rivers and streams and overworking the grasses with large sediment loads.

Time and time again teachers and students talk about something called "Fox Magic." We certainly experienced that "magic" out there in the middle of the Bay with Veritas students, and I, too,  experienced that magic in high school on education experiences with CBF on Fox Island in 2010 and 2011. It's an honor to capture these awesome moments and speak for such a great place.

Click here to learn how you can take part in "Fox Magic" and other CBF education experiences.

Ensure that future generations continue to enjoy extraordinary sights and places like these along the Chesapeake. Support the Chesapeake Clean Water Blueprint—the plan to Save the Bay and its waters!