Conowingo Can't be Excuse for Inaction 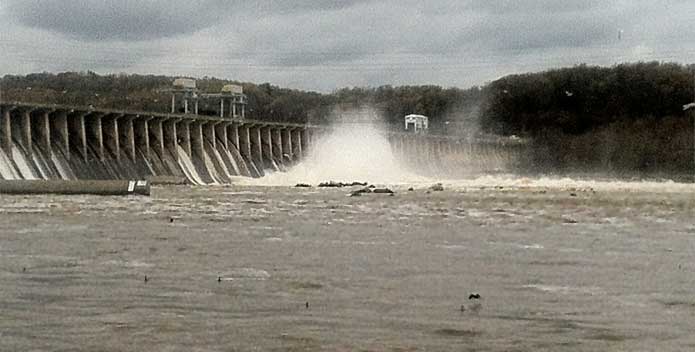 Conowingo Dam on the Susquehanna River.

A law firm representing Dorchester County is soliciting support from other Eastern Shore localities to unite in a potential fight against efforts to clean up local creeks, rivers, and the Chesapeake Bay. The firm's proposal is rife with misinformation, and is based on a flawed central argument.

The law firm claims massive pollution flows from the Susquehanna River will erase any progress that local areas have made, or plan to make in reducing pollution. The firm further alleges the Susquehanna's impact will worsen dramatically because the Conowingo Dam can no longer trap pollution as it once did.

Science is very clear that local creeks are fouled by local farms, sewage plants, and other sources. The Susquehanna River doesn't flood local Maryland Bay tributaries with pollution. To suggest local governments should relax their own efforts, even potentially fight water pollution standards, until the Susquehanna is cleaned up is irresponsible.

The author of the study the law firm used to support its argument, Robert M. Hirsch of the U.S. Geological Survey, has confirmed to the Chesapeake Bay Foundation that the lawyers dramatically misrepresented his findings.

Here are the facts.

We can't use the Conowingo as an excuse to do nothing elsewhere. That repeats an old, failed strategy around the Bay: blame the other guy.

Some clean-up efforts in the future, such as upgrading storm water systems and failing septics, will be expensive. Innovative answers may be close, such as "green infrastructure" that mimics nature in order to treat polluted runoff, or "nutrient trading" that could help achieve pollution reductions in a more cost-effective way. We have till 2025 to fully implement the new Baywide cleanup plan. For now, we need only pick up the pace of our efforts.