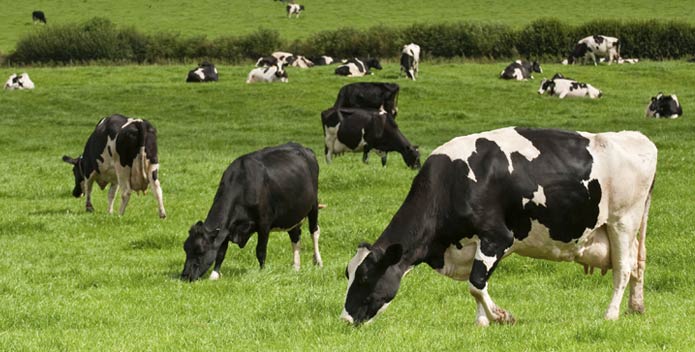 Farmers who graze their herds have lower costs for such things as feed, fertilizer, pesticides, and equipment, and also routinely produce less nutrient and sediment pollution, primary pollutants to the Chesapeake Bay.

With lobbyists for industrial agriculture predicting the collapse of American farming if the Clean Water Act is enforced, it's refreshing to meet Myron Martin, and other farmers like him. And it may be more important to see their farms' balance sheets.

Martin is a dairy farmer in western Maryland. But his Peace Hollow Farm is not just any farm. It is perhaps the most profitable dairy farm in the region by some measures, according to recent calculations by the University of Maryland Extension. It also is one of the most environmentally friendly. Martin is a mentor in the Maryland Grazers Network, a Chesapeake Bay Foundation (CBF) project that helps farmers learn from other farmers and farm/environmental professionals how to cut down on farm pollution and to increase profits.

Martin, like other Grazers, raises his cows on pasture, the old fashioned way, rather than confining them in the typical model of modern animal husbandry. Grass farmers have lower costs for such things as feed, fertilizer, pesticides, and equipment, and also routinely produce less nutrient and sediment pollution, primary pollutants to the Chesapeake Bay.

Martin earns a per-cow profit for his milk of $919 on average, according to studies conducted by Dale Johnson of the Extension. The average confinement operation earns $451 per cow. Other farmers in the Grazers Network earn $588 per cow. Martin earns nearly as much in milk sales for his 72 cows as the average confinement dairy farmers would earn with 147 cows—twice the per-cow profits.

These sorts of figures contradict the American Farm Bureau, which has been trying to raise fears among farmers that new efforts to clean up the Chesapeake Bay would put farmers out of business. Peace Hollow Farm and other operations prove the opposite: Sustainable farming can help increase profits.

"He (Martin) still has to deal with manure but the way he's managing his pastures, we're very confident very little manure is leaving the pastures and going into the waterways," Johnson said. "Is there a more environmentally friendly way of producing milk and possibly more profitable? We're thinking grazing does both."

For more information, check out the Chesapeake chapter of Buy Fresh Buy Local hosted by CBF.