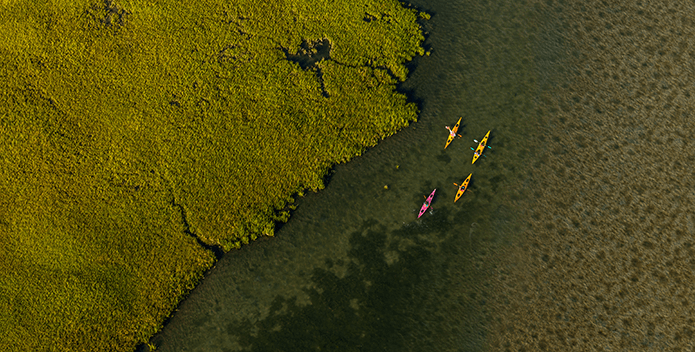 The Eastern Shore of Virginia's waters have ebbed and flowed with the tide for ages. For centuries, Shore residents have depended on the bounty of the fish, crabs, oysters, and fowl in the many creeks, marshes, and the Chesapeake Bay. Today the rural Eastern Shore is the epicenter of Virginia's oyster and clam aquaculture industry and is known by visitors and locals for its tranquil beauty.

The Chesapeake Bay Foundation (CBF) has long worked on local issues important to the Shore. Key among these are:

Get Involved on the Shore

We offer numerous opportunities for local Shore residents to participate in saving the Bay.

CBF's Virginia Voices Outreach Coordinator Jay Ford, based in Accomack County, is a tireless advocate for clean water in the region. Jay focuses on Eastern Shore issues and works with CBF staff throughout the Commonwealth and Maryland. Before joining CBF, he served as the Virginia Eastern Shorekeeper. He lives in Accomack County. You can contact him at 757-971-2600 or jford@cbf.org.