The Economic Importance of the Bay 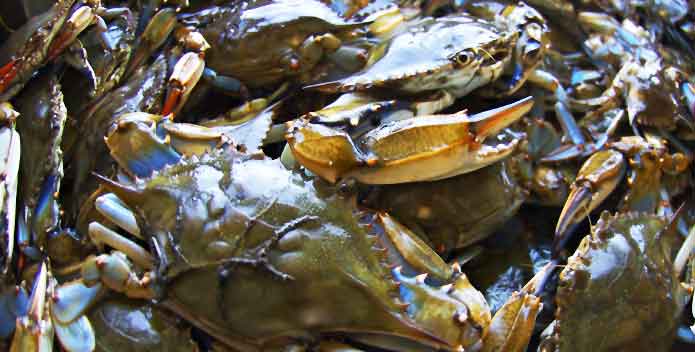 The 2009 dockside value of the Chesapeake blue crab harvest Bay-wide was approximately $78 million.

SHOW YOUR SUPPORT: EPA must use its authority under the Clean Water Act to hold New York and Pennsylvania accountable for meeting their Chesapeake Clean Water Blueprint requirements. If we are to save the Bay, they must be held accountable. Stand with CBF as we take EPA to court.   Sign Up Now

The wealth of the nation is its air, water, soil, forests, minerals, rivers, lakes, oceans, scenic beauty, wildlife habitats, and biodiversity . . . that’s all there is. That’s the whole economy. That’s where all the economic activity and jobs come from. These biological systems are the sustaining wealth of the world.

The protection and restoration of the Chesapeake Bay and its streams and rivers are essential to a healthy and vibrant economy. The Bay provides countless opportunities and dollars in regards to its fishing, tourism, real estate, and shipping industries. Furthermore, working to restore this vital resource helps spur job growth and protect the countless livelihoods that depend on the Bay's health. Quite simply, failure to "Save the Bay™" threatens the Bay's value as an economic driver. Conversely, investing in clean-water technology creates jobs, generates economic activity, and saves money in the long run.

It's becoming more and more apparent that working to restore the Bay actually creates jobs and supports livelihoods rather than hinders the region’s economic growth as many would have you believe:

The Bay's Fisheries and Seafood Industry

Five-hundred million pounds of seafood are harvested each year from the Chesapeake Bay supporting the region's livelihoods and ways of life. In fact, the 2009 Fisheries Economics of the U.S. report by the National Oceanic and Atmospheric Administration (NOAA) indicates that the commercial seafood industry in Maryland and Virginia contributed $3.39 billion in sales, $890 million in income, and almost 34,000 jobs to the local economy.

The facts speak for themselves:

Economic Importance of the Bay