No Drill, No Spill

Former CBF President Will Baker and CBF Litigation Fellow Brittany Wright discuss the dangers of offshore drilling and the current administration's plan to put the Chesapeake Bay at risk.

02:00 The federal government's proposal for offshore oil and gas drilling.
03:00 Why CBF is concerned.
04:30 Why ocean drilling is a concern for blue crabs.
05:25 The Bureau of Ocean Energy Management (BOEM) process for developing five-year plan for potential lease sales.
09:35 Timeframe for remaining stages of the process.
10:20 Florida's exemption and the role of governors and Congress.
12:06 How an estuary is affected by oil pollution.
13:15 How offshore drilling impacts Naval Station Norfolk's ability to do its job.
14:36 The National Environmental Policy Act, how it relates to this issue, and how this issue relates to climate change and the safety of the oil and gas industry.

Graphic of Oil and Gas Leasing and Development Process 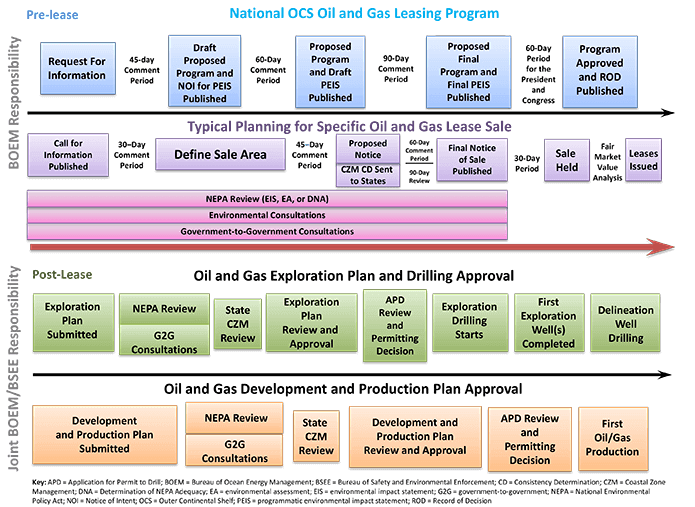