The Moment in Time

In our stride, we are a national model for championing clean water.

EPA issues precedent-setting pollution-reduction targets for the Chesapeake in accordance with a legally binding and enforceable settlement that resulted from a CBF suit against the agency for failure to enforce the Clean Water Act. Each of the six watershed states and the District of Columbia has submitted and begun to implement plans to meet the required pollution reductions. 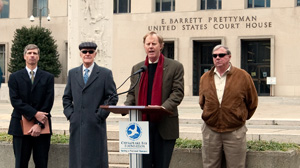 CBF President Will Baker holding a press conference to announce CBF filing suit against EPA the result of which being the establishment of a Chesapeake Clean Water Blueprint.

EPA's targets and the states' plans to achieve them create a Chesapeake Clean Water Blueprint that is different from any of the failed efforts that preceded it. This new achievable Blueprint ensures state and local responsibility, sets two-year incremental milestones to keep clean-up efforts on track; and imposes consequences for failure.

Following legal action by CBF and partners, Newport News City Council terminated plans for the King William Reservoir, an unnecessary $287-million reservoir project in southeast Virginia that would have destroyed 430 acres of wetlands in the York River's headwaters and become the single greatest permitted wetlands loss in the history of the Clean Water Act.

With urging from CBF, Maryland regulators blocked the Cross County Connector highway project in Charles County. The highway would have allowed sprawling development in a largely forested area, polluting Mattawoman Creek, a Potomac River tributary and one of the Chesapeake Bay's most productive fish breeding grounds. 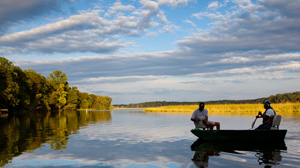 The Maryland State Board of Education unanimously passed a requirement that all high school students complete a course of study in environmental literacy before graduation. The requirement, the Nation's first, marked the culmination of tireless and passionate efforts by CBF and more than 225 partner organizations that together make up the CBF-led Maryland No Child Left Inside Coalition. 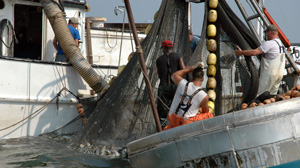 The Atlantic States Marine Fisheries Commission amended its menhaden management plan to allow the stock to rebound from historically low levels. This decision followed the pursuit of scientific refinements to strengthen menhaden management advocated for by a CBF-founded coalition dedicated to protecting the Atlantic menhaden. 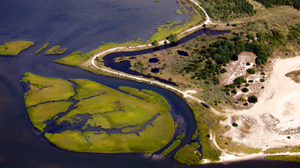 CBF partnered with the City of Virginia Beach and the Trust for Public Land to protect from a 1,000-unit housing development. The 122 acres of sensitive waterfront, one of the last tracts of undeveloped land along the Lynnhaven River, will be preserved and open to the public. A small portion of the property will be used by CBF and partners as an environmental education center.