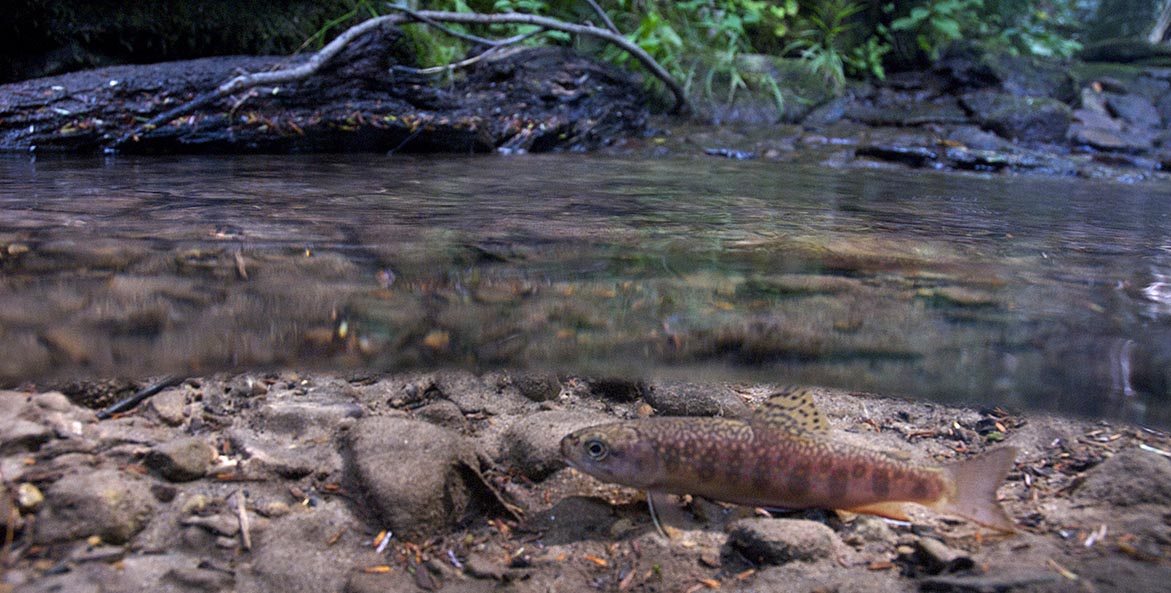 Pennsylvania's once abundant brook trout cannot survive pollution or drastic temperature change. Once found throughout the state, today the beloved "brookie" is found in only a handful of exceptional and high quality watersheds.

In 1986, with Pennsylvania established as a full partner in the Bay cleanup, CBF opened its Harrisburg office. Reducing contaminated agricultural runoff by working with local farmers, fighting to save the habitat of the iconic brook trout, connecting students to the value of the waters around them, and advocating for wise stormwater management, are just a few examples of CBF's commitment to a clean-water future in Pennsylvania.

CBF's Pennsylvania office strives to reduce pollution from these sources through successful collaboration with a broad range of stakeholders—including government officials, local decision-makers, farmers, landowners, and others—to implement projects, policies, and programs that address pollution in our rivers, streams, and ultimately the Bay.

For the latest on what we're up to in Pennsylvania, check the current issue of our Penn's Waters newsletter.

Inside the Pennsylvania Office