Black Heroes of the Bay 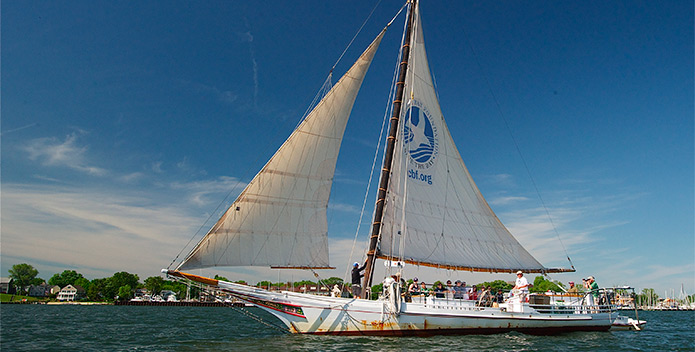 In honor of Black History Month, we celebrate five heroes of the Bay who continue to inspire us every day with their deep connection to and passion for the Chesapeake. Read their stories below. 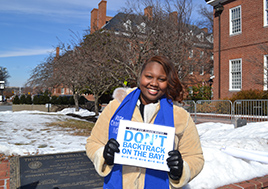 Don't let her age fool you, Devan has been a leader in her community for years. Devan has been the President of the Student Bay Advisory Council, President of the Maryland Association of Student Council, an inspiring speaker at the "Don't Backtrack on the Bay" rally in Annapolis, and a speaker at the State of the Bay Summit, which Devan sees as one of her biggest accomplishments. AND she's still a student! She hopes to continue her amazing work after she graduates from American University by working with a non-profit. She feels that her "best work can be done there whether in human rights, environmental, or women's rights efforts."

Any time you backtrack on the Bay, you are backtracking on the next generation, my generation. And I am not OK with that. 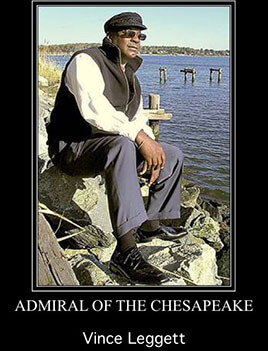 Vince Leggett was introduced to the Chesapeake Bay through weekend fishing trips with his father to escape the asphalt and concrete of east Baltimore. Early on he realized that there must be a celebration of both the natural and the cultural history of the Bay. So, in 1984 he began the "Blacks of the Chesapeake Project," documenting the contributions of Black Watermen on the Chesapeake Bay. Soon after, the organization established the Blacks of the Chesapeake Foundation which is dedicated to sharing the legacy of African American achievements in the seafood and maritime industries, preserving and conserving the environment, and promoting the success of the seafood industry in the mid-Atlantic region. Leggett has served as the historical consultant for the "Black Captains of the Chesapeake" documentary film, served on several advisory committees, and was the third African-American to become an Admiral of the Bay in 2003.

I caught the spirit of the Chesapeake. 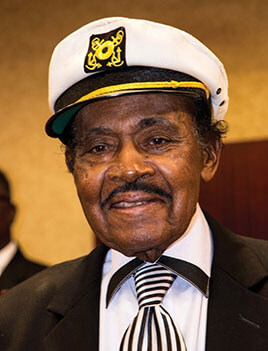 Captain Eldridge E. Meredith Sr. (1926-2017) was a fourth-generation Chesapeake Bay waterman who spent a lifetime committed to the conservation and restoration of the Chesapeake Bay. He was born and raised on Kent Island and spent most of his life on Maryland's Eastern Shore. Captain Meredith became an innovator, expanding his traditional role of a watermen to a charter boat business and restaurant owner. On February 23, 2017, he was honored as the 101st Admiral of the Chesapeake Bay, becoming the fifth African American to receive the designation. That is the highest honor of maritime environmentalism and advocacy the governor can present.

Catch one for the road, wind them in, we're on our way. Save some fish for another day. 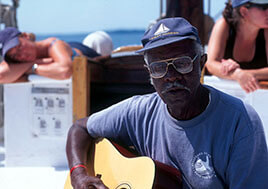 Earl White (1919-2004) was born in Dames Quarter, Maryland, where he followed the water, sailing skipjacks. He was a third-generation waterman and oysterman who spent most of his life tonging and dredging for oysters in Bay waters. His love for the Bay eventually led him to the Chesapeake Bay Foundation, where he worked on the Stanley Norman skipjack, as an environmental educator. He was a wonderful spokesman for CBF and had a history with the Bay that was rare and unique. Earl's dedication to restoring the Bay and his ability to reach young stewards of the Bay earned him great respect, and in 1998 he was awarded the Governor's accolade of "Admiral of the Chesapeake Bay."

I was baptized on the Bay. 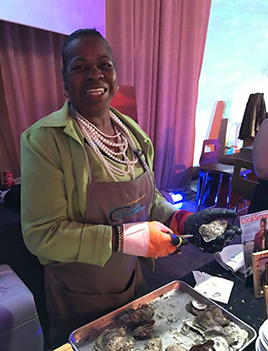 Deborah Pratt wowed me as I volunteered at D.C. on the Half Shell. Her shucking speed, which has won her many awards, was only part of the draw. It was her smile, her larger than life personality, and her willingness to teach novice shuckers how it's done that won me over immediately. She started shucking out of necessity as a young girl in Virginia and didn't realize the impact that little bivalve would have on her life. Deborah has traveled all over the U.S. and to Ireland to participate in shucking competitions. She has provided a good life for herself and for her family. And she has even been featured in Southern Living Magazine.

About the Bay   Black History and the Bay