2018 State of the Bay: A Stiff Reality Check 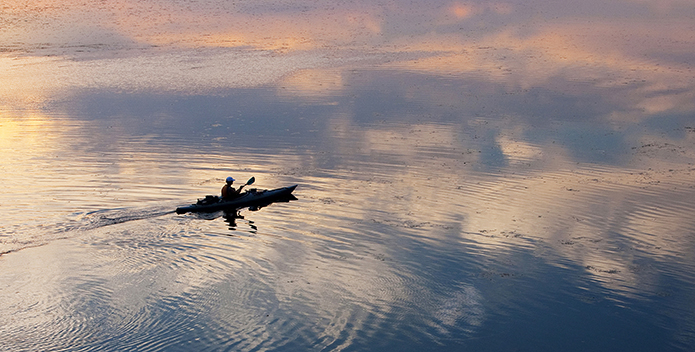 Rainfall in 2018 temporarily made the 64,000-square-mile Chesapeake watershed into a temperate rainforest (where rainfalls average more than 55 inches), except without the trees. Instead of the average 41-42 inches of rain, annual totals for the region ranged from 62 in Central Virginia and Pennsylvania to an amazing 80 inches on the west side of the Baltimore Beltway. Even more remarkable was the rainfall's consistency: above average levels in ten of twelve months.

But rainforest ecosystems don't have the population density or the acreage of asphalt and concrete of the Chesapeake region. Here, the extra 2-3 feet of rain constituted what CBF President Will Baker declared "a major assault on the Chesapeake ecosystem." The rain swept high loads of stormwater pollution into our streams and rivers, from the James in the south to the Susquehanna in the north.

The assault came just after Bay scientists concluded in late 2017 that the Chesapeake Clean Water Blueprint was clearly working. Pollution reductions were beginning to drive self-reinforcing positive feedback loops leading to restoration instead of destructive ecological cycles driven by pollution. Now, however, in its biennial State of the Bay Report for 2018, the Foundation has been forced to downgrade the score from 2016's optimistic C- to a much-less-than-satisfactory D+. Not pleasant but CBF follows what Bay data indicate.

So, what are the lessons for us here? A cynic might be tempted to say that our optimism a year ago was false, that all the 35-year Bay cleanup effort and expense have been wasted by forces beyond our control. But, a clear-eyed optimist will instead look closely at the important scientific signals and watch carefully as 2019 progresses. Here's what we know or suspect so far:

At this point, it appears that progress on the Chesapeake Clean Water Blueprint has made a difference. The Bay ecosystem is showing its capacity to adjust, but 2018's rainfall has given us a reality gut check. The bay remains a system dangerously out of balance, and, as Will Baker noted, the recovery is at an early stage. Within the past ten years, we have now seen two with more than 60 inches of rain (the other was 2011), and the climate is growing warmer, which will bring more moisture.

There are steps we can take now to improve the Chesapeake's capacity to adjust to weather extremes. Building that kind of resilience is the heart and soul of the Clean Water Blueprint. The clear-eyed optimist has a resounding answer to the cynic: "We know it works. LET'S FINISH THE JOB!"