This Month on the Bay: Tiny, Timid, Timberdoodle Dancers 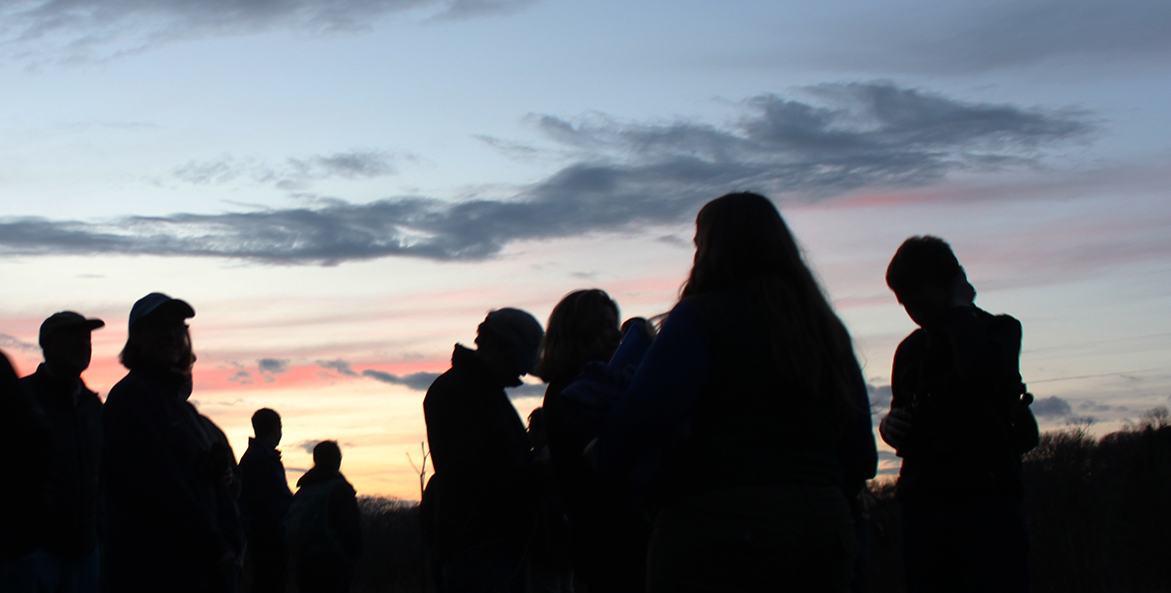 Waiting at the Pickering Creek Audubon Center for the American woodcocks to begin their spring mating displays, which occur only at dusk and dawn.

The sun sank. The indigo evening swept in with a hush. Ears straining and flashlights ready, we waited for the timberdoodles.

In regard to the springtime mating flight performed by male American woodcocks, conservationist Aldo Leopold had two recommendations.

Ever since reading Leopold's description of the woodcock's "sky dance" in his 1949 book A Sand County Almanac, I've itched to see the seasonal display in person. Who could resist the notion of a pint-sized featherball spiraling to a 300-foot zenith in the air before plummeting, "like a crippled plane," back to earth? 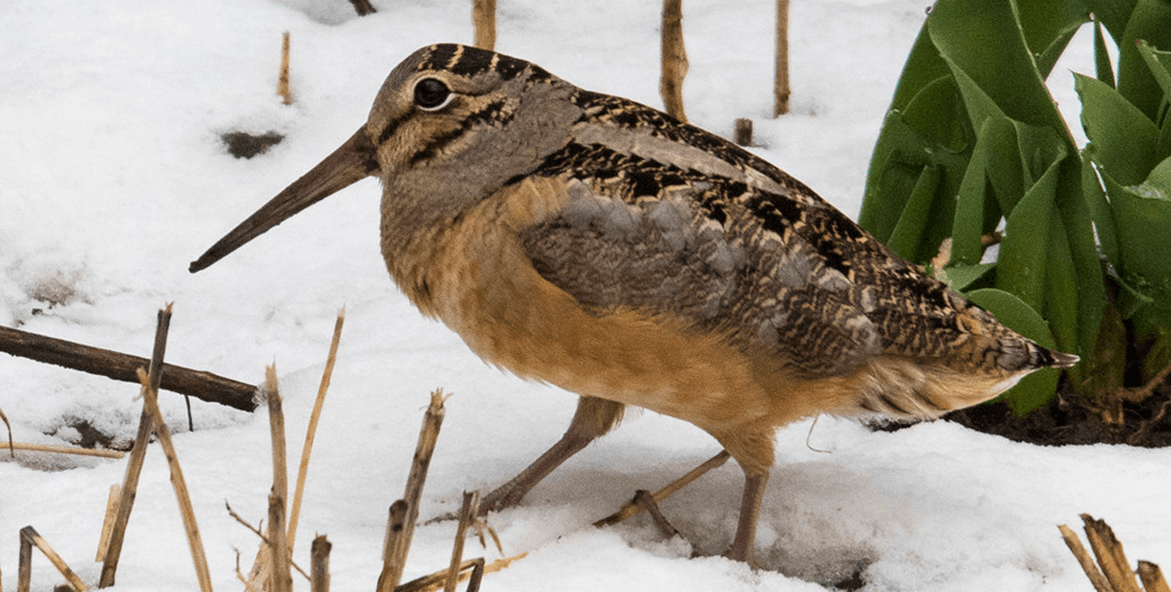 An American woodcock forages through the snow.

So it was with unseemly excitement that I headed over the Bay Bridge this week, keen to partake in an evening of 'woodcocking' at the Pickering Creek Audubon Center near Easton, Maryland. The air was warm and a storm brewed to the north. Boots? Check. Binoculars? Check. Camera and notebook and five pens? Check them all!

Turns out, my packing list was a bit overzealous. The only things you really need to find woodcocks are two good ears and a flashlight. As the staff at the Pickering Center explained, we would likely only see the woodcocks as specks against a darkening sky—if we were lucky enough to see them at all.

More often than not, they can only be heard by the buzzer-like "peent" call the males make before their mating displays (the Cornell Lab of Ornithology curates some pretty good examples online). They wait until dusk, or as Leopold wrote, "a romantic light intensity of exactly 0.05 foot-candles," to even begin their dances. And they're temperamental about it. 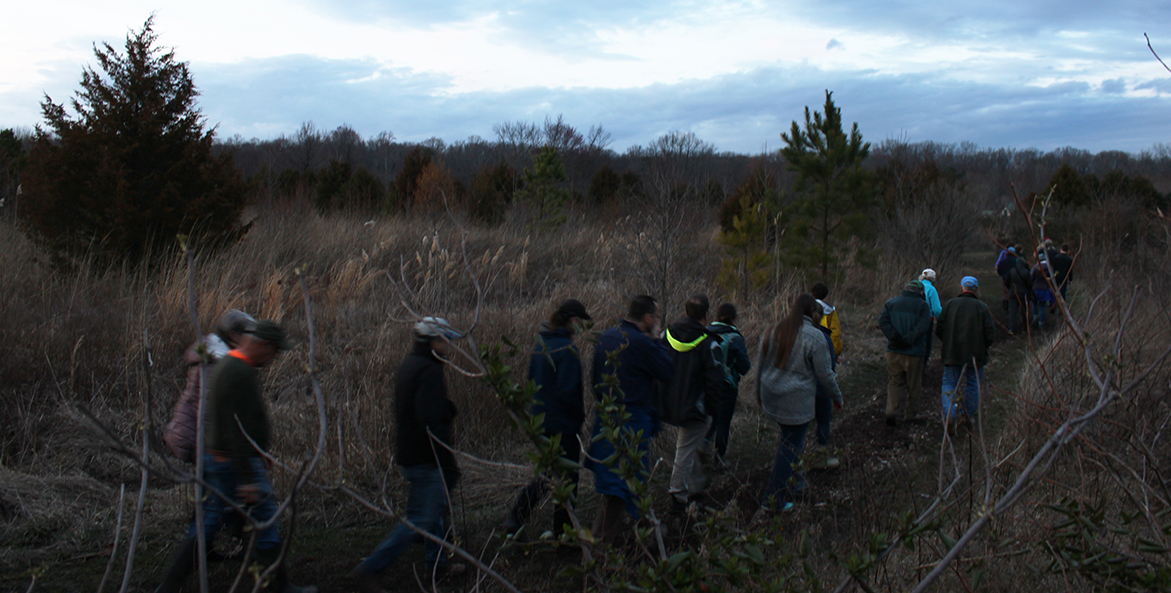 A birding group heads out into the wet meadows surrounding the Pickering Creek Audubon Center on Maryland's Eastern Shore in search of American woodcocks.

The location must be just right—a meadow or forest clearing, not too open, not too cluttered. Woodcocks are technically shorebirds, but they live in young forests and old, shrubby meadows, often near water, where they can probe the soil with their long beaks in search of earthworms and other insects. Luckily, the Chesapeake is home to woodcocks year-round. Our best chance was to hunker down in good woodcock habitat and listen for the "peent," then snap on a flashlight to try to spot the gleam of their eyes.

We headed into the meadows surrounding the Pickering Creek Center when the sun was low and pink clouds streaked the sky. Once farmland, the Center began restoring wetlands and forests on the property in the early 2000s, with the help of the Conservation Reserve Enhancement Program (CREP). (If that sounds familiar, it is—CREP is a key federal conservation program that helps landowners in the Bay watershed plant forested buffers along streams, one of the most cost-effective ways to improve water quality.) 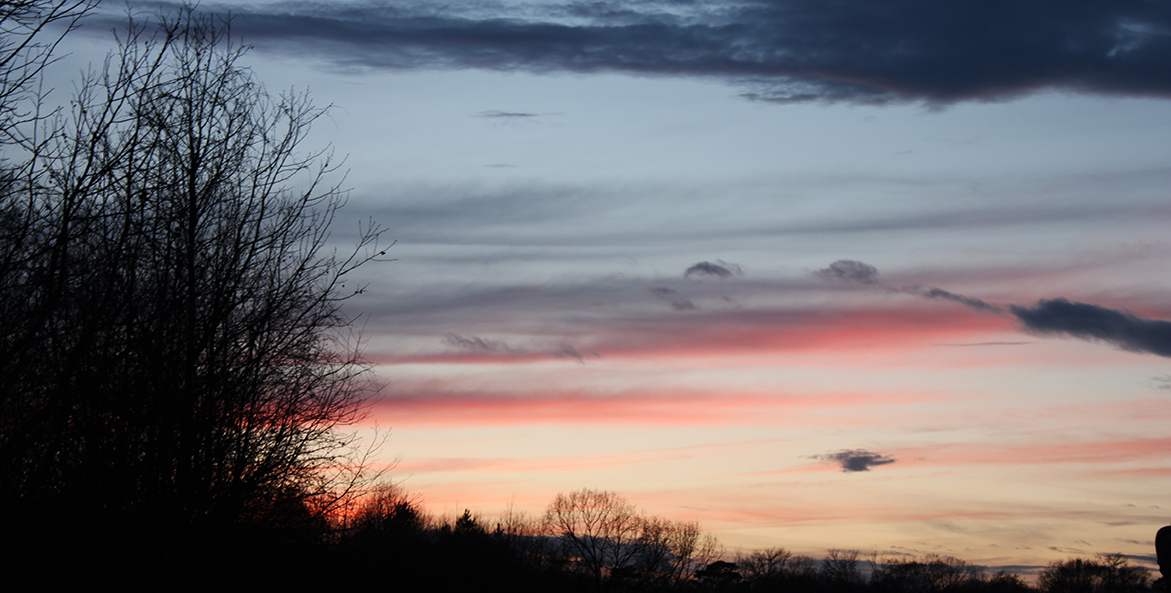 The sun sets over a young forest, which is ideal habitat for American woodcocks.

We reached a suitably scruffy field surrounded by young forest and abutted by a wetland pond. The sun sank. The indigo evening swept in with a hush. Ears straining and flashlights ready, we waited.

When you take a minute to actually listen, it's amazing how musical the night is. Spring peepers hummed, a trio of wood ducks called, and geese chattered as they flew by. Above our heads, bats darted through the warm night air, snacking on bugs too small to see. Below our feet, grass crunched as we fidgeted and shifted our weight. Was that a phantom fluttering I heard? I chastised my breathing. Why do I need so much air?

Alas, the darkness became complete without a single "peent." There would be no woodcock show to dazzle us. It was hard to stay disappointed, though. Seeing the woodcocks wasn't that important after all. It was simply knowing they exist. That somewhere out in the far meadows and forests of our watershed, on soft spring evenings, they are spinning and singing and dancing into the night.

And there's plenty of hope for glimpsing a sky dance yet this year. Spring is still young. Love is in the dusk air. Don't be late. Sit quietly.

What We Have to Lose   Conservation   Forest Loss