This Month on the Bay: Homebound Birding 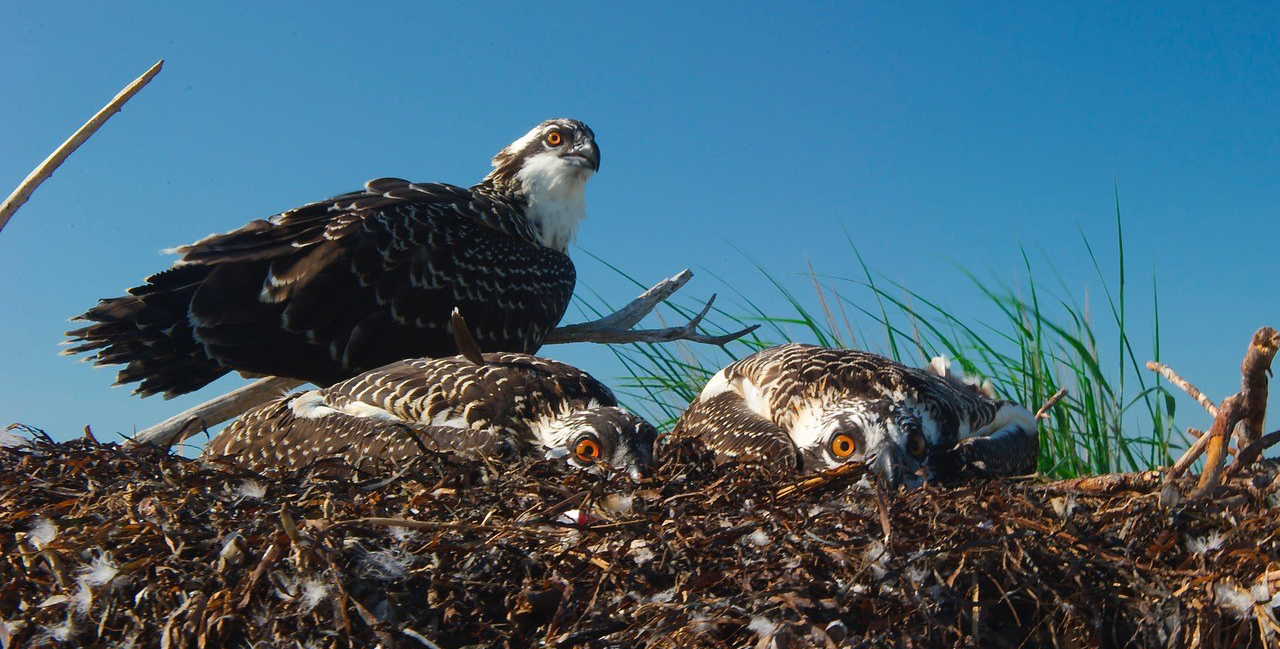 In spring, osprey return to the Chesapeake Bay to raise their young.

We all may be stuck close to our nests, but webcams and windows are still aflutter as the Bay’s charismatic avian residents celebrate spring. Here’s what to look for.

"Hope is the thing with feathers," wrote Emily Dickinson more than a century and a half ago. In all likelihood, her metaphor was not a suggestion to watch webcams of bird nests in the middle of a global pandemic. But show me livestreams of ospreys, herons, geese, eagles, and falcons, and I'll show you a merrily whiled-away hour of self-quarantine.

The bounty of online video feeds available is so expansive, though, it can overwhelm those of us who are more backyard bird dilletante than studied biologist. After several days of eagerly checking in on nests between conference calls, I found myself repeating a simple question: what the heck am I seeing?

So I called up Bill Portlock. In addition to being CBF's Senior Educator for the Bay, Bill is our resident avian expert. I hoped he could add some ornithological substance to my webcam diet.

A field naturalist to the bone, his first piece of advice was a gentle reminder that it's still a great time to observe birds outside, even if you can't stray far from your window, yard, or neighborhood park. Open your ears! From cardinals to warblers, male songbirds are singing in the season, making them easier to spot now than during other, more silent times of year.

"Typically, males arrive and set up territory where they think they'll nest, and then he'll sing," Bill explained. "It tells other males he's claimed the area and announces to females that he's there and ready. If she decides the song is good enough and the territory looks adequate, they mate and raise young." 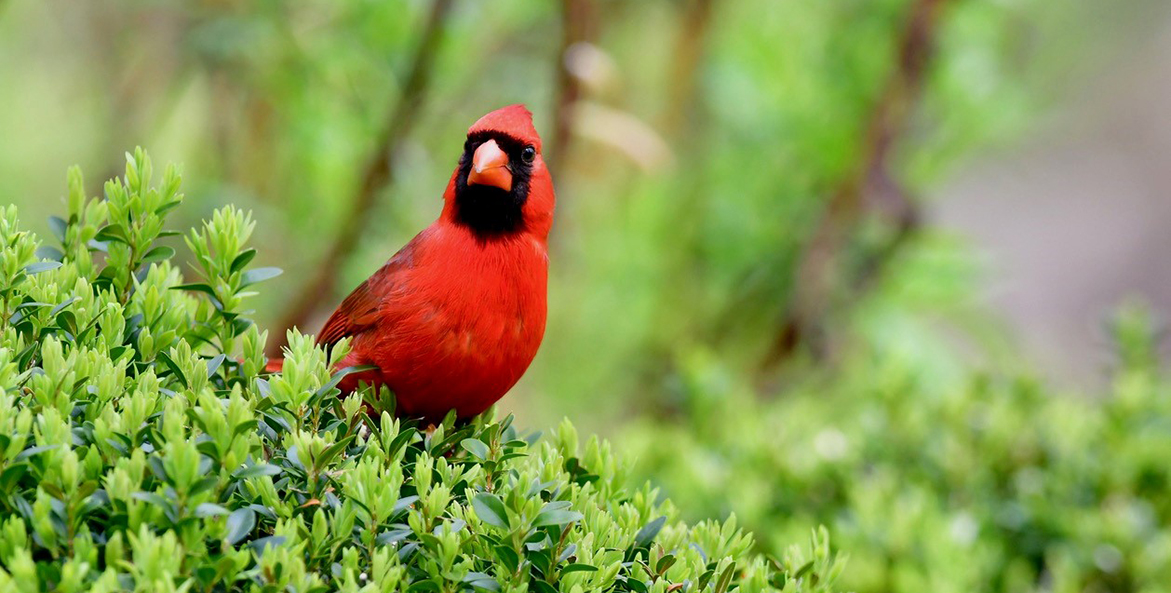 Whereas some birds are solo acts, male and female cardinals sing a duet.

Bird songs, he pointed out, are actually unique from bird calls. Calls are used at any time of year and are often non-musical—a click or a buzz, say—but songs are special to times of courtship. While typically performed by male birds, the song of some species, like the cardinal, is a male-female duet, he said.

With the spring migration in full swing, new species are moving through the watershed every day and will continue to do so until about mid-May. Yellow-throated warblers, black and white warblers, pine warblers, and blue-gray gnat catchers have all arrived in the last week in Virginia, Bill said. For some species, the Mid-Atlantic region is simply a stopover on the way to summer homes in Canada and other points North. For others, such as osprey, the Bay watershed is the perfect place to settle down and raise a family.

Which brings us back to webcams. A wide variety of species and locations are available in the watershed, including: 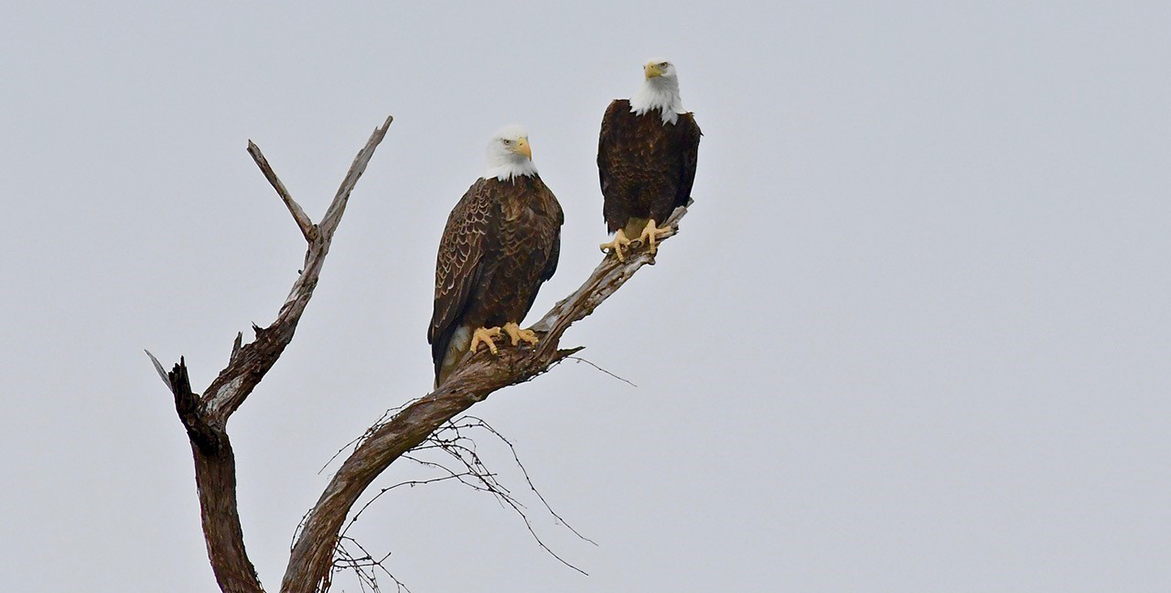 If you do sit down to watch for a few minutes (or hours—really, who's counting?), Bill suggests tuning in at dawn or in the evening, when the birds are typically most active. "They spend midday doing feather maintenance or taking a nap," he said. "Most of their feeding is done early."

He also recommends keeping a few guiding questions in mind as you observe:

Male osprey, for example, generally fish while their mates take care of the nest. "When he comes back, he usually lands near the nest but doesn't go directly to her," Bill explained. "He holds onto the fish and they talk a bit. Then he ceremoniously gives it to her, and she tears it into pieces and feeds the young."

"It's a loaded question," Bill said. "Because they do." In addition to the traditional sticks, osprey have been known to collect underwater vegetation like widgeon grass and eelgrass, possibly using the greenery to help cool the nest in the summer heat. They also have an eye for more frivolous items: "One researcher I know said he's found bikini bathing suits, and fishing line of course, which is dangerous."

Bald eagles, too, are collectors. Those that call the James River home are known to have a fondness for ring-billed gull feathers. "There's a huge population of gulls on the river in the spring," Bill said. "The eagles not only can pick off a ring-billed gull, they eat them and line their nest with their feathers." 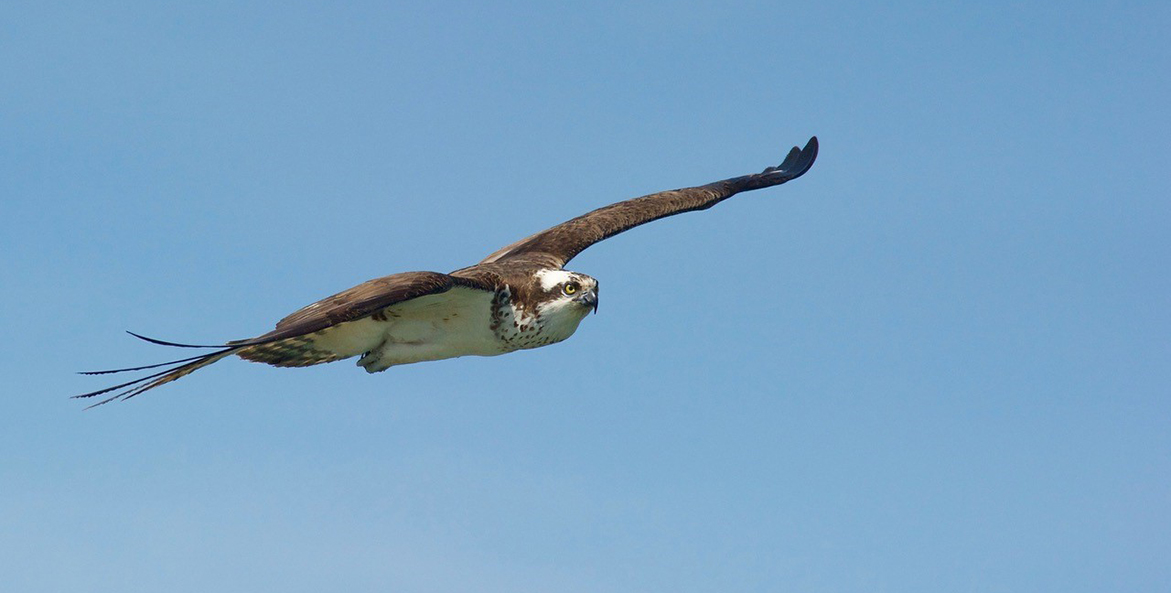 Birds like osprey rely almost exclusively on fish and build their nests close to water.

Lastly—but certainly not least!—if you want to help keep the watershed healthy for these birds and others, one of the best things you can do is plant a native tree or other native plants, Bill said.

"Native is emphasized because, if it's not native, the food the tree produces will not be suitable for the birds that live here," he said. "You may see an ornamental tree that has no insect damage. Well guess what—if the caterpillars don't like it, chances are you won't have the butterflies or birds, either."

You can find planting resources and learn more about the benefits of trees, as well as CBF's ambitous Keystone 10 Million Trees Partnership, at tenmilliontrees.org. Happy trees. Happy spring. Happy birdwatching.

What We Have to Lose   Conservation   How To