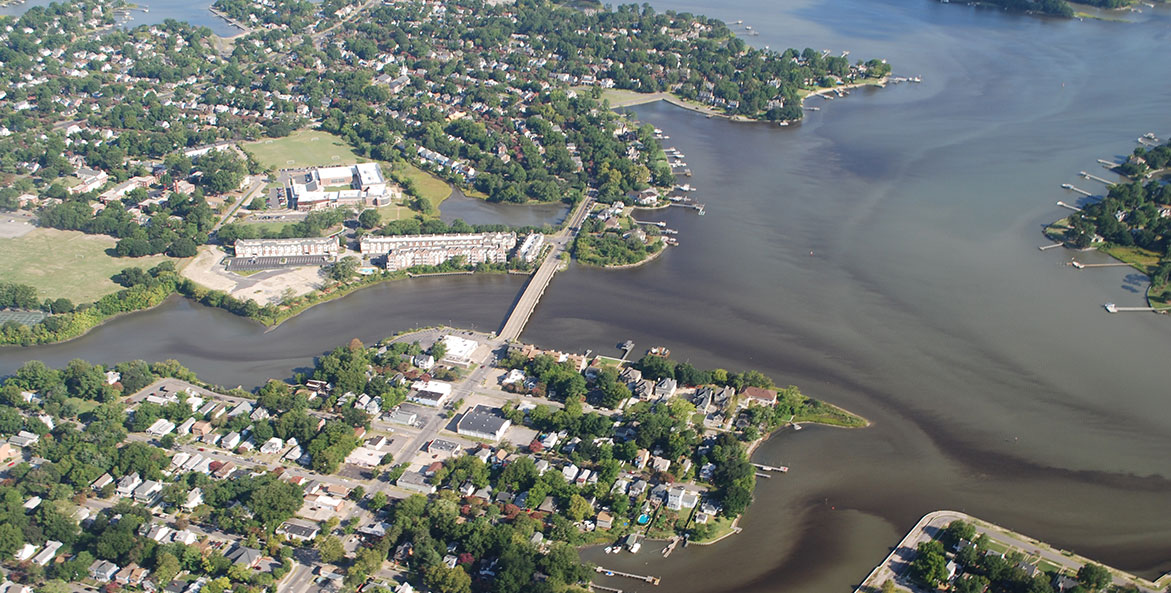 We’re suing the Environmental Protection Agency for its failure to enforce the Clean Water Act. Here’s what you need to know.

This week, CBF and our partners took the next step toward requiring the U.S. Environmental Protection Agency (EPA) to uphold the Chesapeake Clean Water Blueprint and ensure pollution-reduction goals for the Chesapeake Bay and its rivers and streams are met.

Here’s what we did and why.

What action did we take?

On September 10, CBF, together with the Maryland Watermen’s Association, Anne Arundel County, and Virginia cattle farmers Jeanne Hoffman and Bobby Whitescarver, filed suit against EPA. The reason is simple:

The TMDL allocates pollution reductions to each of the six Bay states and the District of Columbia. The Blueprint requires each jurisdiction to create and implement plans and milestones to achieve those reductions.

It is EPA’s job to hold the jurisdictions accountable and take action if they fail to provide plans that can legitimately meet their respective cleanup commitments. Each jurisdiction must demonstrate its clean water plan is thorough and supported by the necessary laws and funds to implement it.

Together, the limits, plans, milestones, and consequences form the Chesapeake Clean Water Blueprint.

The final plans submitted by Pennsylvania and New York last year have major problems. Pennsylvania’s plan would only achieve roughly 73 percent of its 31-million-pound nitrogen-reduction commitment, and by the state’s own analysis, it is underfunded by nearly $324 million a year. New York’s plan includes a nitrogen shortfall exceeding 1 million pounds annually and fails to adequately identify funding sources for meeting agricultural and stormwater commitments.

Despite these deficiencies, EPA did not require either state to revise their plans to achieve their pollution reduction commitments and took no steps to hold them accountable.

In May 2020, CBF and our partners filed a Notice of Intent to sue EPA—the first step in litigation to make EPA perform its critical oversight role. The Clean Water Act requires providing EPA a 60-day notice to resolve issues before a lawsuit can be filed. EPA has refused to resolve these issues, leaving us no choice but to pursue legal action.

Why are we taking action now?

EPA approved the plans in December, despite repeated calls from CBF, citizens, and downstream states that it require Pennsylvania and New York to do more. Then, on Jan. 3, Dana Aunkst, the head of EPA’s Chesapeake Bay Program, suggested the targets are not enforceable and called the 2025 deadline “an aspiration.”

With only five years to go until the Blueprint’s 2025 deadline, EPA’s failure to do its job jeopardizes the success of the entire Bay cleanup effort and prevents the attainment of the fishable, swimmable waters guaranteed by the Clean Water Act.  As a result, blue crabs, fish, oysters, underwater grasses, and other natural resources that fuel the economic engine of the Chesapeake Bay region are at risk.

What is the legal basis of our action?

EPA’s failure to undertake any significant backstop actions or impose consequences for the inadequate cleanup plans submitted by Pennsylvania and New York violates the Clean Water Act and flouts its obligation to hold jurisdictions accountable to their commitments under the Bay TMDL.

The Chesapeake Clean Water Blueprint will only be successful if each jurisdiction meets its pollution-reduction goals in accordance with the Bay TMDL. This is especially true for Pennsylvania, and to a lesser degree New York, because the Susquehanna River provides roughly half of the Bay's fresh water as well as almost half of the nitrogen pollution.

The Chesapeake Bay is a national treasure, and clean water is essential to our region’s health, economy, outdoor heritage, and quality of life. If we want to save the Bay and leave a legacy of clean water to future generations, we must hold EPA accountable now.