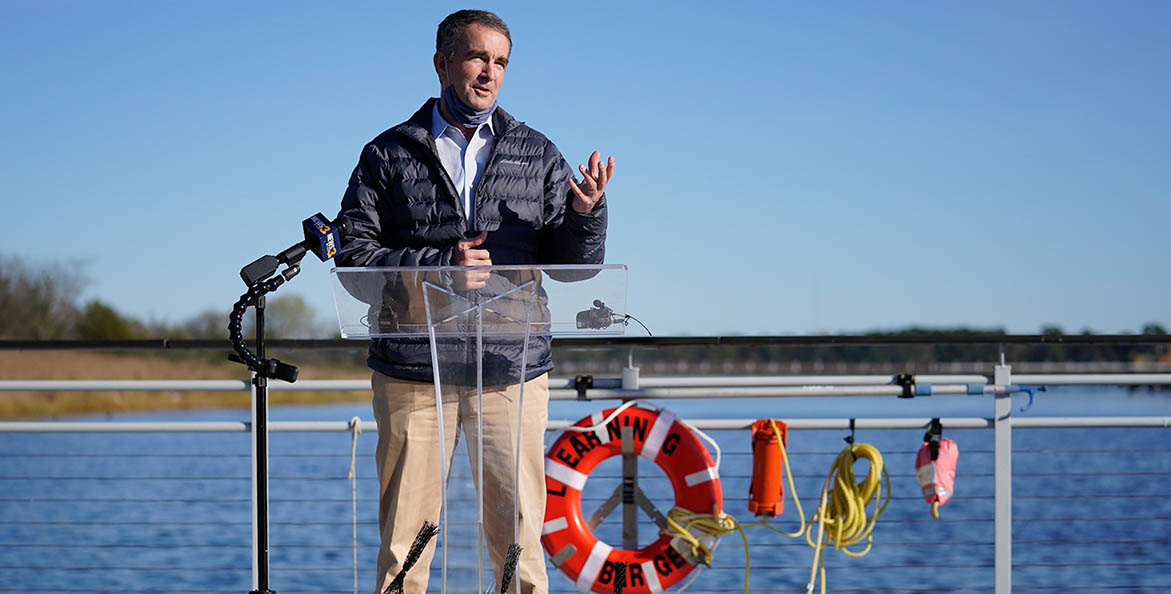 Virginia Governor Ralph Northam celebrates the restoration of the Eastern Branch of the Elizabeth River, the second tributary in Virginia to reach its oyster restoration milestones.

The Eastern Branch of the Elizabeth River, sometimes called the “lost branch,” is the second tributary in Virginia to reach its oyster restoration milestones

But that is starting to turn around thanks to a concerted effort in recent years by the community, local partners, and state and federal government support. In 2014, ERP developed the Eastern Branch Environmental Restoration Strategy with the help of many partners. CBF saw this planning process lay the groundwork for the river’s restoration.

The Eastern Branch reached its restoration goals last fall thanks to the Virginia Marine Resources Commission’s construction of 21 new acres of oyster habitat in the tributary in 2020. The effort was funded by a settlement with Atlantic Wood Industries to address the damage of its Superfund site along the river. Additionally, in recent years ERP has built several acres of new oyster reef on the Eastern Branch, and CBF seeded one of these new reefs with 1.3 million spat-on-shell oysters.

Far from being lost, the Eastern Branch is now a “bonus” tributary that will bring oyster restoration above and beyond previous goals. These efforts nicely complement work on the nearby Lafayette River, another arm of the Elizabeth that in 2018 became the first river in Virginia to meet restoration goals for oyster habitat.

This year, CBF is focusing on continuing oyster restoration in the Lynnhaven River in Virginia Beach, with plans to establish 27 acres of new oyster reef with partner Lynnhaven River NOW thanks to generous grants from the National Fish and Wildlife Foundation. This will be the first major project for CBF’s innovative new oyster restoration barge, currently anchored on the Lynnhaven at the Brock Environmental Center.