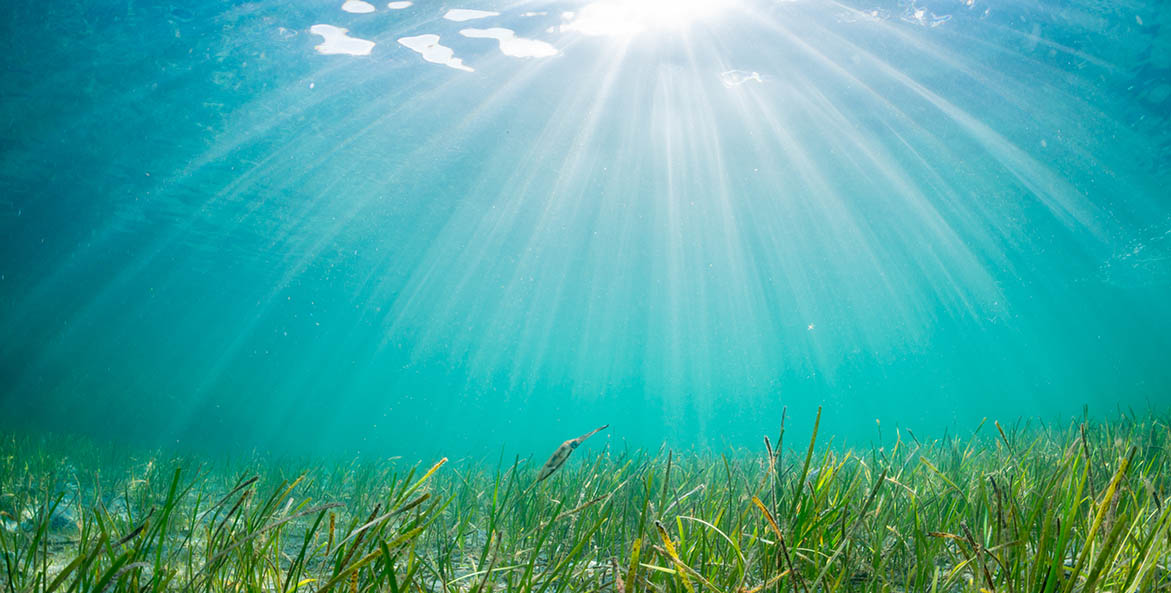 The world's oceans have absorbed more than 90 percent of the warming generated by climate change. The Bay and the species that call it home are feeling the heat.

The following first published in our spring 2020 special climate change edition of Save the Bay magazine.

When Charles Bangley and his colleagues started looking at gillnet survey results for Pamlico Sound, North Carolina, they didn't expect to see juvenile bull sharks. The sharks are a large coastal species capable of living in both salt and freshwater environments. But though the adults migrate up and down the East Coast—including into the Chesapeake Bay—their young are born and raised in warmer waters. These nursery habitats were originally confined to the Gulf Coast and Florida, but the Pamlico Sound data showed something strange. Between 2011 and 2016, researchers caught 64 young bull sharks—seven times the number earlier studies had documented over the preceding four and a half decades.

"Since 2012, there's been a real upsurge in juveniles, which previously were never in the area," said Bangley, a postdoctoral fellow who researches marine ecology and migrations at the Smithsonian Environmental Research Center (SERC) in Edgewater, Maryland. "Now there are little sharks, which are an indication that these bull sharks have stopped just occasionally entering Pamlico Sound and have started breeding there."

That hasn't happened in the Chesapeake Bay. Yet. But warming water temperatures in the Bay and the rivers and streams that feed it are already having profound effects on its fish, as well as the underwater grass beds that provide critical habitat and water-quality benefits.

Researchers at the University of Maryland have documented warming trends in 92 percent of the Bay's surface waters. River herring are migrating earlier into the Bay's streams to spawn. Cobia, a fish that traditionally spent more time off the Carolinas, is reliably caught in the Potomac River. Shrimp are now the focus of an experimental fishery in Virginia after commercial fishermen began seeing the southerly crustaceans turn up near the mouth of the Bay.

"You have these more traditional warm-water species showing up increasingly often in the Bay and points even further north," Bangley said. "At the same time, you have slower species—things like crabs and bottom-oriented fish, or oysters that don't move on their own once they're adults—that are not going to shift as fast."

For the fish, that could mean new interactions between different species, with uncertain outcomes. For anglers and commercial fishermen, it could mean potential mismatches between the species they're allowed to fish for and the species that actually exist in the area at a given time. It's a scenario already playing out for black seabass, which has been shifting north from the Mid-Atlantic to New England. The Atlantic States Marine Fisheries Commission, the interstate body that manages sea bass coastwide, is re-evaluating its commercial fishery allocations for each state, in part due to the bass's changing distribution.

"We may already be in a situation where we have to adapt certain fisheries," Bangley said. "Some of these species have already shifted their range or are in the process of shifting, but the more we can do to mitigate the effects of climate change, the more stable things are going to be for these coastal economies."

What happens to species that can't migrate?

Underwater grass beds form one of the most important habitats in the Chesapeake, providing refuge for juvenile fish and crabs and food for migrating waterfowl. And while they can mitigate climate change by storing carbon and protecting shorelines, they are also extremely vulnerable to its effects.

Eelgrass, one of only two species that dominate the Bay's lower reaches, is at particular risk.

"For eelgrass, climate change is going to be a big issue, to the point where we may not have the beds of eelgrass that even existed in the 1960s or 70s," said Robert Orth, Professor and Director of the Submerged Aquatic Vegetation Program at the Virginia Institute of Marine Science (VIMS).

Eelgrass in the Bay is already near the southern end of its range. It doesn't mind cold temperatures—and can even grow and survive under ice—but it has a hard time with heat, Orth said. Essentially, high temperatures knock its metabolism out of whack, causing it to lose tissue faster than it can gain.

Sediment pollution complicates the matter. Like other species of underwater grasses, eelgrass requires light. Sediment clouds the water, reducing the depth light can penetrate. As a result eelgrass can't grow in deep areas it once could, when the water was clearer.

"The plants are essentially dying in these deeper areas and moving toward shallower areas where it gets hotter," Orth said. "They're being squeezed between the shallow area, where it's hot and they don't do well, and the deeper area where it's turbid."

There are signs that improving water quality in the Bay is helping grass beds recover from historic declines suffered in the second half of the 20th century. In 2017, the extent of underwater grasses in the Bay exceeded 100,000 acres for the first time since monitoring began in the 1980s. But recent diebacks, most notably in 2005 and 2018, suggest that increasingly hot temperatures are putting that progress at risk. Of particular concern are back-to-back hot years that could wipe out eelgrass seedlings before they can reproduce, said Orth.

If climate change continues unabated, consecutive hot years are more likely to occur. The world's five warmest years have happened since 2015, and nine of the 10 warmest years on record happened since 2005 and 2018, according to the National Oceanic and Atmospheric Administration. The amount of heat stored in the ocean also reached a record high last year.

Reducing the emissions that drive climate change and warming temperatures is critical for saving species like eelgrass in the Bay, Orth said. But we can give it a fighting chance by improving water quality.

"The only way to offset the higher temperatures is to get the water clearer than what it is today," he said. And, of course, this is the focus of the Chesapeake Bay Program, to improve water quality and clarity in the Bay and its tributaries.