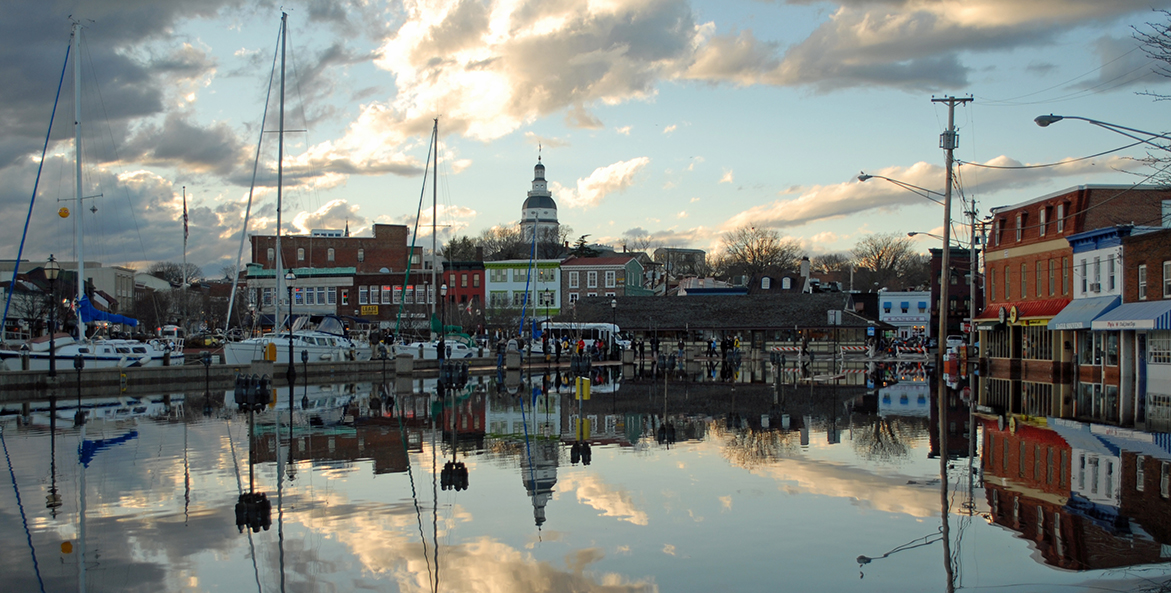 The following was first published in The Baltimore Sun.

An infusion of federal funds and a strong state budget have given Maryland Gov. Larry Hogan and state lawmakers a once-in-a-generation opportunity to provide long-lasting protection to the Chesapeake Bay and our state's landscape. But it will take hard work and strong leadership to make it happen with time running out to meet bay cleanup requirements.

We are four years from the 2025 deadline for bay watershed states to meet the pollution reductions the states agreed to under the Chesapeake Clean Water Blueprint. Chesapeake Bay Program data show that pollution from stormwater runoff generated in our cities and towns is increasing. The state is also behind pace on reducing pollution from agricultural operations.

Meanwhile, large polluters are not being held accountable. One only has to look at operational failures at wastewater facilities across the state and the lack of state enforcement of environmental regulations to see the damage that inadequate inspection and enforcement can do to bay restoration efforts.

At the Chesapeake Bay Foundation, we are asking lawmakers and the governor to right the state's ship. They'll have the resources to do it. Federal stimulus and infrastructure funding paired with a strong state economy has created a historic $4 billion-plus budget surplus.

This year, CBF is urging legislators to use targeted funding to add long-lasting and cost-effective natural filtering practices to slow and treat stormwater. We're also calling on the administration to increase efforts to inspect and enforce existing environmental regulations to prevent pollution from wastewater permit holders. And we'll be advocating for major legislation to fight climate change.

These actions will insulate the state against the flooding, sea level rise and increasing stormwater runoff harming the state's landscape and waterways.

Bay program data indicate Maryland's nitrogen pollution loads from stormwater have been increasing since 2009, despite a decade of statewide efforts to reduce stormwater. Nitrogen and other pollutants cause harmful algal blooms that create oxygen-depleted dead zones in the water, which are inhospitable to marine life.

There are two primary reasons for the increase: Forested land is being cut down for new development faster than our efforts to prevent and filter stormwater runoff. And stronger storms caused by climate change are bringing more overall precipitation and extremely heavy spells of rain that overwhelm local infrastructure.

We must also address the causes of climate change. We're urging lawmakers to pass legislation to reduce carbon emissions in the transportation, utility and building sectors. Energy use in these sectors accounts for about 88% of Maryland greenhouse gas emissions. This legislation should electrify transportation methods, increase renewable energy sources, require utilities to save more energy and strengthen energy standards for buildings.

Reducing wastewater pollution has been a success in Maryland, but we're concerned the major investments made by the state are at risk due to troubling trends. Maryland inspectors found flagrant wastewater pollution violations at Baltimore's wastewater plants and the Valley Proteins rendering plant on the Eastern Shore, but only after being notified by nonprofit environmental groups. In these two cases, the polluted wastewater was fouling Baltimore Harbor and the Transquaking River.

The Chesapeake Accountability Project estimates there are nearly 300 facilities that are either out of compliance or operating under outdated pollution permits. Increased inspection and enforcement will ensure that the pollution reductions we've estimated on paper can be appreciated by all that depend on clean water.

Lastly, we'll continue our push to restore Maryland's decimated oyster population. This year, we're asking for investments to accelerate oyster restoration. With major restoration work scheduled to take place in the Manokin River and 46 other sanctuaries in need of oyster restoration, additional hatchery capacity, expanded use of non-shell substrates and efficient use of existing shell resources will be needed.

Leaders have an unprecedented opportunity to protect Maryland's future generations from a changing climate and ensure we meet the Chesapeake Bay Clean Water Blueprint goals. The work is already underway; greater state support will ensure it's a success.