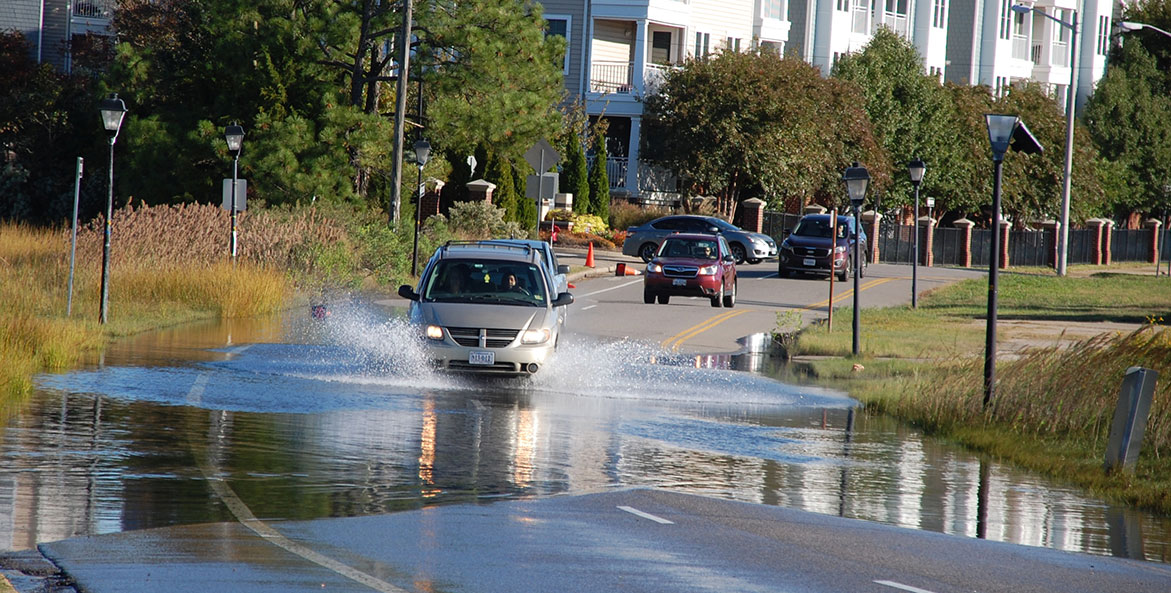 A critical legislation is currently under threat in the General Assembly.

Flooding is the most common and costly natural disaster, yet many localities across Virginia are not prepared to handle these increasingly frequent occurrences. That’s why we applauded the General Assembly for passing the Clean Energy and Community Flood Preparedness Act in 2020, which allowed Virginia to join the Regional Greenhouse Gas Initiative (RGGI) and created the Virginia Community Flood Preparedness Fund (CFPF).

The fund was established to support localities’ efforts to reduce the impacts of flooding and prioritizes projects that meet floodplain management standards, benefit the community as a whole, and use nature-based solutions to reduce flood risk (such as planting trees along waterways and building oyster reefs). The Department of Conservation and Recreation administers the fund and ensures that a minimum of 25 percent of funding is allocated to projects in low-income communities.

Unfortunately, this critical source of funding is currently threatened as newly proposed legislation would repeal the Clean Energy and Community Flood Preparedness Act. Currently, the sole source of funding for the CFPF comes from 45 percent of the revenue generated by participation in RGGI. Without this money, Virginians would be left with no alternative source of funding to address recurrent flooding despite 84 percent of voters supporting a state-run fund to reduce flood risks.

Updated rainfall intensity-duration-frequency models project the mid-Atlantic region will experience heavier downfalls in a shorter timespan than the land can absorb. Virginia Institute of Marine Sciences (VIMS) research projects sea levels at Sewell’s Point will rise between 1’ and 2.2’ by 2050. Already in the coastal areas of Virginia, access to hospitals, fire stations, and military bases are compromised due to rising seas. And a new study found that 16,000 more miles of roads are at risk of flooding due to climate change, taking into account both coastal and riverine flooding. Most of these roads are in Hampton Roads, but Northern Virginia has 400 miles at risk of flooding.

Dozens of localities across the state (see the map below) received more than $33 million in funding in 2021 for projects, studies, capacity building, and planning to mitigate flood risks. While flooding clearly impacts our coastal region (where annual damages are expected to increase from $400 million to $5.1 billion over the next 60 years), inland communities are equally vulnerable to the impacts of more frequent and intense storms. In Buchanan County in far western Virginia, for example, devastating flooding and mudslides during the summer of 2021 destroyed 20 homes and tragically took a life. Buchanan received funds from the CFPF to develop a resilience plan that will identify specific projects to alleviate future damage from flooding.

We need to continue to plan for, mitigate, and build resilience to the climate change impacts being felt today. Virginia needs a dedicated source of consistent funding to continue these efforts. We call on all legislators to keep Virginia in the Regional Greenhouse Gas Initiative, to keep the Community Flood Preparedness Fund statewide, and to keep authority for the CFPF in the Natural Resources Secretariat, which has the most experience planning for and mitigating flooding.