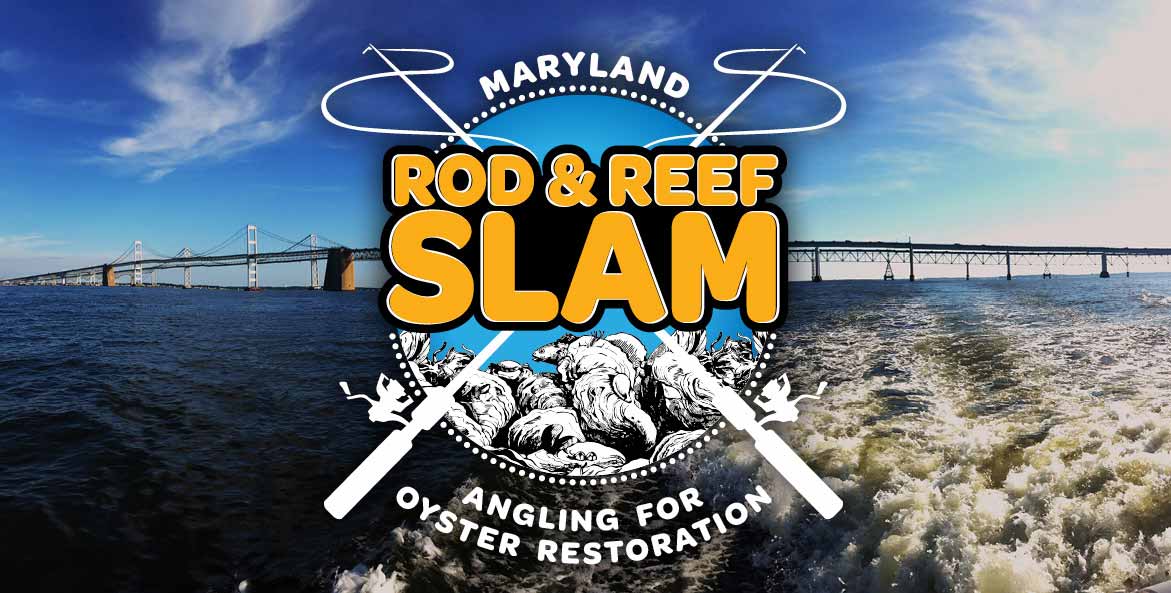 Join us for a unique fishing tournament that celebrates the difference restored oyster reefs are making in the return of healthy, diverse populations of Chesapeake Bay reef fish.

When an estuary loses almost all its keystone oyster reefs like the Chesapeake Bay has, the change causes fundamental damage to water quality and habitat for fish, crabs, and other creatures.

In recent years, many partners have worked together to build these reefs, including the Chesapeake Bay Foundation, NOAA Chesapeake Bay Office, the Army Corps of Engineers, Coastal Conservation Association Maryland, Oyster Recovery Partnership, and Maryland Department of Natural Resources. The return of these habitats means a return of healthy populations of popular reef fish.

Unlike traditional fishing tournaments, in the Rod and Reef Slam anglers try to catch the most different species over oyster reefs to showcase the diversity of species that use oyster reefs for habitat.

The 2022 tournament wrapped up on October 16, 2022, with 35 participating anglers catching more than 130 fish, including 19 different species, over restored oyster reefs.

The winning anglers as well as second and third place in each division received prizes such as All Tackle gift certificates, Under Armour apparel, Engel coolers, fishing rods and reels, Costa sunglasses, Ike Jime tools, and other items.