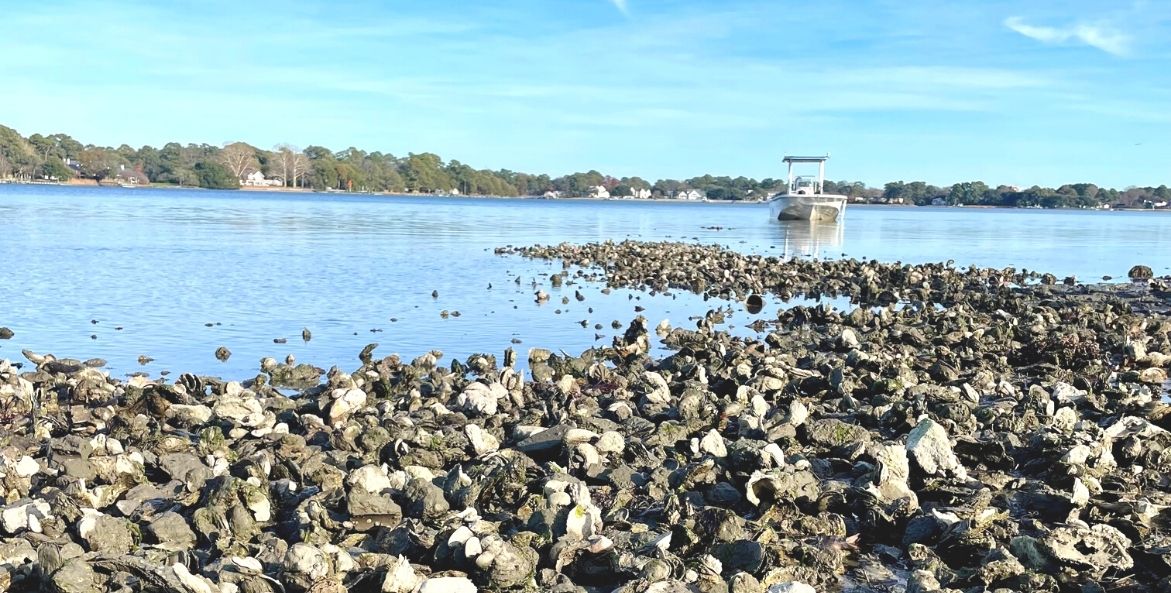 From the Desk of Peggy Sanner

Branch's Baptist Church in Richmond had more parking lots than they needed. During rainstorms, the lots created polluted runoff, while on summer days they absorbed and radiated heat. Research shows that paved-over, treeless stretches of Richmond can be up to 16 degrees hotter than leafier parts of the city.

Working with CBF, church members recently removed nearly 23,000-square feet of asphalt and concrete and are planting the once-paved areas with trees. The church grounds are now greener and more beautiful, while plenty of parking spaces remain. Because the project prevents polluted runoff, the church is saving thousands of dollars yearly in stormwater fees.

The work was supported by a National Fish and Wildlife Foundation Small Watershed Grant to CBF for the Greening Southside Richmond Project.

Farmers to the Bay

What happens when a group of farmers from far upstream spend time on the Chesapeake Bay? They return home praising the farm conservation practices needed to restore waterways.

CBF has been leading Farmers to the Bay trips for more than a decade, building bridges between the region's farmers and watermen. Last spring welcomed the first such trip after a long pause due to the pandemic. Another trip is scheduled this fall.

On last April's trip, farmers from Virginia, Maryland, and Pennsylvania spent a weekend on CBF's Port Isobel Island Environmental Education Center. They explored nearby Tangier Island; canoes through the marshes; and caught fish, crabs, and oysters. The participants also discussed the many ways good farm practices benefit the health of waterways downstream.

Buffers are for the Birds

This summer, more than 40 people joined CBF in the mountains of Highland County, Virginia—the birthplace of the James River.

First, the participants learned about the threatened golden-winged warbler. These migratory songbirds spend the winter months in South America, but breed in the summer in Virginia's mountains. They need a mixture of trees, shrubs, and grasses at high elevations to thrive.

They then discussed how planting buffers of trees along streams leads to both cleaner water and better habitat for threatened species. Along the mountains and valleys of the Upper James River watershed, a new program by CBF and our partners pays landowners the full cost of installing streamside buffers. In addition to water-quality benefits, these forested buffers also create important habitat for wildlife such as the golden-winged warbler.

After the program, attendees went out to a nearby farm where the threatened warblers have been seen. The landowner has worked with CBF to install more than 20 acres of buffers. The Buffers for Birders program and the James River Buffer Program are funded by a Virginia Environmental Endowment grant.