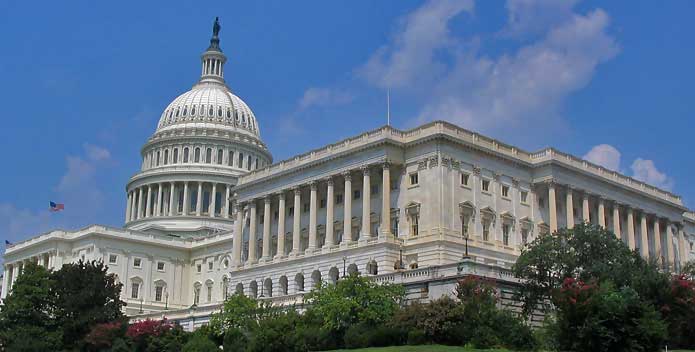 From the Desk of Keisha Sedlacek

The climate and clean energy legislation enacted in August includes more than $20 billion for farm conservation practices that improve water quality and soil health, sequester carbon, and reduce greenhouse gases. The increase represents the largest federal investment in agriculture conservation in a generation.

While the extra money will boost conservation programs open to farmers nationwide, it represents an excellent opportunity for the U.S. Department of Agriculture to ramp up the financial and technical support it provides to farmers in the Bay's six-state watershed.

Farmers across the Chesapeake region must come up with roughly 90 percent of the remaining pollution cuts needed to restore the health of the Bay and its tributaries. Adopting practices such as planting forested buffers and cover crops also will enable farmers to help fight climate change and mitigate its effects on their farms and throughout the Bay area.

The court ruled in West Virginia v. EPA that EPA lacked the authority to require fossil fuel-fired power plants to switch to clean energy sources to meet new GHG emissions limits. But the decision still leaves room for EPA to act on its duty to tackle carbon emissions from power plants. Because one-third of nitrogen pollution in the Bay and its tributaries comes from the air, reducing these emissions is essential to saving this national treature.

Curbing GHG emissions is also vital to combating the effects of climate change already wreaking havoc in the region, like rising seas and more frequent, intense flooding. The Federal Office is urging EPA to issue a new rule to cut power plant carbon emissions as soon as possible.

The House of Representatives recently approved increased investments for critical clean water programs as part of the fiscal year 2023 appropriations process. These programs will bring us closer to reaching the pollution reductions outlined in the Chesapeake Clean Water Blueprint and increased funding is critical.

The House approved budget includes a $4 million increase to the EPA Chesapeake Bay Program, the federal-state-local partnership dedicated to restoring the Bay and its tributaries. This would boost the Bay Program’s budget to $92 million, an increase over the current spending level of $88 million. This is supplemented by the additional $47.6 million annually, provided by the Infrastructure Investment and Jobs Act.

The House also approved a $1.02 billion for the U.S. Department of Agriculture Conservation Programs, a welcome increase from the $760 million allocated in the FY22 budget. This funding supports the agricultural community in implementing conservation practices that improve water quality, reduce greenhouse gas emissions, and build climate resilience. CBF has also encouraged that additional conservation assistance funding be directed to Pennsylvania to address critical conservation needs and backlogs.

In another win, the bill appropriated $15 million for the Chesapeake Watershed Investments for Landscape Defense (WILD) program. The competitive grant program was created in October 2020 to support local efforts to conserve wetlands, reduce water pollution, and restore fish and wildlife habitat, but it was only funded at $4 million in FY22. With a boost to $15 million, this program will allow local partners increase their on-the-ground work in restoring habitats and more!

Finally, $3.5 million for the Army Corps of engineers to carry out large-scale oyster restoration projects across the watershed was included in the House bill. This is critical in order to meet the Bay Agreement's goal of restoring native oyster populations in the 11 Bay tributaries by 2025. Oysters filter algae, sediment, and other pollutants from our waters, while also providing habitat for fish, crabs, and other Bay species. CBF and partners across the watershed have made significant progress in restoring the once booming oyster populations to tributaries around the watershed, and this funding is essential to continuing the efforts to restore this iconic species to our waters.

Over the next couple of months, the Senate will prepare its version of the appropriations bill. This must be completed by September 30 in order to pass final FY23 funding package for these key programs.