Why Cut a $73 Million Program That Provides Billions in Benefits? 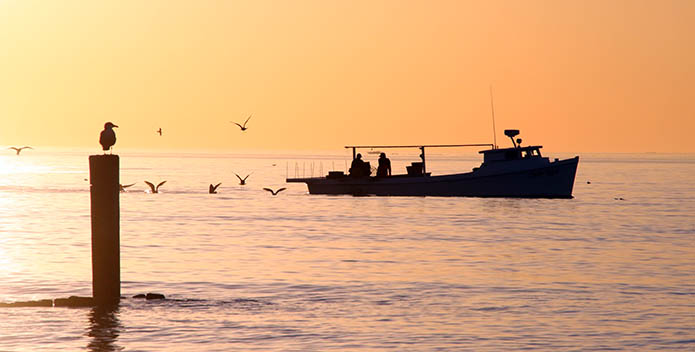 The following first appeared in the Bay Journal.

There is more good news for the Bay this spring. There is clear consensus in the scientific community that the health of the Bay is improving. In the last five months, the Chesapeake Bay Foundation's State of the Bay report, the Chesapeake Bay Program's Bay Barometer, and the University of Maryland's Center for Environmental Science's Bay Report Card all show progress.

Female crab numbers are up, oysters are rebounding, and underwater grass beds have hit new records in each of the last four years. Pollution is down, the Bay's dead zone is getting smaller, and at times, the water has been clearer than many can remember.

All three reports, though, show that much more needs to be done. The recovery is fragile.

Currently funded at $73 million annually, the federal Bay Program is the glue that holds the multistate restoration effort together. It coordinates Bay restoration science, modeling, and monitoring. All are essential for measuring progress and guiding restoration activities forward.

The Bay Program also provides funding to state and local governments to help reduce pollution, as well as grants to universities and nonprofits to put practices on the ground to improve water quality.

In February, a bipartisan group of 17 Congressional representatives from Maryland and Virginia wrote to President Trump asking that he fully fund the Bay Program in his upcoming budget. They noted, "that significant progress has been made, with six states and the District of Columbia, the 19 federal agencies, nearly 1,800 local governments, and more than 60 nongovernmental organizations working together to implement state-developed plans to protect and restore the Chesapeake Bay."

When the Trump administration released the highlights of its proposed budget in March, it requested that Bay Program funding be zeroed out.

When Congress voted on funding for the rest of this fiscal year, it provided $3 million more funding than requested by President Obama for this fiscal year. In the next few months, Congress will be considering the fiscal year 2018 budget. With a formal request from this administration to eliminate the Bay Program, bipartisan support will be critical to save it.

Without that investment, there is the very real chance that the Bay will revert to a national disgrace with deteriorating water quality, unhealthy fish and shellfish, and water-borne diseases that pose a real threat to human health.

One of the reasons for the bipartisan support is that not only are those investments improving water quality; they are improving local economies as well.

Many businesses depend on clean local waters and a healthy Chesapeake. The Bay is one of the foremost economic engines of the region, providing billions in annual economic activity in the travel and tourism, recreational, and seafood industries.

The Bay and its rivers and streams support hundreds of thousands of jobs and are critical to our quality of life, our property values and the safe, drinkable water we need.

The value of clean water to our economies has been validated repeatedly. A report from the National Oceanic and Atmospheric Administration showed that the commercial seafood industry in Maryland and Virginia contributed nearly $3 billion and more than 31,000 jobs to the region's economy. An EPA study found that for every $1 spent on source-water protection, $27 were saved in water treatment costs.

There are other benefits to restoring local rivers and streams. Every time a farmer fences cattle out of a stream, the fence posts, trees, and shrubs are bought from local businesses. Every time a sewage treatment plant is upgraded, engineers and construction workers are employed. And then there are the less-visible benefits.

Nature provides many benefits to the region: cleaner water, cleaner air, hurricane and flood protection, recreation, and fresh, healthy food and seafood. These benefits extend to everyone in the Bay's 64,000-square-mile drainage basin, from headwater streams to the Atlantic Ocean.

A peer-reviewed report commissioned by the Chesapeake Bay Foundation found that the economic benefits provided by nature in the Chesapeake Bay watershed will increase by $22 billion annually if the Blueprint is fully implemented. If the region relaxes efforts and does little more to clean up the Bay than what has been done to date, pollution will worsen, and the value of Bay benefits will decline by almost $6 billion annually.

To ensure continued bipartisan support for the Blueprint, the CBF urges the citizens of the region to let their local, state, and federal elected officials know that clean water is important. Along with the benefits to our quality of life, our health, and our economy, it is the legacy we can leave to our children and future generations.