Slowing the Flow: A Revitalized Creek Leads to a Cleaner Lynnhaven River 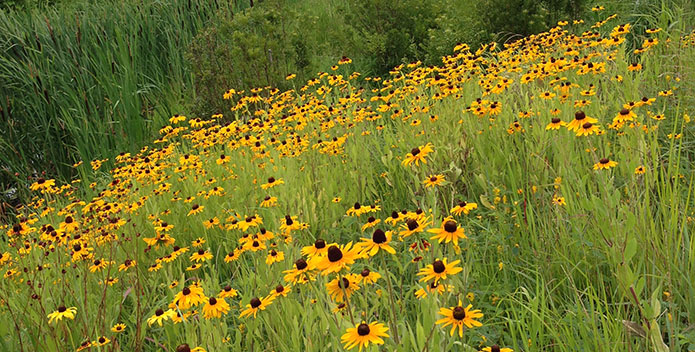 The City of Virginia Beach

Mill Dam Creek in suburban Virginia Beach is being revitalized, which will result in a healthier Lynnhaven River. Years of runoff from heavy rains washing off roads and parking lots into the creek scoured a channel that funneled polluted water into the Lynnhaven. But that has improved noticeably since the City of Virginia Beach restored more than 1,000 feet of the stream with the support of the Stormwater Local Assistance Fund. 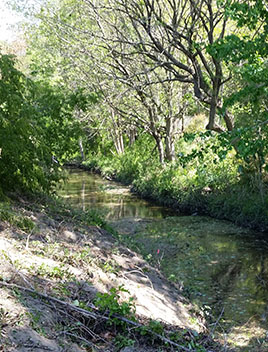 Mill Dam Creek prior to a revitalization project that restored more than 1,000 feet of the stream.

The City of Virginia Beach

The project widened the creek’s channel in places and planted the area with native trees and wildflowers, providing wildlife habitat and beautifying the edge of Lynnhaven Park near basketball courts and baseball diamonds. The plants and several other features slow down, filter, and absorb polluted runoff before it reaches the river. The city also installed a device that captures runoff from a nearby parking lot and removes pollution before it drains into the creek.

Check out an aerial video of the completed project.

Just a mile downstream the small creek widens and becomes tidal as it flows into the Lynnhaven River, where oysters are harvested. To track the safety of eating those shellfish, the Virginia Department of Health monitors bacteria levels there. It found a drop in bacteria levels in that stretch of the creek after the stream restoration.

“Historically, that particular tributary has had some really high bacteria numbers, but there has been a noticeable change after the project was completed,” said Keith Skiles, Director of the Department’s Division of Shellfish Sanitation. Bacteria levels do still fluctuate, and the monitoring was unrelated to the project, so it isn’t clear exactly what caused the drop bacteria to occur. But stormwater management practices such as this project slow down water and increase filtration, resulting in the natural attenuation and removal of bacteria, nutrients, and sediment.