This Month on the Bay: Watching Northern Water Snakes in March 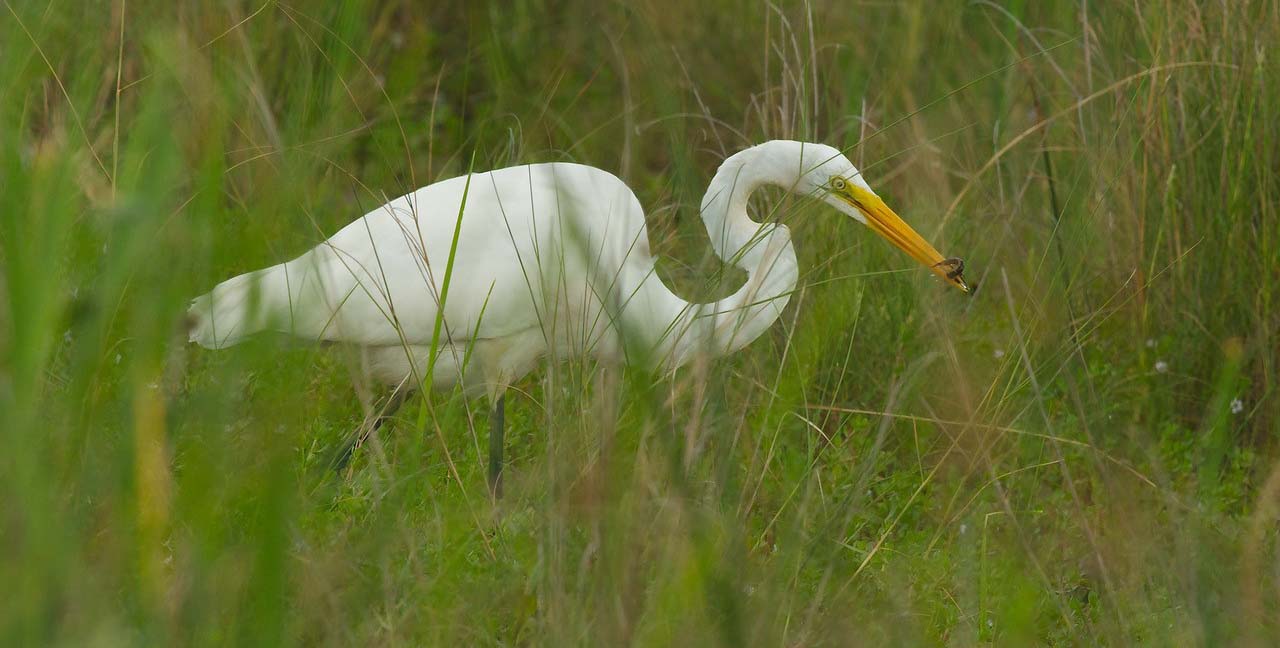 "Wow!  Did you see that? A cottonmouth moccasin chased me on my water skis. Good thing I didn't fall."

Way back in the 1960s, I spent several summers working at a summer camp for boys on the Mattaponi River just above Walkerton, Virginia. That story got told every other day at the dinner table. Were we really foolish enough to expose fifth-graders to that kind of danger?

No indeed, but those brief encounters made great camp legends. Moving about 20 mph, the boys on skis got only quick looks at the snakes swimming across the river, and the critters' open mouths looked cottonmouth white, but they were actually light pink. There are no cottonmouths north of the Great Dismal Swamp. These were northern water snakes, Nerodia sipedon sipedon. Though their coloration can vary widely from river to river, most have dark bands that alternate with tan or gray, edged with black, red, or yellow. Their heads are only slightly wider than their bodies, without the broad wedge shape and side venom pouches of copperheads and cottonmouths. The Virginia Herpetological Society characterizes them as harmless. 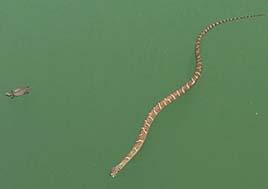 Northern water snakes are classified as harmless by the Virginia Herpetological Society.

Maybe so, but we counselors were smart enough to know that while this very common snake tends to avoid contact with humans, when surprised, cornered, or approached aggressively (a moving outboard skiff and boys on skis behind would qualify), it will threaten (the open mouth) and if handled, bite repeatedly while excreting a foul-smelling musk. When the boys and we encountered water snakes in slower-moving canoes, we made sure to respect their territory and allow them to go their own way. The snakes always responded in kind.

At this time of year, northern water snakes are just waking up from their winter sleep, and we do well to follow the same rule, whether walking creek banks, paddling, or exploring by skiff. But that doesn't mean we can't appreciate them. Northern water snakes are interesting citizens of our fresh and brackish waterways, widely distributed up and down the Chesapeake. They are powerful swimmers that can chase down and catch both small fish and amphibians such as frogs and salamanders. Mature water snakes, especially those over two feet long, don't have many predators, but juveniles of 4-10" are fair game for wading birds like great blue herons and great egrets, predator fish like largemouth bass, and riverbank mammals like raccoons. I've even seen a large Irish setter grab one out of curiosity and swallow it headfirst like a strand of spaghetti (he had a cast-iron stomach).

Ever since Adam and Eve, we humans have regarded snakes as aggressive enemies, but that's a bad rap for this one. Water snakes get along just fine without us, and they have no quarrel with us unless we threaten them. This spring, watch them respectfully as they go about their business and appreciate them as skillful denizens of our Chesapeake waterways.