A Breakthrough on Coal Ash Cleanup 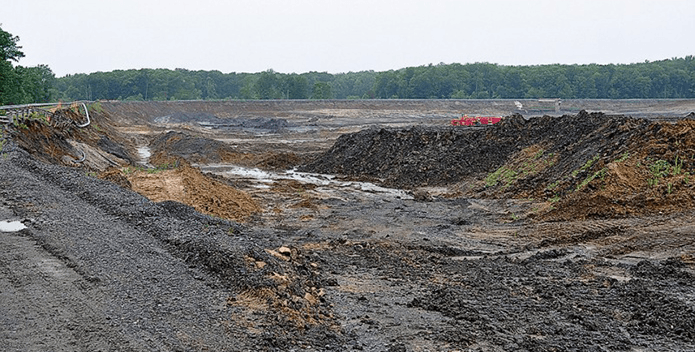 Dominion drained the water from this coal ash storage lagoon at its Possum Point Power Station near Quantico, VA.

For decades, the hazardous ash left over from burning coal at power plants has been precariously stored in unlined ponds at four sites along the James, Potomac, and Elizabeth rivers. This toxic waste has been shown to enter groundwater, threatening to pollute Virginia's major rivers with arsenic, lead, mercury, and a range of other contaminants.

Fortunately, elected leaders in Virginia recently announced a breakthrough bipartisan agreement that would require excavating coal ash from these unlined ponds. Under the proposal, the waste would be either safely recycled or relocated to modern lined landfills designed for hazardous waste. To make this a reality, Virginia's legislators must pass, and the Governor must sign, the compromise legislation before Virginia's legislative session comes to a close.

We hope that this General Assembly session, our elected leaders will make the important decisions necessary to protect our waterways from coal ash contamination.