CSAs for the Bay 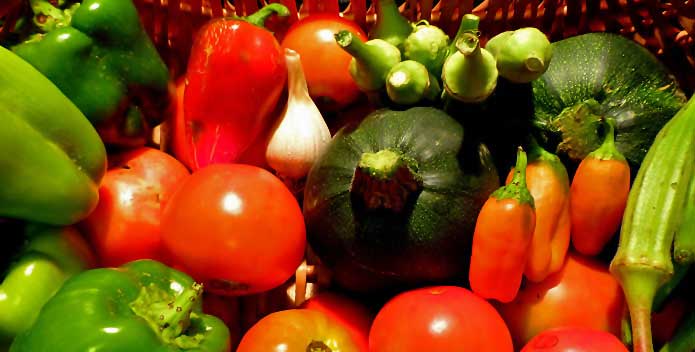 Think about the food you buy every day from the grocery store. Where does it come from? What happens between harvesting it from the soil and stocking the perfectly lined shelves? Chances are, the produce you see at the grocery store is grown thousands of miles away by someone you have never met. Without any true connection from farm to table, consumers are separated from the practices of growing the food they eat each day.

Community supported agriculture, or CSAs, stand in contrast to the now commonplace disconnect between producers and consumers. In simplest terms, community supported agriculture is members of the community buying shares of a farm's harvest ahead of the growing season. These shareholders invest in production, not product, claiming fiscal responsibility for both the risks—which include bad crop seasons, unfavorable weather, and pest infestation—as well as the reward: the harvest. The advanced share payment system of CSA programs gives farmers the means to cover these expenses without draining personal savings accounts, as well as plant crops according to the projected market, minimizing additional costs due excess production.

CSAs enable a growing number of American city-dwellers to conveniently purchase sustainably grown produce at an affordable cost, simultaneously supporting financial security for farmers, helping the planet, and fostering greater consciousness of the environment among consumers. In the Chesapeake region, small scale farming that emphasizes best management practices is vital in supporting the health of the Bay and its waterways. CSAs, like that at the Chesapeake Bay Foundation's Clagett Farm, allow customers to eat local and 'Save the Bay'.

In community supported agriculture, farmers devote themselves to be stewards of their land and reduce need for the "three Ps" – packaging, processing, and petroleum. With fewer miles from the field to consumers' plates, need for extensive plastic packaging and transportation emissions are cut immensely. According to the Washington Post, 90% of American lettuce is grown in 3 counties in California. That lettuce travels around 2,700 miles to reach supermarkets in Maryland. Additionally, without the burden of mass marketing, making sales, or maintaining large-scale industrial practices, farms place greater emphasis on soil health and maintaining land fertility. One step many farmers take is to grow crops with varying root types in a field each season. This encourages beneficial microorganism growth, disturbs reproductive cycles of weed and insect populations, and reduces reliance on fertilizers and pesticides, both of which pose serious threats to the health of the Bay and its inhabitants. Fertilizers wash from the field into waterways, feeding the growth of algae. Large volumes of these algae and other aquatic life die and decompose on the water bottom, a process which uses immense volumes of dissolved oxygen. As fertilizer continues to wash into the water, algae blooms blanket the surface and block sunlight from reaching bottom layers. Without sunlight to drive photosynthesis, which contributes dissolved oxygen to the system, decomposers use much of the available oxygen in the waters. This leads to a condition known as hypoxia, when oxygen levels dip below the level necessary to support life. Fisheries suffer, wildlife migrates elsewhere, and the area becomes known as a "dead zone." Pesticides have a similarly impactful effect. With pesticides, the concern lies with biomagnification, where the levels of toxins in the ecosystem increase exponentially up the food chain as predators eat toxin-containing individuals at lower levels. Biomagnification of pesticides is linked to observed thinning of seabird eggshells and interference with vital organ function in Bay wildlife. By emphasizing sustainable practices that minimize or avoid usage of these harmful substances, CSA farmers aid in the protection of the Bay, its health, and the life it supports.

While CSAs support many environmental goals, they also serve the community. Every dollar spent on locally grown produce multiples 2 to 3 times within the local economy, compared a mere 30 cents on the dollar that stays in the local economy from grocery store produce. In addition to supporting local economic growth, by buying local, CSA subscribers develop personal relationships with the farmers harvesting their meals, fostering stronger bonds across our food system. In 1965 in Japan, farmers and consumers with these beliefs developed the first CSA model, called "teikei" which loosely translates to "food with the farmer's face on it." For many CSA subscribers, growing and cultivating crops holds cultural significance and is a social process, where food only takes on a commodity character as a part of the economy once harvested. CSA farms offer "You Pick" events and farm volunteering opportunities to subscribers interested in more involvement in the cultivation process.

Lastly, CSAs have radiating positive effect on human health. With an abundance of seasonal produce available to them each week, subscribers find themselves consuming more healthy fresh fruits and vegetables. This significantly lessens the ecological footprint of their diet, as a greater portion of the food they eat comes from sustainable, environmentally conscious sources and requires fewer emissions to reach their table. CSA programs also tend to have spin-off effects, including community supported composting efforts and community gardening movements.

By subscribing to a CSA, you invest in the local economy, your health, practices that support the health of the planet and, in our region, the Chesapeake Bay. Community supported agriculture creates a space of producer-consumer interaction and cooperation to implement change in the modern industrial food system. Rather than relying heavily on mass-scale farm operations thousands of miles away, CSAs bring communities to rally in support of sustainable practices, fair wages, and economic growth. Subscribe to CBF's own Clagett Farm CSA or find a CSA near you in the Buy Fresh Buy Local Chesapeake Food Guide.