Bringing the Farm to Life 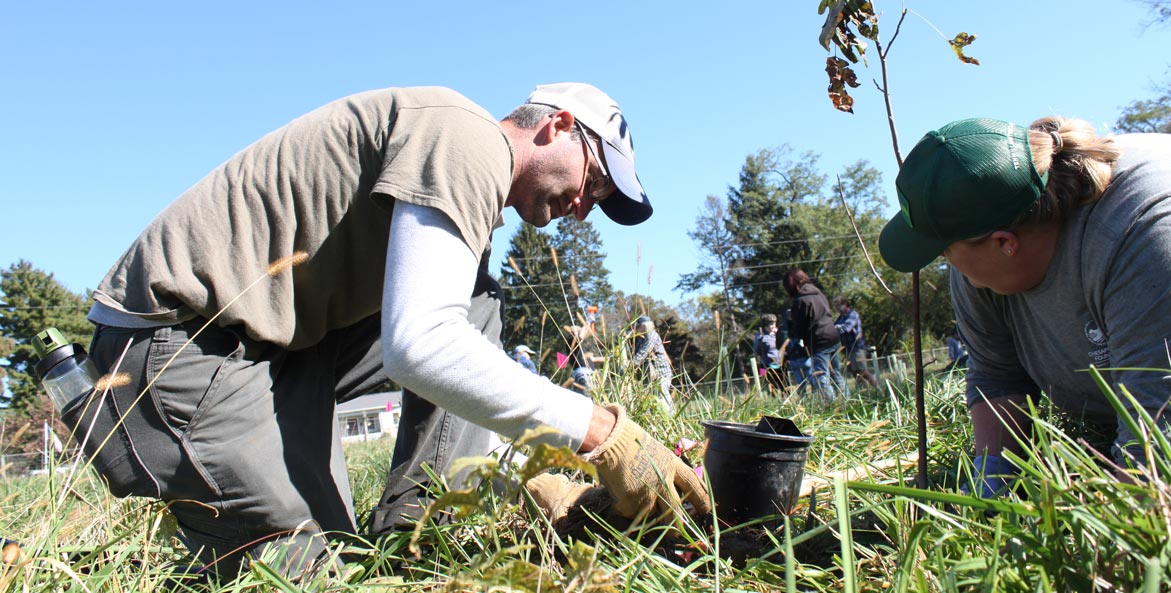 Nathan Drager works with CBF Keystone 10 Million Trees Partnership Manager Brenda Sieglitz to plant a tree on his farm in Marietta, Pennsylvania. The tree is one of 200 the partnership helped Drager plant Oct. 19, 2019 to protect a stream that runs into the Susquehanna River.

Planting trees is part of treating the land—and cattle—right at Drager Farms in Lancaster County.

Nathan Drager talks about farming the way most people talk about religion, with a mix of passion and reverence. Standing in a pasture aglow with late October sun, he describes the interaction between the land and his herd of certified grass-fed beef cattle as a flow of energy. 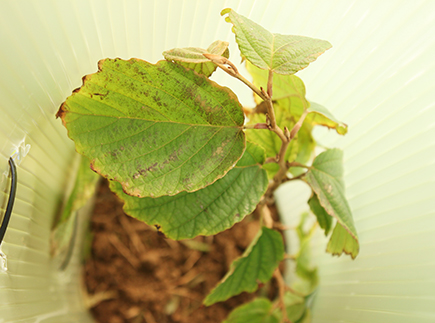 "It's this whole relationship," he says. "It's almost like the land knows when the cows are on it, and the earth wants what the cows do. It's just amazing, if you manage it correctly, how well everything responds."

On his 50-acre farm, he moves his cattle between pastures every day, a practice known as rotational grazing. The grass is thick and knee-high and hums with life. Instead of using chemicals and fertilizers, the cattle do the work for him—finding their own forage, spreading their own manure, even trampling in the hay he lays down in winter to add organic matter and seeds to the soil.

It's a complete 180 from the conventional dairy farm where he grew up, just minutes down the road outside of Marietta, Pennsylvania.

"Back when we were a conventional dairy, I was all about corn and cutting trees down, doing everything mechanical, buying these big tractors or leasing them," he says.

His brother first suggested grazing when Drager started a small beef herd, a year after selling the dairy cows. But his mindset didn't fully change until he began searching for ways to eliminate the chemical sprays that bothered his fiancé, Crystal.

"I said, well I'll just graze it, try to make a healthy environment around us, because she's very sensitive to a lot of that stuff. And I love my girl," he says. "It's almost like I was walking one way and turned around and started walking the exact opposite way." 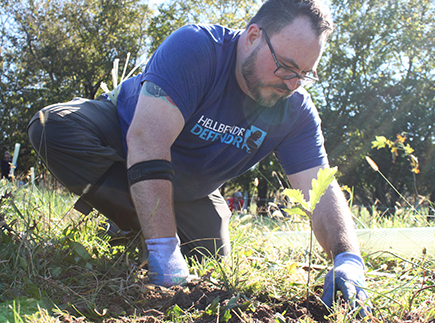 He listened to podcasts and attended farm workshops about regenerative agriculture. The term is used broadly in reference to agricultural practices that treat the farm as an entire ecosystem—from building healthy soils to managing insect pests by providing habitat for natural predators like birds.

"It's all about bringing the soil life back, trying to establish healthy soils with little microbes and earthworms, everything working together," says Drager. "A field of corn, after they harvest it, it's almost like a field of death—there's nothing alive out there. Here, I'm trying to bring in as many lifeforms as possible."

Rotationally grazing livestock is one regenerative practice; incorporating trees into the farm is another. Over the past year, CBF's Keystone 10 Million Trees Partnership worked with Drager to plant hundreds of trees on his farm—the latest planting, in October, added 200 native trees and shrubs along a small stream that runs through several pastures.

The buffer will help trap any nutrients and sediment that might otherwise flow downstream to the Susquehanna River, which lies just beyond sight to the farm's south, as well as provide habitat for birds and insects. Earlier this year, the partnership also planted trees in Drager's pastures that will provide shade for his cattle and fruits and nuts for forage.

Farmers like Drager are a critical part of reaching the partnership's goal to plant 10 million trees in Pennsylvania's portion of the Bay watershed by the end of 2025. Whether they already use best practices—like rotational grazing—to reduce polluted runoff or not, the partnership works with farmers where they're at, says Partnership Manager Brenda Sieglitz.

"We're really trying to just get farmers to think about making that first step," she says. "We'll provide free trees and supplies to them, help them recruit volunteers, bring out the tools, just to get them to look at the idea of planting trees along streams instead of crops the whole way up to the stream banks." 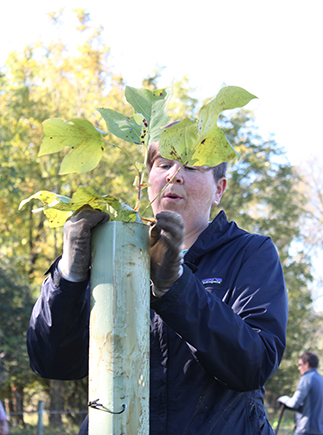 CBF Field Restoration Specialist Ashley Spotts worked with Nathan Drager to create a plan for planting 200 native trees and shrubs along the stream that runs through his farm near Marietta, Pennsylvania.

Drager hopes the trees will help his cattle, as well as the farm ecosystem as a whole. His transition to rotational grazing has already paid off for water quality by keeping the rain from hitting bare soil. The continuous grass cover instead slows down the water and filters it into the soil, which has more organic matter to hold it in place.

"When we were row cropping, even no-till row cropping, the water that lays in my driveway after a big rain was always brown and dirty," he says. "Now, when a big heavy rain comes, now that everything is growing and everything is in a full pasture state, the water that comes and lays in my driveway is almost clean. I would almost drink that water."

Find out more about the Keystone 10 Million Trees Partnership and how you can help farmers plant more trees along Pennsylvania's streams!