My Generation's Fear—and Hope—for the Future 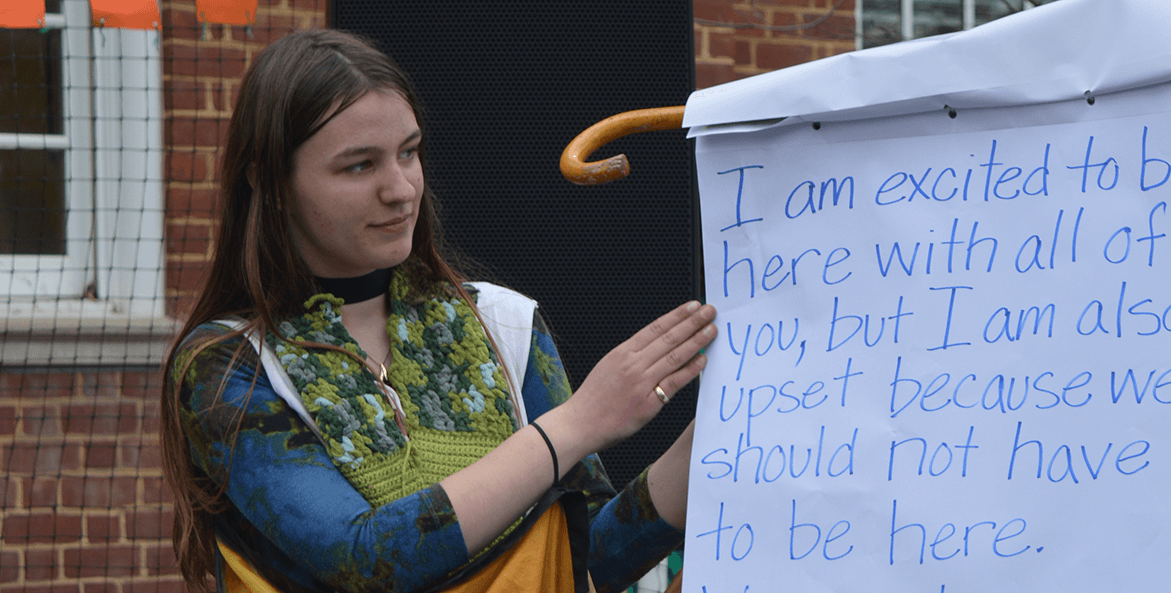 During the 2019 Maryland General Assembly session, Kallan sat in silent protest at the Maryland State House in support of the Green Amendment and other environmental legislation. During a Youth Climate Strike at that time, she had other students read her speech for her.

Kallan Benson is a CBF Student Leader who received Amnesty International's 2019 Ambassador of Conscience Award (alongside climate activist Greta Thunberg) for her role as Parachutes For the Planet codirector and in the Fridays For Future (FFF) movement. Kallan also received and returned (on behalf of FFF) the United Nations Environment Programme's Champions of the Earth award, stating, "We understand the Champions of the Earth award is a great honor, but we cannot accept it. Instead, we offer to hold it for you to earn."

I live up the Severn River from Annapolis and I have grown up swimming and sailing on the Chesapeake. Even in my short lifetime, the effects of climate change are apparent. Sunny day flooding in downtown Annapolis might seem like a trivial nuisance, but it will have lasting impacts on the profits of businesses along Ego Alley. It even threatens the Naval Academy, an anchor of Annapolis’s culture. Sea level rise also causes shoreline erosion and salt water intrusion which is affecting farms on the eastern shore and historic watermen communities. No one escapes its effects. Nine of the top ten hottest years on record have occurred in my lifetime. I have heard stories from older generations about ice skating on the Bay and its rivers after school in the winter. I have never seen ice stretch from one shore to another, let alone be thick enough to stand on. 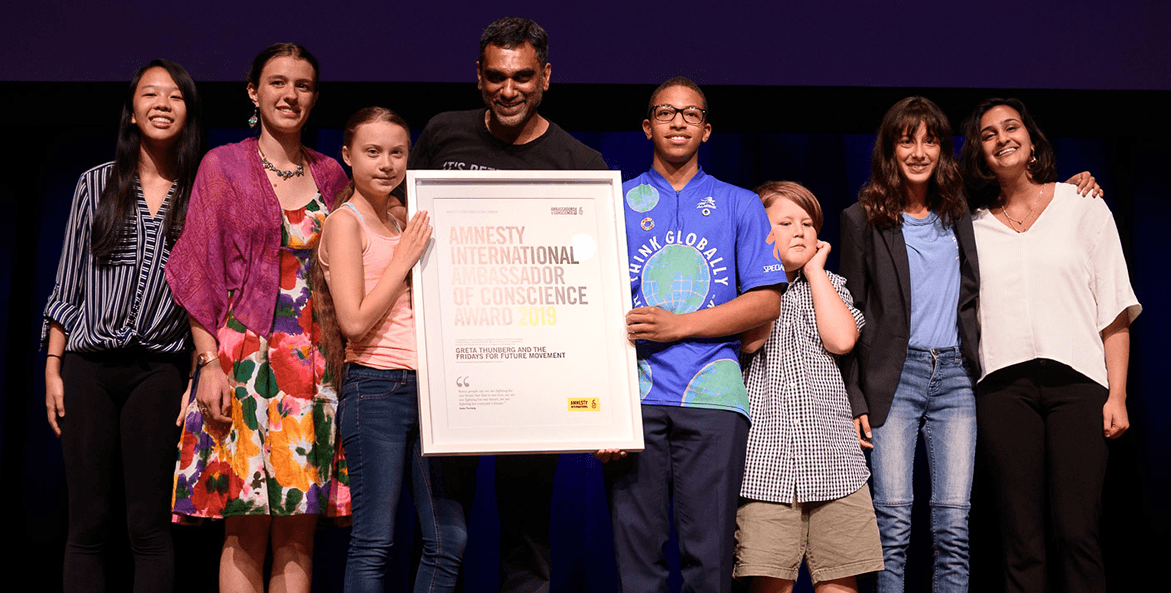 For us to save our Bay, we have to address our climate crisis. There have been some local victories with Maryland passing the Clean Energy Jobs Act and the District of Columbia committing to 100 percent renewable energy by 2032, but we need faster, more widespread action to protect the Chesapeake Bay and the entire world.

Youth activists are an essential part of the climate movement. My generation feels an incredible sense of fear and urgency because climate change is already disrupting our world and things will only get worse if we don’t take action. In 2018, I discovered the Chesapeake Bay Foundation (CBF) Student Leadership Program while attending the Maryland Environmental Legislative Summit. There, I met Megan Fink, Maryland’s Student Leadership Coordinator, and a group of CBF student leaders and I have been participating in the program ever since. One of my favorite memories is running a Bay Education Station at Six Flags’ Math and Science Day. Many students passed our station to jump on the roller coasters, but our Bay touch tank brought some curious students over. The security guards proved to be our most enthusiastic participants. It makes me smile to remember how their faces lit up when we showed them how to use a refractometer to measure salinity. I wish all adults were so open and excited by science.

I’ve spent 2019 committed to climate action with Fridays For Future, the school strike movement which exploded with energy last year when Swedish teenager Greta Thunberg started striking every Friday. Many students are striking because preparing for the future in the way adults are telling us to seems futile if fossil fuel emissions don’t stop. Not all youth have the ability to strike, so many have come up with creative solidarity actions. Some silent strike choosing not to speak on Fridays. Others wear signs or post pictures on social media. Many focus on periodic participation on global days of action. There are countless ways to get involved! The next U.S. climate strike is tomorrow, Friday, December 6. CBF student leaders will be there. Will you join us?

I hope that in the near future the global community will come together to end our climate crisis. I hope that we can tell our children and grandchildren that we listened to the science and acted to ensure a livable planet and just future for all.