It’s Time to Take Politics out of Fisheries 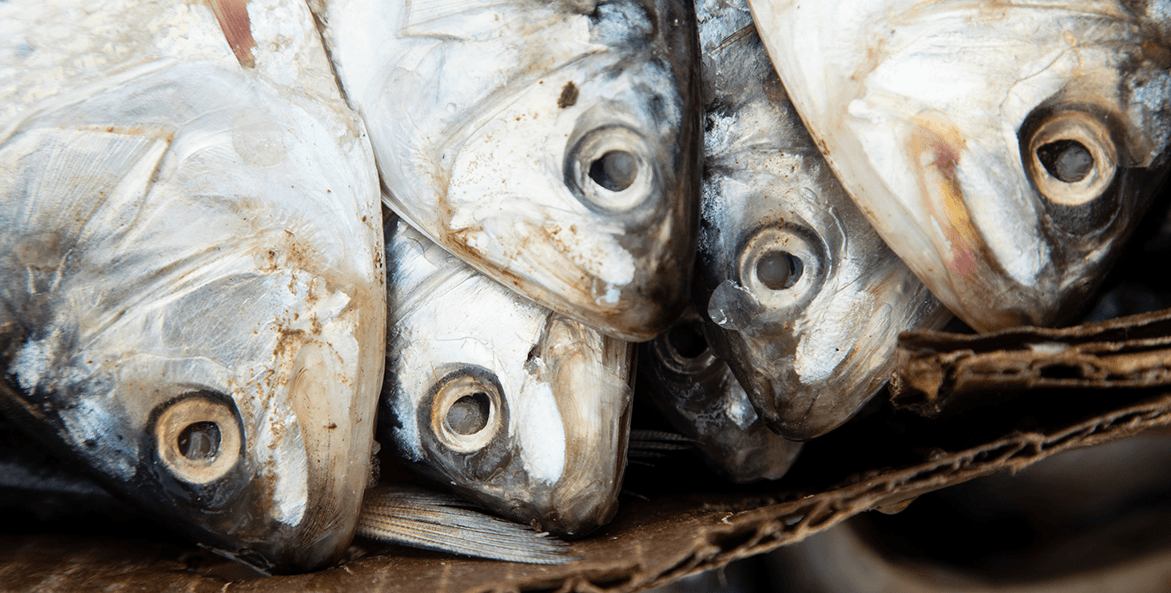 Menhaden are rich food source for everything from striped bass to osprey to whales.

For once, the Trump administration has made a good decision for the environment and the Chesapeake Bay. Now it’s up to Virginia’s General Assembly to make sure it sticks. This legislative session, it’s time to take politics out of fisheries.

Last year, Canadian-owned company Omega Protein caught millions more fish than allowed under a harvest cap on menhaden in the Chesapeake Bay. As a result, the U.S. Commerce Department ordered Virginia to come into compliance or face a shutdown of its menhaden fishery this June.

This could have easily been avoided if state fisheries regulators at the Virginia Marine Resources Commission had been at the helm. Now Virginia’s new General Assembly leadership must strongly support sustainable fisheries, avoid a total fishery shutdown and finally fix this mess by letting the VMRC manage menhaden.

The implications go beyond this oily fish, which is a rich food source for everything from striped bass to osprey to whales. Menhaden are also big business.

Omega Protein’s fleet based in Reedville, Va., catches more than 70 percent of all menhaden harvested on the East Coast. The company uses planes to spot large schools of fish, then encircles them with nets that are pursed tight. The fish are sucked out of the water by the thousands in giant shipboard hoses. These massive harvests make the tiny town of Reedville one of the top five ports in the country for seafood landings.

Surprisingly, people don’t even eat menhaden. Every year, Omega Protein grinds up hundreds of millions of them for fish-oil pills, fertilizer and animal feed. The company was recently acquired by Canadian aquaculture giant Cooke Seafood. So, as the bay’s striped bass population plummets, menhaden from local waters are instead feeding faraway farmed salmon.

Unfortunately, Omega Protein has a history of violations. It has already had to pay millions in fines and settlements for multiple Clean Water Act violations and misrepresentations regarding its government loans. By deciding to violate the harvest cap, Omega Protein put the livelihoods of its seasonal workers in jeopardy and imperiled smaller businesses that catch menhaden and would suffer under a shutdown.

Here’s how it’s supposed to work. In the 1940s Congress approved the Atlantic States Marine Fisheries Commission (ASMFC), which convenes experts from the federal government and regulators from every Atlantic Coast state to set quotas on the amount of fish taken in each state. This ensures sustainable fisheries that are split fairly among the states.

For every Virginia fishery except menhaden, the VMRC implements these quotas and related rules such as fishing-season length. But menhaden are the only fish that require ASMFC’s quota to be adopted by the General Assembly.

Omega’s powerful lobbying team in Richmond prevented the latest Chesapeake Bay harvest cap from being adopted into Virginia law, despite overwhelming public support and near-unanimous adoption by the ASMFC. The company then exceeded the limit, brazenly announcing the violation in a news release last September.

A shutdown will be avoided if the state brings the menhaden fishery into compliance before June. Legislators should simply transfer management of Virginia’s menhaden fishery to experts at the VMRC, which can resolve the issue. This would remove political pressure, ensure science drives decision-making and provide flexibility so that Virginia can adapt to changes quickly. One thing is very clear now that the federal government has backed up the ASMFC and found that Omega Protein put Virginia out of compliance. We need to take politics out of menhaden. This legislative session, Virginia must do the right thing for the environment and let the VMRC manage the largest fishery in the state, just as they do with all the others.