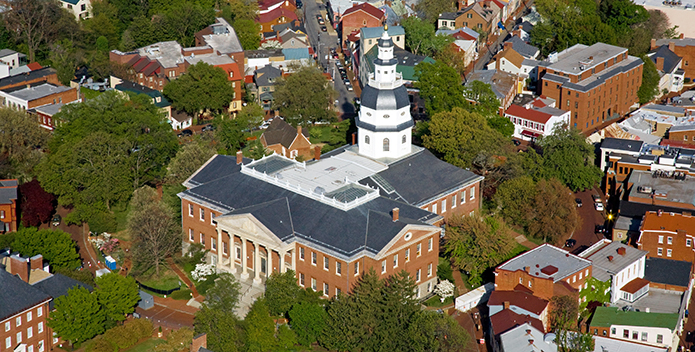 This originally ran in The Baltimore Sun.

The Chesapeake Bay Foundation is urging Maryland lawmakers to remain committed to improving the state’s environment as they begin the 2020 General Assembly session focused on education.

The state’s environment is facing unprecedented outside pressure. The Trump administration has already reduced vehicle exhaust standards, made it more difficult to protect communities from climate change and is working to scale back pollution protections for some seasonal waterways and wetlands.

At the same time, the Chesapeake Bay Clean Water Blueprint, the interstate agreement to reduce Bay pollutants by 2025, is at risk after Pennsylvania’s elected leaders failed to put forth a plan to meet its pollution reduction requirements. Pennsylvania makes up most of the Susquehanna River’s watershed, and the river contributes about 50% of the freshwater to the bay. While many individuals, conservationists and farmers are working hard to reduce pollution, without Pennsylvania’s leaders allocating resources to meet the state’s clean water commitments, the bay cleanup could fail.

Despite this possibility, the Environmental Protection Agency has not stepped in to try to force Pennsylvania’s elected leaders to invest in the cleanup or helped the state with additional federal funds. Instead, the EPA has signaled a potential retreat from their oversight role. Earlier this month, the agency’s Chesapeake Bay Program Director Dana Aunkst declared that the goals of the interstate cleanup were merely “aspirational.”

Now Maryland has an opportunity to lead by example. This year Chesapeake Bay Foundation is calling on state legislators to pass bills that will show Maryland’s commitment to the cleanup.

For Maryland to meet its 2025 Blueprint goals, the state must accelerate efforts to reduce runoff polluted with excess manure and other fertilizers from farm fields by increasing investments in cost-effective natural filters. The state currently subsidizes cover crop plantings and helps pay for farm upgrades through its agricultural cost share program to reduce the runoff. But there’s a major imbalance.

Maryland has relied far more on annual cover crop payments than helping farmers install natural filters such as forest buffers and grass pastures. In the past year, the state provided farmers with $18.8 million to plant cover crops while farmers received less than $5.1 million from the state to support capital projects. Only a small portion of those capital funds were spent on natural filter projects.

To address this, the “Helping Farmers Save the Bay” bill will update the state’s agricultural cost share program by defining fixed natural filters in code, adding related practices to the list of projects eligible for funding and aligning project funding and restrictions with other state and federal environmental laws and programs. The bill would also open the Bay Restoration Fund to pay for fixed natural filters as well as cover crops.

Funding these natural filters can save taxpayer dollars. For example, forest buffers cost about one-fifteenth the price of cover crops per pound of nitrogen removed, according to the Chesapeake Bay Program. Taxpayers only have to invest in natural filters once to enjoy their lifetime benefits, while cover crops must be subsidized each year. This bill will help farmers have equal access to cost share dollars to install the management practices that make the most sense for their farms and help Maryland achieve our pollution reduction goals.

Also this year, the Chesapeake Bay Foundation will continue to advocate for oysters in the legislature. An adult oyster can filter up to 50 gallons of water per day, and their reefs provide habitat for crabs and fish. Yet these benefits aren’t being realized because Maryland’s oyster population has declined by 50% since 1999, according to the state’s 2018 stock assessment. That decline continues the population loss oysters have experienced due to overfishing, pollution and disease since the late 1800s.

We’re asking the General Assembly to override Gov. Larry Hogan’s veto of a bill approved last year that would create a consensus-based oyster fishery management plan. The legislation would bring together environmental advocates, scientists, watermen and seafood sellers to create a plan to increase the state’s oyster population and ensure there’s a robust wild harvest. We will also support legislation to make sure that Maryland’s Department of Natural Resources keeps pace on this work after the delay caused by the governor’s veto.

By protecting, promoting and planting more natural filters on land and in the Chesapeake Bay, Maryland can help insulate itself against climate change as well as meet the 2025 pollution reduction goals of the blueprint. With the cleanup efforts facing pressure from forces outside the state’s control, we can’t delay these needed changes to improve Maryland’s environment