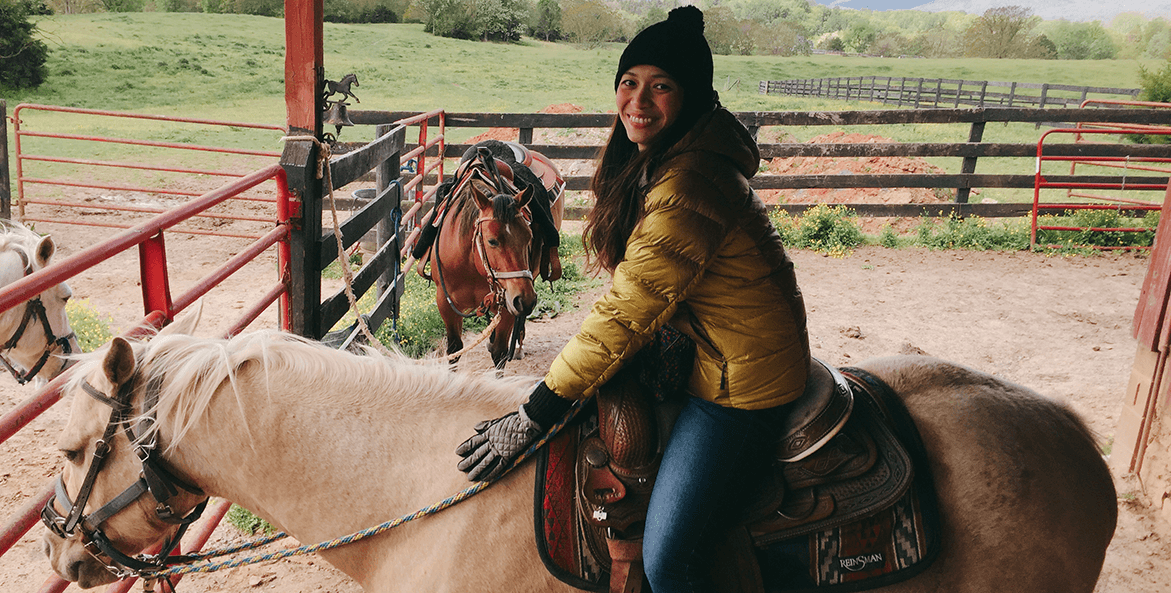 One CBF intern is looking to use Chesapeake Bay restoration efforts as a model for her native waters.

Megan Cariaso’s journey to interning with CBF began on a sleepless night in Japan in September 2018.

“I was just laying down in bed and could not sleep one night and remembered talking about the Chesapeake Bay in class and thought to myself, ‘I wonder what the Chesapeake Bay Foundation is doing right now’,” the 27-year-old Filipina says of her epiphanous moment. “I didn’t even know that CBF had a website. I typed in the name in Google search, and the website appeared. It was just lucky to see the job posting for the intern position.”

Cariaso was studying for her master’s degree in Global Environmental Studies at the time. She was inspired by a professor who loves the Chesapeake Bay and the book “The Environmental Case: Translating Values Into Policy,” by Judith A. Layzer. The book mentions CBF’s history and the call for regulatory oversight of restoration efforts.

“It was very good to see that momentum progress through time and environmental activism sustained,” Megan says. “I find that very encouraging and inspirational.” Megan says Manila Bay in the Philippines, and other parts of the world, could learn a lot from the Chesapeake Bay. During her CBF internship based in our Richmond, VA, office, she produced a report entitled “Lessons from the Bay: analyzing Chesapeake Bay strategies and insight to support Manila Bay restoration.” The report highlights how work to restore the Chesapeake Bay may relate to global clean water efforts and, specifically, to Manila Bay.

“It’s that attitude of standing firm on commitment, especially when it comes to local engagement,” she says, “and conducting extensive outreach to reach out to more stakeholders so they can feel ownership of projects.”

Though Megan has not been to Manila Bay since her younger years, she is concerned for the Bay’s future. She hopes to take her findings back to the Philippines and inspire action that can improve and protect it.

“Manila Bay has been historically important. It’s a body of water that can provide lots of riches, and it has not been managed well for many, many decades,” Megan says.

About 31 million people live in the Manila Bay region, and agriculture takes up 42 percent of the watershed. The Bay itself is about 695 square miles, with a catchment of about 7,400 square miles. High levels of nitrogen flowing from tributaries trigger harmful algal blooms in Manila Bay, threatening aquatic life and economic sustainability. A limited number of functioning sewerage services in Metro Manila aggravates the nutrient pollution problem in wastewater.

“I’m sure there are many Filipinos who are working for organizations that are looking after the Bay and doing their best,” Megan says, “but I think we need an extra measure of participation from the local people.”

This is easier said than done, Megan adds. Many people living around the Manila Bay watershed are informal settlers and live in poverty. Lack of funding and environmental education are also impediments in the region.

“It’s this web of interconnectedness of social and environmental issues that are really hard to solve,” she says.

During her internship with CBF that started last December and wraps up the end of this month, Megan has been most impressed with CBF’s commitment to community engagement and working together to solve a problem.

Attending the Virginia Sea Grant Symposium made a lasting impression. “It was wonderful to see brilliant minds together, sharing their research,” Megan says. “It was a haven for nerds in a really good way. I never knew I would enjoy networking that much. It felt like I was in school again. I guess as a graduate student, your heart remains in graduate school, wherever you go.”

Learning about CBF’s approach to the Bay molded Megan’s perspective. “I saw how organizations here value people as their most important asset,” Megan says. “It’s something that organizations around the world could learn from CBF.” She is left with a deeper appreciation of how to communicate effectively with people.

Megan says in Japan and the Philippines, it is not normal to approach people and ask how they are or if they need help. “Here it seems to be such a common way of relating to others,” she says. “Even with the WIP III (the Chesapeake Clean Water Blueprint’s Phase III Watershed Implementation Plan), encouraging people that if you see something, say something. I find that very powerful. Because there is that invitation to speak and assurance that you are going to be heard. It’s encouraging to see how it inspires action here in Virginia.”

Megan is hopeful that other places in the world can take up CBF’s model of local engagement. “One person can make a difference and so much more if you group them together,” Megan says. “I believe that a bottom-up kind of management would be very effective because it involves people from the get-go. I think that it’s very good that local engagement would be a top priority when implementing policies and activities.”

Dr. Joe Wood, CBF Staff Scientist in Virginia and Megan’s supervisor, says those with whom he has shared Megan’s story believe she is one person who can make a difference.

“Someone listening to an environmental success story and being willing to hop halfway across the world to a place where you don’t know anybody, to me that is very inspirational,” Wood says. “Beyond that, her response to engagement has made me truly appreciate what we have here. At CBF, we are constantly pushing engagement, pushing the envelope, making things go farther. You feel good about the prospects.”

Megan loves Bay oysters and crabs. Sadly, restrictions during the COVID-19 pandemic have limited her Chesapeake Bay experience to dry land. Still, Megan looks forward to engaging opportunities for enjoying the water’s riches long after her CBF internship is finished. Megan says she will look for research opportunities in Virginia, with her primary interest being aquaculture and sustainable agriculture, so she can one day take the Chesapeake Bay restoration model international.