Continuing the Fight for Clean Power 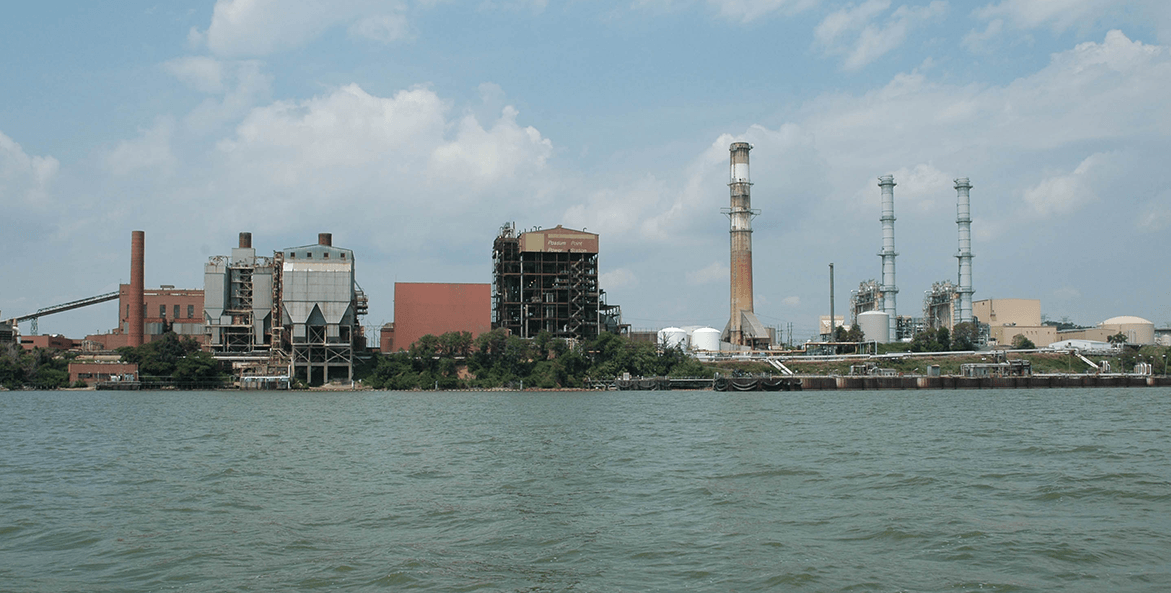 This spring, CBF filed the opening brief in our legal challenge to the federal government’s repeal of the Clean Power Plan and its replacement with the Affordable Clean Energy Rule. The case is a critical part of our fight to reduce greenhouse gas emissions from coal-fired power plants that cause climate change and pollute the Chesapeake Bay.

Making the Case for Clean Air and Water

In the fall of 2019, CBF, along with environmental and public health groups, states and municipalities, and industry groups, sued the U.S. Environmental Protection Agency (EPA) after it repealed the Clean Power Plan, arguing that the agency’s replacement rule—the Affordable Clean Energy rule—is unlawful.

The Clean Power Plan was a federal regulatory program designed to reduce greenhouse gas and carbon dioxide emissions from coal fired power plants by transitioning to cleaner energy sources. In repealing the Clean Power Plan, EPA incorrectly interpreted the Clean Air Act to severely constrain its own regulatory authority. The Affordable Clean Energy rule will be an ineffective replacement that will require few, if any, emission reductions and will ultimately lead to an increase in greenhouse gas emissions.

For example, the rule only requires power plants to install heat rate improvement measures to reduce greenhouse gas emissions. Heat rate improvement measures are technology improvements to how a specific unit operates that increase its efficiency, allowing the plant to use less fuel to generate the same amount of electricity. That sounds good, but it may actually lead to an increase in carbon dioxide emissions because more efficient power plants are often cheaper to run, meaning they can run for more hours in a day and release higher emissions over time.

The Clean Power Plan, in contrast, allowed coal-fired power plants to achieve emission reductions by averaging carbon dioxide emissions across a fleet of electric generating units they own—for example, by running certain facilities less or shutting down a unit and replacing that electricity generation with renewable energy. This would have accelerated the transition to cleaner fuels, rather than perpetuate the use of fossil fuels like coal.

Bottom line, the Affordable Clean Energy rule ignores climate change and rejects record evidence demonstrating the urgent need to reduce greenhouse gas emissions from power plants. The rule will be harmful to the health of the Chesapeake Bay and those living and working within the watershed because the nitrogen oxides (NOx) emitted from power plants enter the atmosphere and either combine with sunlight to form ozone or remain as a form of nitrogen that deposits into waterbodies—in fact, one-third of the Bay’s nitrogen pollution comes from the air. Moreover, it will worsen the impacts of climate change from which the Bay is already suffering and make it harder to meet the goals of the Chesapeake Clean Water Blueprint.

A Broad, Diverse Coalition of Support

CBF’s case has been consolidated with other appeals filed by NGO groups, energy organizations, and state petitioners into a single case, American Lung Association v. Environmental Protection Agency. Often in complex cases like this one, organizations or individuals will submit amicus briefs to explain to the court the real-world impacts of the regulation. Shortly after we and the other petitioners submitted our opening legal briefs this spring, 18 organizations and individuals representing climate scientists, cities and municipalities, members of Congress, faith organizations, and other environmental and energy experts submitted amicus briefs to the court in support of our argument.

Climate scientists demonstrated to the Court that the “primary source of human’s carbon dioxide emission in the United States is fossil fuel combustion” and highlighted the ongoing impacts of climate change we are already observing, including:

The National Trust for Historic Preservation showed how climate change will impact the city of Annapolis, Maryland, a historic city within the watershed that is reliant on tourism and coastal industries:

At present, Annapolis’ greatest danger is not a military attack, but a rising ocean, increased flooding, and hurricanes, all of which are exacerbated by climate change. According to scientists at the University of Maryland, the Chesapeake Bay’s water levels could rise by one to two-and-a-half feet by the middle of this century. The existing water levels already result in frequent flooding in Annapolis, and the damage will only continue to worsen. Routine high tides cause flooding, and warmer ocean temperatures cause stronger tropical storms off the Atlantic coast. Record-breaking storm surges fueled by climate change threaten to wreak havoc on Annapolis and other coastal cities.

A coalition of cities and local governments, including Baltimore, Maryland, submitted a brief illustrating how cities are on the front line of climate change and already experience its effects. As a waterfront city, Baltimore already experiences nuisance flooding, which will only worsen as the seas rise and land subsides in the city. Cities are also pushing forward climate change adaptation and mitigation measures, and their efforts are frustrated by the decision to repeal the Clean Power Plan and replace it with the Affordable Clean Energy rule. Cities will bear the brunt of the increased adaptation costs that result from the weakening of greenhouse gas reduction measures.

Now, we wait for the government to respond to the arguments made in the opening briefs. EPA's brief is due June 16, and CBF's reply brief is due July 30. After briefing is completed, the court will schedule oral arguments.

The support shown from so many different facets of our country illustrates the importance of this case and its implications for climate change. In issuing these regulations, EPA has failed to address the most pressing environmental issue of our lifetimes—reducing carbon dioxide emissions from power plants. The EPA has a duty to regulate and reduce these harmful emissions, and the Affordable Clean Energy rule is wholly insufficient. And as the amici demonstrated, we have no time to waste.