The Original Inhabitants of Our Land 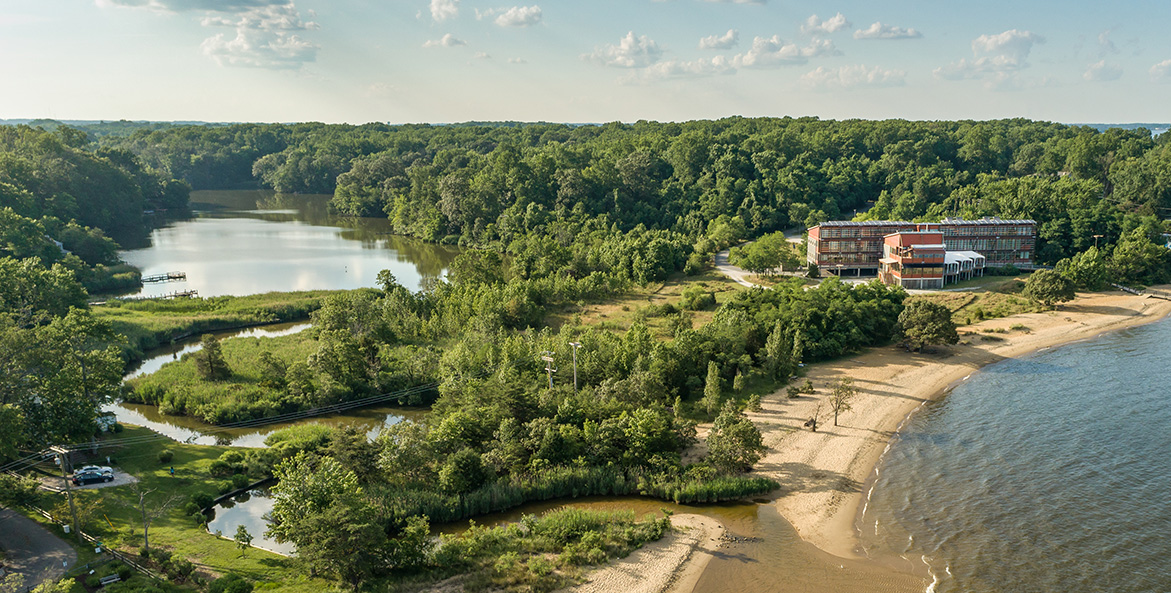 The Chesapeake Bay region today is home to 18 million people and 3,600 species of plants and animals. But the landscape of the Bay region was vastly different before European colonist came ashore more than 400 years ago. Countless Native American tribes lived off the land from Virginia to New York. In the Hampton Roads area of Virginia, as many as 30 separate Algonquian-speaking tribes called the area home (including our Chesapeake Oyster Alliance partners, the Nansemond Tribe).

Despite the deep history, culture, strength, and connection to the lands and waters of the Bay region of these Indigenous peoples, their population fell dramatically after European settlers arrived. Many were killed, others died of disease, and those who were left were forced off their ancestral homeland and relocated.

Today, tens of thousands of people who identify as Native American live in the Chesapeake region. Multiple states around the region have recognized native tribes, among them some of the first to be federally recognized. Indigenous people are still here, and they’re thriving.

To honor these Indigenous communities, we want to acknowledge the original stewards of the land on which our office buildings sit. Find out what tribal land you call home using the Native Land tool.

Editor’s note: All of our information is based off the Native Land tool, if you know of any other tribes that call these locations home, please let us know so we can properly acknowledge them.

Learn more about the Piscataway Tribe

Learn more about the Susquehannock Tribe

The Anacostans (also known as Nacotchtanks) were a native Algonquian-speaking people who lived around what is now known as Washington, D.C. during the 17th century. Their principal village, named Nacotchtank, was situated on the southeastern shore of today’s Anacostia River and was believed to be an important trading center. Although it is said that the Anacostans experienced minimal disruption to their way of life after contact with colonists, tensions mounted and after disease and war devasted the Anacostan people, forcing them from their home. They relocated to Anacostine Island (present-day Theodore Roosevelt Island) and likely merged with the Piscataway and other nearby tribes.

Learn more about the Anacostan Tribe

The Nanticoke people—meaning "Tidewater People”—first came into European contact in 1608 with the arrival of captain John Smith. The Algonquin-speaking tribe were located throughout the Delmarva Peninsula. Many Nanticoke people still live in Delaware today, while others joined Lenape and Munsee groups in their forced travels through Pennsylvania, Ohio, Indiana, Oklahoma, and Ontario, Canada. Some Nanticoke people are part of the federally recognized Six Nations of the Grand River First Nation in Ontario, Canada. Some who were forced from the land are now part of the federally recognized Delaware Tribe of Indians in Oklahoma. The Nanticoke Lenni-Lenape Indians are a state recognized tribe in New Jersey. In Delaware, the Nanticoke Indian Association of Millsboro has been state recognized since 1881.

When the English arrived in 1607, ancestors of the Powhatans had been living in eastern Virginia for thousands of years. It is estimated that there were about 14,000–21,000 Powhatan people in eastern Virginia when the English colonized Jamestown in 1607. The Powhatans were comprised of various tribes that each held some individual powers locally and each had their own chief. But these tribes were in the Powhatan Confederacy and all paid tribute to a paramount chief. As of 2014, the state of Virginia has recognized eight Powhatan Indian-descended tribes in Virginia. Two of these tribes, the Mattaponi and Pamunkey, still retain their reservations from the 17th century and are located in King William County, Virginia. In 2018, the federal government recognized tribes that were part of the Powhatan Confederacy: the Pamunkey Indian Tribe, Upper Mattaponi, Rappahannock, and Nansemond.

Learn more about the Powhatan people

The Chesepian or Chesapeake people were part of the Powhatan Confederacy and inhabited the area now known as South Hampton Roads, Virginia. According to William Strachey's The Historie of Travaile into Virginia Britannia (1618), they were destroyed as a nation before 1607 on the basis of a vision by the Powhatan leader. Their villages were resettled by members of other Powhatan tribes.