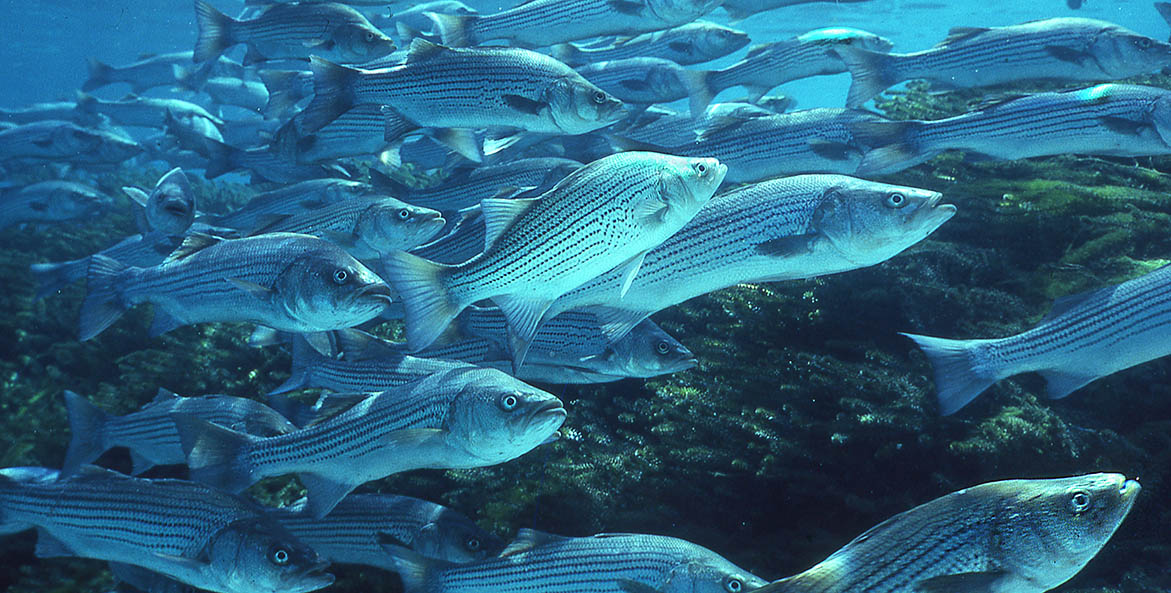 If a fish is found in waters along the East Coast of the United States, and humans like to catch it, chances are good the Atlantic States Marine Fisheries Commission (ASMFC) has something to do with it. Here's what you need to know about this influential fishery management body and how it affects the Chesapeake Bay and some of our favorite fish.

What is the ASMFC?

The Atlantic States Marine Fisheries Commission (ASFMC) is a cooperative fishery management body formed by an interstate compact in the 1940s. It is comprised of representatives from the 15 states along the Atlantic Coast of the United States, from Maine in the North to Florida in the South, and two federal agencies, the National Oceanic and Atmospheric Administration and U.S. Fish and Wildlife Service. Each state is represented by three commissioners—an administrator from the state's own fishery management agency, a governor's appointee, and a state legislator. When ASMFC takes action on a specific issue, each state has one vote and the states' delegates work together to determine the state's position and final vote.

What does the ASMFC do?

Many fish species that are important for commercial and recreational fishing, such as striped bass and black sea bass, migrate along the Atlantic Coast throughout their lives, crossing state boundaries. It is therefore difficult for any one state to effectively conserve fish populations and manage how many fish are caught. The ASMFC's job is to cooperatively manage and preserve these fisheries as a shared resource for all of its member states. It does so by creating coastwide fishery management plans, which outline how many fish can be sustainably caught and what conservation measures are needed based on scientific assessments of fish populations, fish harvests, and other data. States that do not comply with the coastwide management plans can face a federal moratorium on their fishing activities.

Why is the ASMFC important to the Chesapeake Bay?

The ASMFC manages some of the Bay's most important and iconic fish populations—including striped bass, menhaden, shad, and bluefish. The agency helps ensure the long-term viability of these species by making sure they are not overfished, both when they are in the Bay watershed and when they migrate to other state waters along the coast.

Why is the Bay important to coastwide fisheries?

The Bay, as North America's largest estuary, plays a vital role in the life cycles of many Atlantic Coast fish and is therefore an important piece of coastwide management plans. For many species, the Chesapeake Bay is known as a “nursery” where fish are spawned and juvenile fish spend the first few months or years of their life. For example, striped bass begin their lives in the Bay's rivers and streams and remain in the Bay until they are four or five years old, at which time they move into the ocean and migrate up and down the coast. As adults, they return to the Bay each spring to spawn and start the cycle over again. The ASMFC uses surveys of juvenile striped bass in the Bay to help guide its fishery management plan for the species coastwide. In fact, the Atlantic Striped Bass Conservation Act passed by Congress in 1984 was driven in large part by a drop in the number of young striped bass in the Chesapeake Bay watershed, and it was pivotal for shaping the ASMFC into the widely influential organization it is today.

How can I get involved and find out more about ASMFC issues?

Public input is an important part of ASMFC's fishery management process, and you can find the documents available for public comment on its website. CBF is actively engaged in many of the agency's management decisions that affect Bay fisheries. Learn more about the issues, our fishery priorities, and how you can help on our Fisheries page.