'The Greatest Opportunity': 5 Takeaways from Secretary Blinken's Climate Speech on the Chesapeake Bay 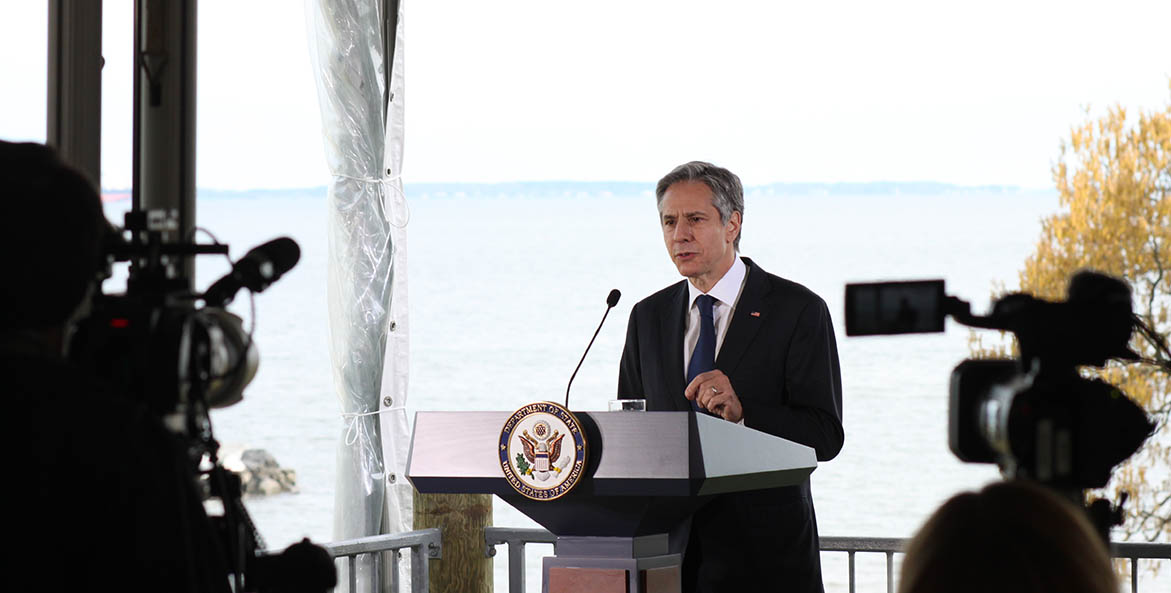 In a national address from CBF headquarters in Annapolis, U.S. Secretary of State Antony Blinken this week called for American leadership on climate change and highlighted the Chesapeake Bay as a blueprint for innovation to lead the world forward. Here are five big takeaways from his speech.

1. The Secretary put climate change on equal footing with the biggest threats facing Americans and the world.

Secretary Blinken let the nation and the world know, in no uncertain terms, that climate change will be a front-and-center priority in American foreign policy.

"I spend a great deal of my time focused on threats to America's security and interests—aggressive actions by Russia or China, the spread of COVID-19, challenges facing democracies," he said. "But an equally grave threat to the American people, and an existential one over the long-term, can be seen right here, on the Chesapeake Bay, where the costs of climate change are already manifesting themselves."

2. Climate change is real, and it's happening NOW.

The Secretary underscored that climate change is not a far-off threat. It's here now, and it's already affecting American communities, jobs, and landscapes—including the Chesapeake Bay. Sea levels here are rising at some of the fastest rates in the nation. Water temperatures in more than 92 percent of the Bay and in streams across the watershed have warmed significantly. And underwater grasses and fish are feeling the heat.

"Warming temperatures caused by human activity are transforming the Bay," Blinken said. "If this continues at the current pace, in just 80 years, the Bay will stretch inland for miles, overtaking the homes of 3 million people, destroying roads, bridges, farms. Many of the Bay's plants and animals will die out. So will the fishing industry. For my children's children, the landscape will be unrecognizable. We have to stop this from happening while we still can."

Secretary Blinken emphasized the need for America to lead the world on climate by the "power of our example"—by investing in clean energy research and development; promoting equity and inclusiveness in climate investments; empowering youth; enlisting the expertise of state and local governments, businesses, and civil society organizations; and ensuring communities hit hard by the transition are not left behind.

"If America fails to lead the world on addressing the climate crisis, we won't have much of a world left. If we succeed, we'll capitalize on the greatest opportunity to create quality jobs in generations. We'll build a more equitable, healthy, and sustainable society. And we'll protect this magnificent planet," he said.

4. Climate change is a huge opportunity for innovation and jobs.

Highlighting the massive global need for new infrastructure and renewable energy, Secretary Blinken said the United States not only has an opportunity for economic growth, but the ability to make sure it's done in a way that is green, sustainable, transparent, and respects workers' rights and local communities.

"It would be a mistake to think of climate only through the prism of threats. Every country on the planet has to do two things: reduce emissions, and prepare for the unavoidable impacts of climate change. American innovation and industry can be at the forefront of both," he said. "We can turn the greatest challenge in generations into the greatest opportunity for generations to come."

5. The Bay is an example of the way to move forward.

What comes next? Citing the world-leading green building designs of CBF's Philip Merrill Center and Brock Environmental Center, Maryland's emission-reduction targets and programs to help farmers implement carbon-trapping, pollution-reducing conservation practices, and wide-ranging Bay restoration efforts, Secretary Blinken held up the Chesapeake Bay as an example of the leadership and innovation America—and the world—needs to meet the climate challenge.

"From this very same place, we can also see examples of American innovation and leadership that, if taken to scale, can prevent a climate catastrophe and benefit American workers and communities," he said. "It's changes like these that will help preserve the Bay as we know it, and all of the communities and livelihoods it sustains. This is the blueprint for American leadership on climate—bringing together innovation from government and the private sector, communities and organizations." 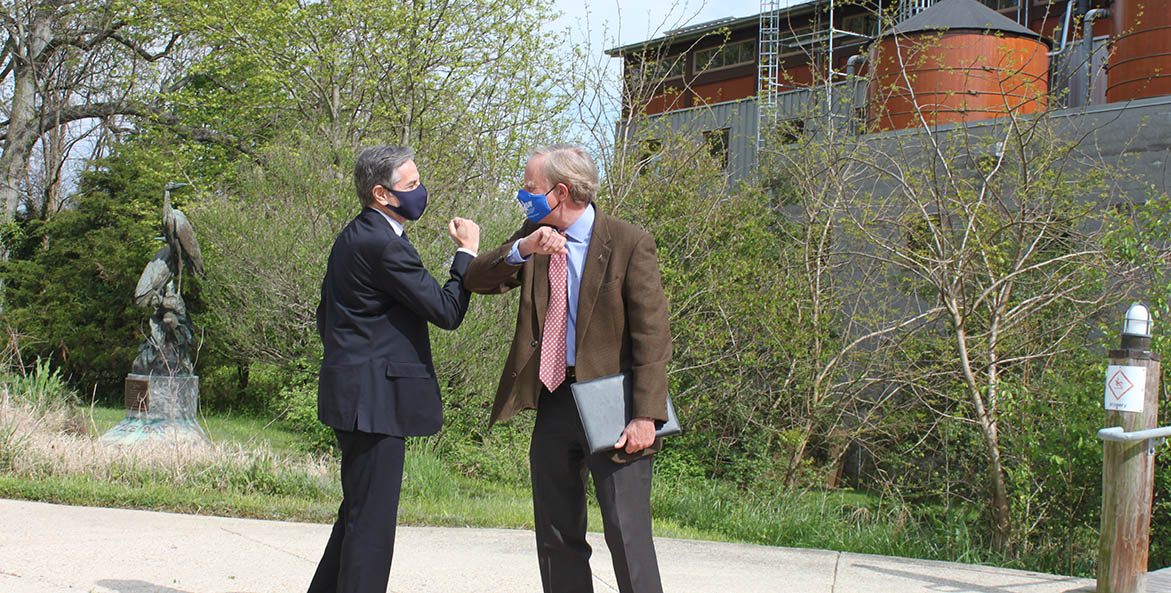